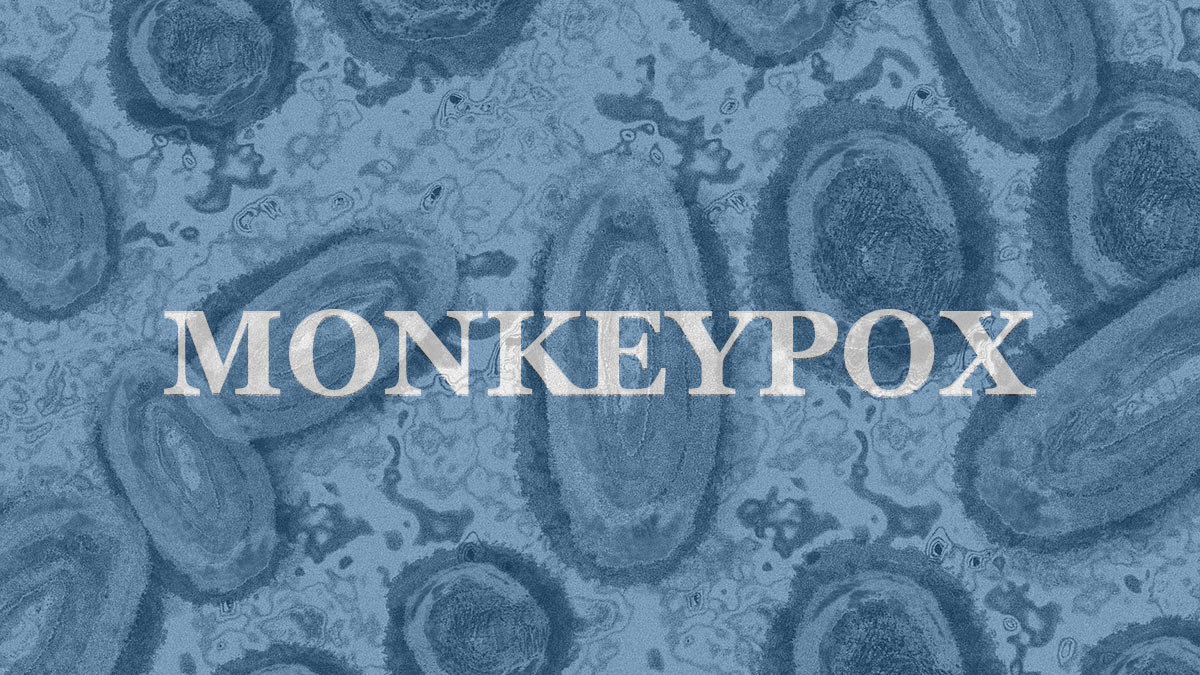 Monkeypox is the most recent infectious disease to plague the minds of South Carolinians.

Monkeypox, while new to the headlines, is not a new virus. The first case of monkeypox was identified in humans in 1970. Its newfound fame is a result of its recent escape from Africa and growing global spread; however, “It’s not an MSM disease; it’s not an African disease; it’s simply an infectious disease,” said MUSC Immunologist Dr. Michael Schmidt, referencing a saying from his colleague, Dr. Dan Griffin, of Columbia University. “The virus doesn’t care who it gets,” Dr. Schmidt added.

Monkeypox is spreading mostly through close, intimate contact with someone who has the disease, frequently detected in saliva and semen. “It’s literally wandering around our body ready to donate itself to the next victim,” said Dr. Schmidt.

Data published by the Centers for Disease Control suggests monkeypox is disproportionately affecting gay, bisexual and other men who have sex with men. In a study of monkeypox cases in the United States from May 17, 2022, through July 22, 2022, found that 99% of cases were among men and, among those with available information, 94% reported male-to-male sexual or close, intimate contact during the three weeks before the onset of symptoms.

“This association with just the physical contact that occurs during sex I think has led to some confusion that this only a sexually transmitted disease,” said infectious disease expert Stephen Thacker. “And certainly it’s not.”

Monkeypox is spread through skin-to-skin contact with the rash and contaminated towels, linens and clothing fabrics as well as direct exposure to respiratory droplets. The risk can be mitigated by properly cleaning areas where dirty objects can congregate, such as the house and the locker room, with common disinfectants.

Monkey see, monkey do is an appropriate saying describing the virus. Developing comparable immunity to other orthopox viruses, such as smallpox and cowpox, will help protect against monkeypox. Additionally, the vaccine technology that eradicated smallpox offers protection against this disease and there are vaccines available now.

The JYNNEOS vaccine was approved in 2019 for smallpox and monkeypox prevention and the ACAM2000 vaccine has been made available for use against monkeypox under an expanded access investigational new drug protocol, according to the Centers for Disease Control and Prevention.

“If you are exposed inadvertently, you can actually take the vaccine within four days of exposure to prevent the onset of getting those painful lesions,” said Dr. Schmidt.

This window for achieving protection is open for about 14 days, but, as each day passes, the strength of potential protection wanes. If you do get the vaccine, you may still be infected, but whether you manifest the symptoms depends on how quickly you get the vaccination after you are exposed.

If the disease does develop, a rash may progress into small papules that appear as deep-seated, firm, rubbery blisters with a well-defined border. These lesions can appear umbilicated – looking like an innie belly button. From there, the blister will sloth off and begin to scab. Symptomatic individuals have described the feeling of the blister to sitting on ground glass.

Dr. Thacker urges everyone – non-health care people and local and global public health entities – to get oriented to what the symptoms of monkeypox look like and be prepared to provide resources for those most at risk for acquiring the infection and most at risk for a poor outcome if they are exposed and infected.

As of Aug. 14, 2022, there were 60 confirmed cases of monkeypox in South Carolina out of the 11,177 total confirmed cases in the United States. South Carolina has yet to have a pediatric patient; however, Dr. Thacker advises caution at school gatherings and with contact sports, noting the historically worse outcomes of this infection for children 8 and under.

“If you have a rash that you don’t have an answer for, it’s time to really seek health care to get a diagnosis,” said Dr. Thacker. “Abstain from having skin-to-skin close contact with others until you get an answer for what could be causing the rash.”

Listen to the full interview with infectious disease expert Dr. Stephen Thacker and immunologist Dr. Michael Schmidt from the University of South Carolina on the HealthLinks Podcast.