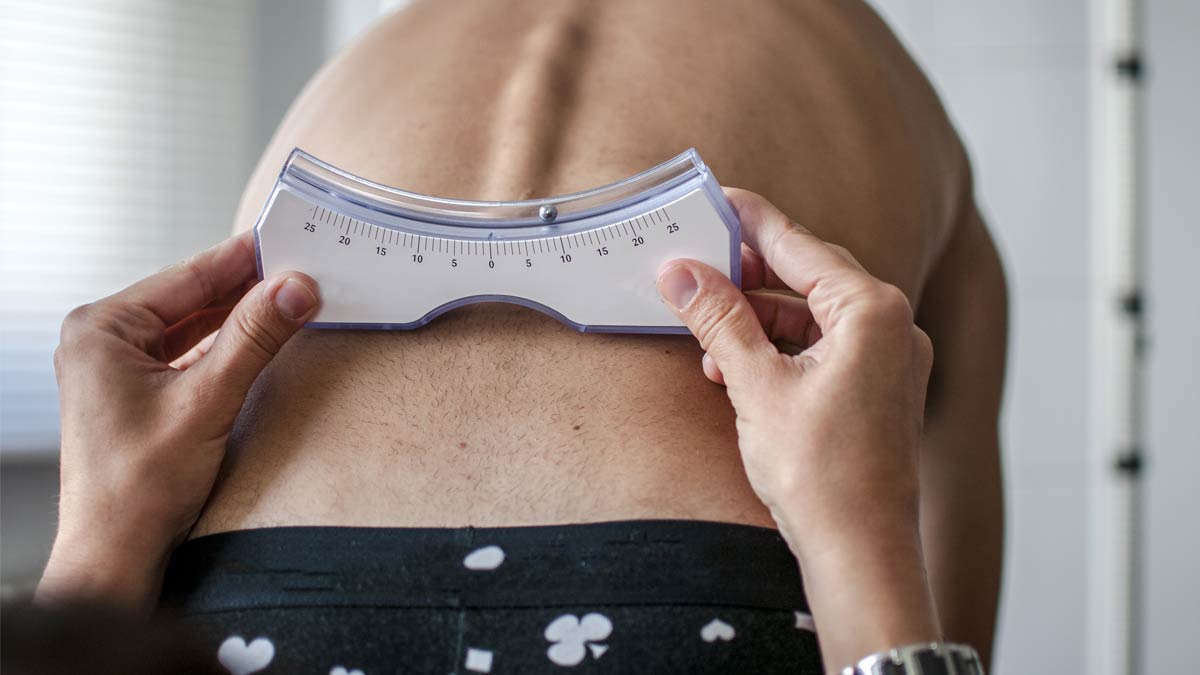 Scoliosis, in medical terms, is a lateral deviation of the spine and affects one third of the population to some degree. That seems troublesome. However, only about 1 percent of those detected with the condition require active treatment. In most cases, therapy or wearing a brace to correct the problem prevents it from worsening. Only in extreme cases is surgery necessary.
Scoliosis shows itself most commonly between the ages of 7 and 13, with females more affected by the condition. The medical profession still does not have a complete understanding of why it develops.

“Idiopathic scoliosis usually begins in the pre-teen and early teen years,” observed Dr. Kevin M. Mobley, a fellow of the International Chiropractic Pediatric Association who practices with Community Chiropractic, LLC in Easley and Simpsonville. “And it affects females at a rate of 10 times higher than males.”

“Scoliosis is the most common spinal deformity in school-age children, affecting more than 4 million people in the United States. Each year, it is reported that approximately 442,900 office visits, 133,300 hospital visits and 17,500 emergency room visits are made by children with scoliosis,” Dr. Mobley explained.

“Treatment is recommended when the curve of the spine exceeds 45 to 50 degrees,” said Dr. Robert F. Murphy, a pediatric orthopedic surgeon at MUSC Children’s Health specializing in the care of musculoskeletal conditions in children and adolescents. “At this point, there could be continued progression of a degree or so a year into adulthood, which can become highly problematic.”

Fortunately, even with the worst cases of scoliosis, it is rare for the condition to affect breathing or the internal organs.

In youngsters, Scoliosis is sometimes difficult to detect if the curve is slight.

“Many children will display no visible outward symptoms,” said Dr. Murphy. “Sometimes one shoulder or hip might appear to be higher, and parents or a coach may detect it when a child has a jersey or a bathing suit on. Or a T-shirt may be hanging off one side more than the other.”

Dr. Murphy said the presence of scoliosis is most often detected by pediatricians or family practitioners during a child’s regular wellness visit.

“Our primary care providers have been so good with noticing curves of the spine so that we can catch the problem and intervene in a safe and timely fashion,” he said.

“When children reach the age of 8, they should begin to be tested for scoliosis,” said Dr. Mobley. “This check should be done annually until they are 16 years old. I recommend testing the children slightly earlier than the normal age that scoliosis begins so that we can see early changes in the curvature before it begins to get too severe. By checking earlier, the outcomes of children responding to conservative scoliosis care is much more promising.”

A common treatment for scoliosis is wearing a brace for anywhere from six to 24 months, depending on how much more the child is expected to grow and the degree of spinal curvature. The brace may have to be worn between 12 and 18 hours a day, every day, to be effective.

“We always need the child to buy into the act of wearing a brace,” said Dr. Murphy. “Sometimes this can be a difficult process because children in the pre-teen and early teen years may be conscious of their appearance. But there is support from medical staff, family and friends to rely on. We tell the child that wearing a brace for even two years is not going to define them as a person. They are normal kids just like anybody else. Frequently, if they don’t want to wear it to school, they don’t have to.”

Bracing systems have progressed, thanks to modern technology, allowing the treating physician to acquire a 3D mapping of the child’s body, which is conducive to a precise, appropriate fitting.

Sometimes, there is no need for bracing.

“Chiropractic care has been utilized as an effective nonsurgical technique to improve scoliosis and decrease the amount of angulation in patients with mild scoliosis,” observed Dr. Mobley. “Specific spinal adjustments mirror imaging exercises and stretches have been shown to improve the curve in patients suffering with scoliosis. Physical therapy can also be helpful and utilized as a non-surgical/non-traditional correction to scoliosis.”

Yearly monitoring of a child’s spine and early intervention if a significant spinal curve presents itself are keys to lessening the effects of scoliosis as the child matures into adulthood. 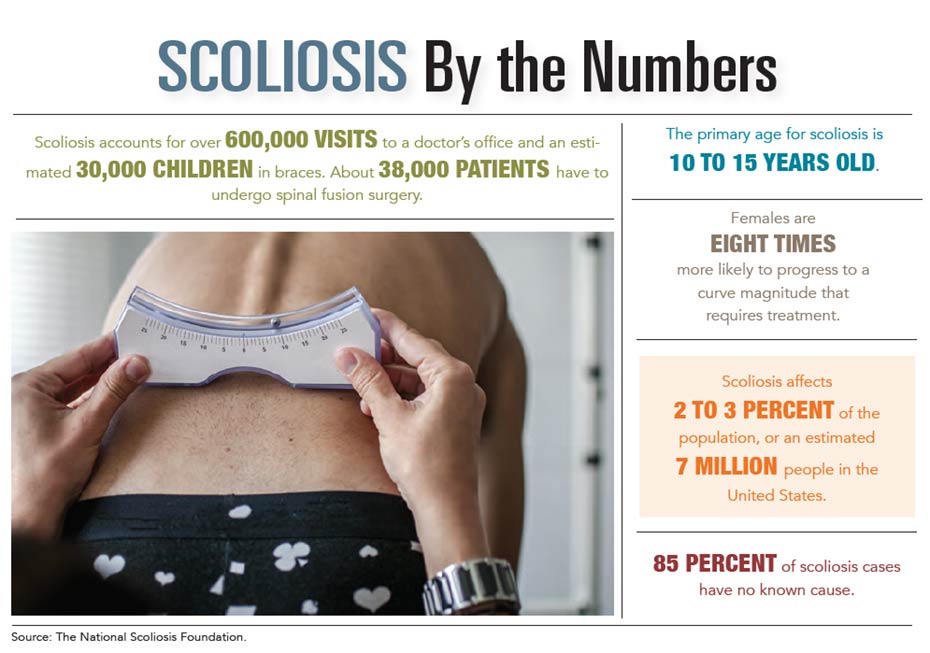