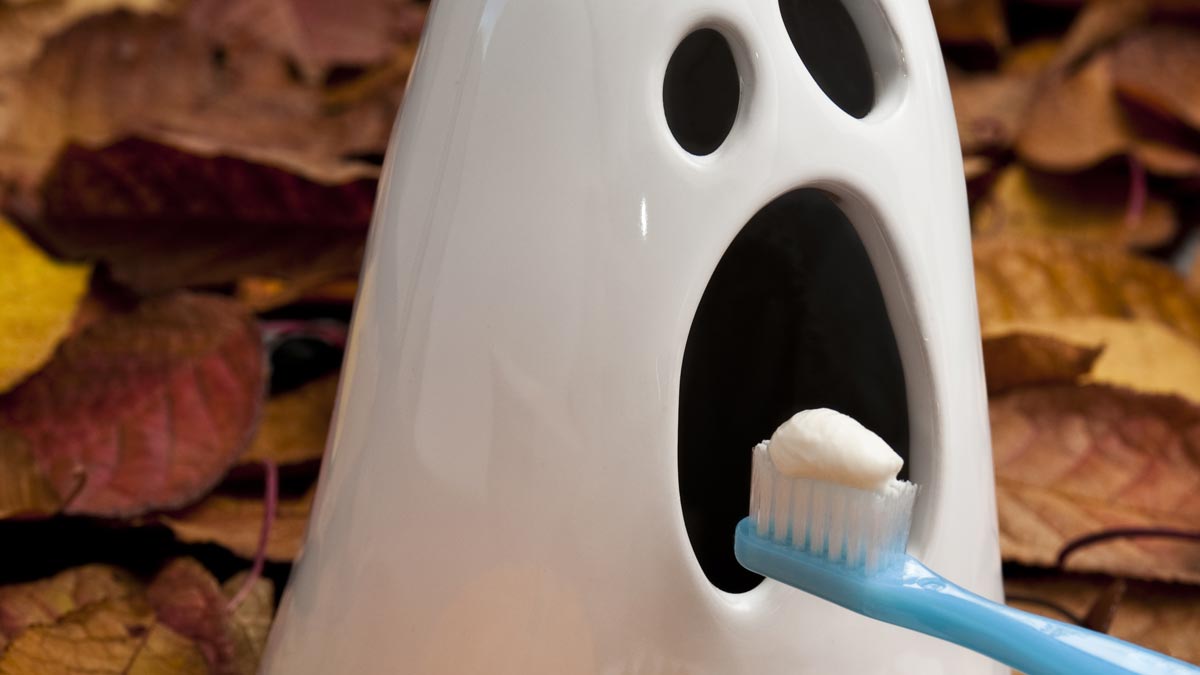 My younger brother Stevie had Halloween candy until Easter and Easter candy until Halloween. That would not have been the case had I been able to uncover his stash, try as I did. Frustrated with my inability to locate and raid his trove, I’d ravage his sock drawer with a vengeance, scattering his perfectly aligned tube socks all over his room. Forty years later, he still won’t reveal his hiding place. I’m convinced he took it with him everywhere he went.

Stevie was a dentist’s dream. An unabashed nerd, he brushed after every meal, even at school. He flossed before flossing was a thing. He dutifully donned the headgear for his train-tracks every evening, promptly at 8 p.m., after kissing his toothbrush goodnight. Never once did he sneak even a Toostie Roll before bed. No surprise he’s now a mechanical engineer with perfect teeth.

“Enjoy it!” exclaimed pediatric orthodontist Dr. Katie Bullwinkel of Summerville Pediatric Dentistry & Orthodontics, when asked for her best advice in dealing with Halloween candy. Wait … what??? Lest you think Dr. Bullwinkel has a slick, cavity-inducing marketing plan up her sleeve, she immediately went on to qualify that advice.

“Have fun and be done!” Dr. Bullwinkel recommended. “However, the kiddos need to be ‘mindful’ about what they are eating and not stuff all of their candy into their mouth in one sitting. And, obviously, clean thoroughly when they are finished.”

“It’s the quantity that causes a lot of the problems,” stated Dr. Bullwinkel, adding, “Stick to the chocolate!”

“Just say ‘no!’ to sticky and gooey,” she advised, explaining, “your saliva almost ‘washes’ the chocolate off your teeth, as opposed to caramel and gummies, which are more likely to coat your teeth, leaving sticky residue in the spaces between your teeth and gums.”

Another reason to choose chocolate: The length of time the candy remains in your mouth plays a part in tooth decay. Bacteria, occurring naturally in everyone’s mouth, feeds on sugar and produces a weak acid. That acid, in turn, eats away at the hard, protective covering on your teeth, aka the enamel. Once the enamel is weakened, the stage is set for tooth decay, manifested most commonly as a cavity.

Consequently, the ephemeral nature of chocolate, dissolving and being washed away with your saliva, makes it the hands-down winner over hard and gooey candies, whose residual coating can literally stick around for hours.

So from a dentist’s point of view, better to savor a piece of dark chocolate, naturally lower in sugar, for two to three minutes than to suck on a hard candy for longer.

“The sugar in the hard candy is going to get into your saliva and ‘bathe’ your teeth,” explained Dr. Cooper.

Dr. Frank Adams, with Bridge Dental, has seen his share of tooth decay in his 39 years of practice. He concurred with Drs. Bullwinkel and Cooper with regard to being fastidious about dental hygiene, particularly on occasions like Halloween, when copious amounts of sugar are consumed.

“It’s not rocket science. Consistent brushing and flossing are the key components to a healthy smile,” he said.

Dr. Adams suggested children be taught to floss “as soon as they are old enough to manipulate the floss between their teeth.”

“Set an example,” he added. “As a parent, let them see you flossing on a daily basis.”

“If it’s sticky, be picky,” Dr. Bullwinkel continued. “Be choosy. Go for quality over quantity. The Monday after Halloween is typically my busiest day for ’emergencies’ — broken brackets from chomping hard candy, missing wires and dislodged expanders from the gooey, chewy varieties.”

“Rinsing your mouth with water after eating any type of candy is helpful in eliminating residual sugar, as is chewing sugarless gum,” she stated, pointing out that gum chewing increases salvia production, which in turn neutralizes and washes away the acid.

Drs. Adams, Cooper and Bullwinkel all agreed that the best defense against tooth decay is to brush thoroughly at least twice a day and to floss – advice that transcends the day of and the days following Halloween. 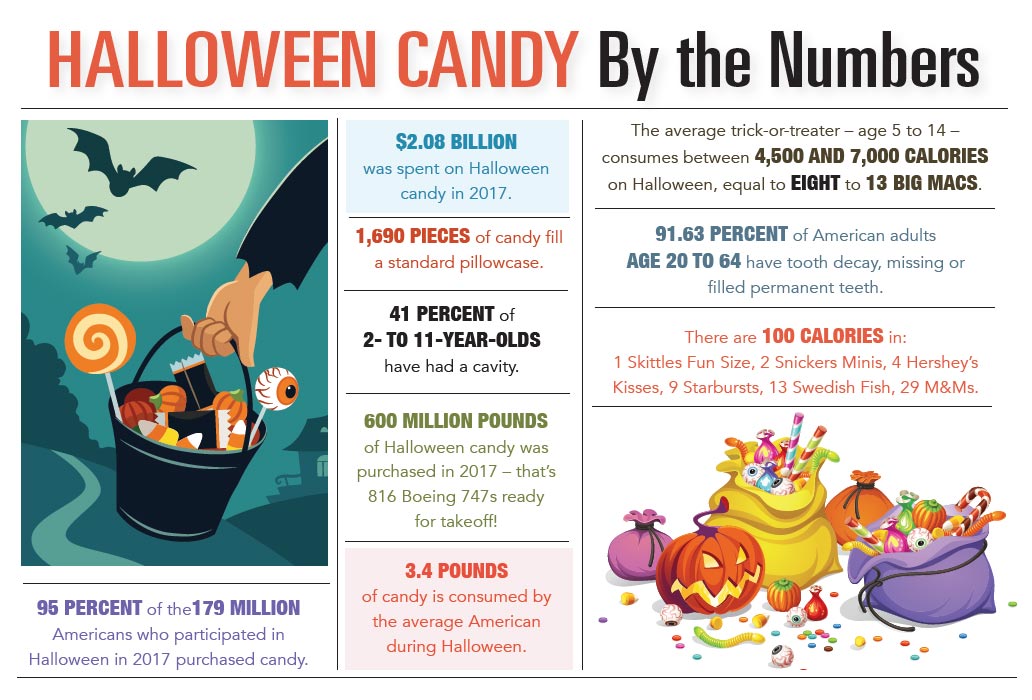