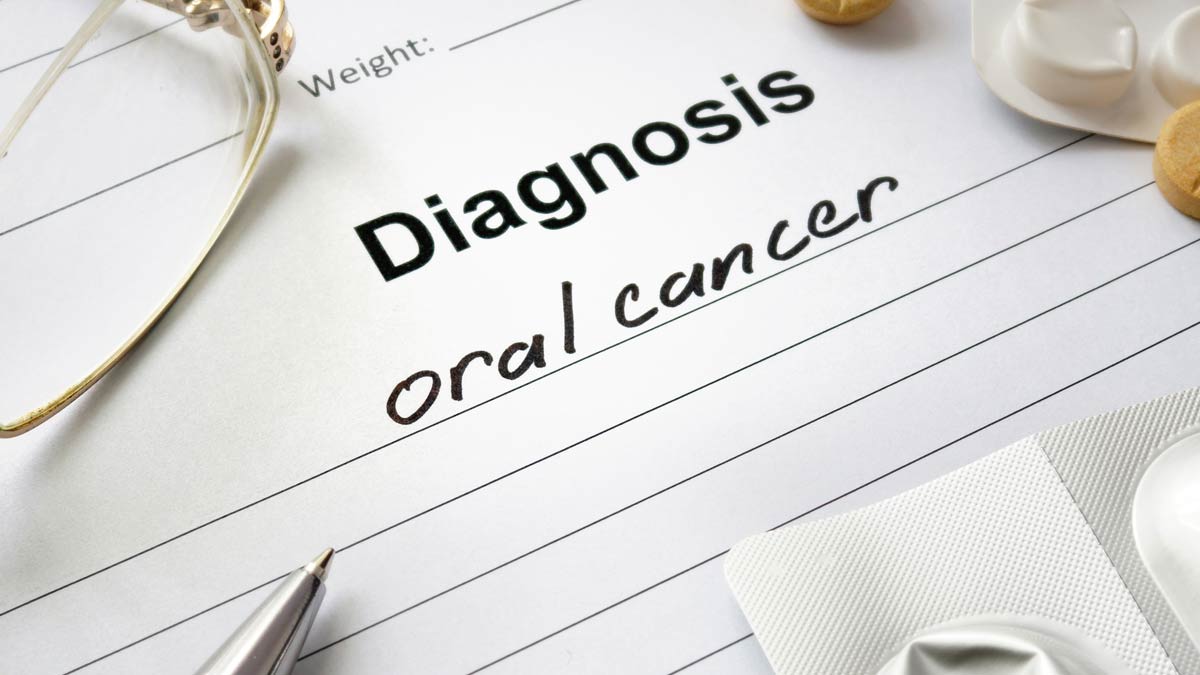 Dr. James Richart of Northbridge Family and Cosmetic Dentistry knows a lot about oral cancer – and it isn’t just because he is a dentist. Sure, he checks for it in every patient he sees, and he knows exactly what to look for and the telltale signs. But, on a more personal level, he knows about oral cancer because his own brother had it.

As a dentist whose father was a dentist as well, when someone in your family is diagnosed with oral cancer, it is nothing short of a punch to the gut.

Oral cancer is often caught first by a dentist during a patient’s regular exam. There are lesions they look for inside the mouth – on the roof, floor and cheeks and on the gums, lips or tongue – and they also check for nodules in the neck area.

When caught early, oral cancer has a high success rate, but, just like with every cancer, if it is not caught early, the cancer will spread, leading to a more serious treatment plan and outcome.

“At least with oral cancer, most of the time it is something that we can physically see,” Dr. Richart explained. “The key is catching it early.”

In his 20 years of practice, Dr. Richart said he has caught about 15 cases of oral cancer. Once he notices a spot, he will refer the patient to an oral surgeon for a biopsy.

“Sometimes the spot is just a sore, but, in that case, I follow up two weeks later to be certain,” he said. “Also, sometimes the biopsies are negative, but it is best to be sure.”

And being “sure” is in fact quite important since the American Society of Clinical Oncology reported that about 53,000 adults in the United States were diagnosed with oral cancer in 2019. The rate is twice as high for men than for women, and the average age of diagnosis is 62. The Society also reported that over 10,000 people died from the disease in 2019 and that the five-year survival rate is 65%.

When Dr. Richart is checking a patient for oral cancer, he is looking for a red or white patch, a sore that bleeds or does not heal, a hard spot or lump or a rough or crusty area.

“It is basically alarming to me if it does not belong there,” he explained.

He said that there can be pain, but oftentimes the spot or lump does not hurt. He pointed out that it is important for the patient to report any pain when chewing, swallowing, speaking or moving the tongue. He also said that the issue can appear to be an ear infection that doesn’t respond to antibiotics.

“An MRI will show us the base of the tongue if we need to check deeper in the mouth,” he said.

Of course, there are risk factors. The American Dental Association reported that the risk of oral cancer increases in people who smoke or drink alcohol heavily. Smokeless tobacco also increases the risk of developing oral lesions, as does prolonged exposure to the sun on the lips. Infection of the human papillomavirus will also increase the risk of oral cancer and, according to the Centers for Disease Control and Prevention, oral cancer related to HPV is on the rise but does tend to respond better to treatment.

As for Dr. Richart’s brother: “He had a lump on the neck so it was on the back of the tongue.”

He said his brother is on the mend after receiving treatment at the University of Michigan Hospital.

“We have been lucky for the excellent treatment my brother has received,” he said, noting that his sibling has been cancer-free for five years.

Dr. Richart has mixed emotions when he finds or suspects oral cancer in one of his patients: “I feel terrible that I found it but fortunate that I did.”

For further information, call Northbridge Family and Cosmetic Dentistry at 843-852-3401.