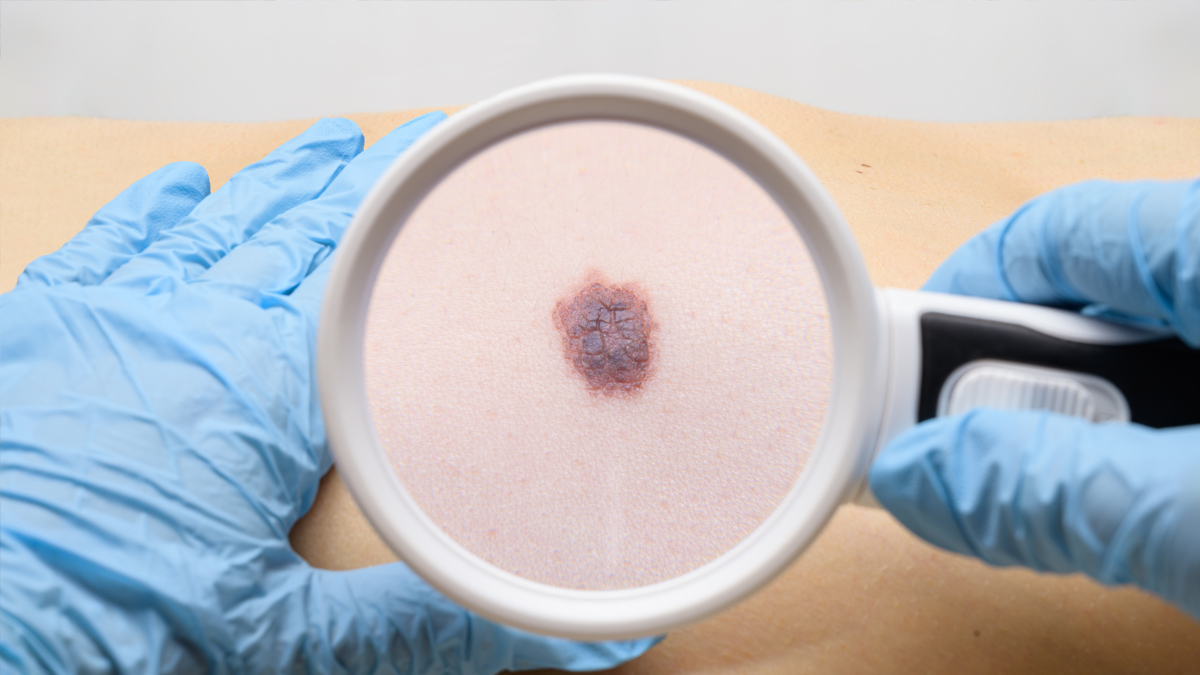 As summer officially arrives in the Lowcountry and families spend more time outdoors, cumulative exposure to the sun’s ultraviolet rays can heighten a person’s risk of developing skin cancer. Recognizing the warning signs can help with diagnosis and treatment of this malady.

Basal cell carcinoma is the most common form of skin cancer and the least deadly. Squamous cell carcinoma, the second most common type, is more dangerous because it has some capacity to spread to other organ systems, according to Dr. Maize.

“Whereas basal cell typically does not,” he said.

The deadliest form of skin cancer, melanoma, is responsible for an estimated 7,500 deaths annually in the United States.

“So we’re always on the lookout for all three of these, but we especially want patients to be aware of the warning signs of melanoma because the best way to prevent death is early detection and cure by removal,” stated Dr. Maize. “Melanoma cancers that are delayed in removal gain more capacity to metastasize or spread and be deadly.”

He emphasized that “anybody of any skin type can get skin cancer,” but added that the “type of exposure matters.” Skin cancer is heavily linked to sun exposure, but for basal and squamous cell carcinoma, it’s more tied to chronic sun exposure over time, Dr. Maize explained. People who don’t typically use sunscreen, engage in outdoor activities without protecting their skin well or work outside are at increased risk of contracting these particular skin cancers. While fairer-skinned persons without melanin protection are at greater risk, anyone can develop it.

Melanoma differs in that it has a strong genetic component, commented Dr. Maize: “The propensity to get melanoma can be inherited. It can go along with patients who have a large number of moles or what we call atypical nevi.”

Additional risk factors for melanoma include individuals who have had severe blistering sunburns early in life. Use of artificial tanning beds is also a known carcinogen that can amplify the risk of getting melanoma.

At Trident Dermatology, health care professionals use the acronym ABCDE to help patients recognize melanoma early and learn how to distinguish it from a common mole, since they both can be brown or dark brown spots:

A-Asymmetry: Visualize dividing the mole into two halves. They should be mirror images of each other. If one half doesn’t look like the other half, that’s a warning sign of melanoma.

B-Borders: Moles have smooth, regular borders – typically round or oval. Melanoma has irregular, jagged borders like the edge of a map.

C-Color: Harmless moles are usually uniform in color or shade – one shade of tan or brown or flesh colored or pinkish. Color variation, such as multiple shades of brown or tan or other colors, including white, blue or red-colored moles, is a warning sign.

D-Diameter: Common moles are smaller than the head of a pencil eraser or about 6 millimeters. If a mole stands out because it’s larger than the others, it needs to be checked.

E-Evolving skin lesion: If a mole is changing in size, shape or color, that is a concern. This is especially important for adult patients, said Dr, Maize. “Moles should be stable in adult patients. They shouldn’t be changing.”

“In general, people’s moles look like their other moles,” recapped Dr. Maize. “If one stands out from the crowd – different appearance, different colors, different shape to it … they need to get it checked.”

Common warning signs for squamous cell carcinoma include spots that are pink or red in color that tend to be hard, crusty or scaly and may be painful or tender to the touch.

“They may also scab or bleed and not seem to heal,” he noted.

Any kind of open sore like this should be checked immediately, cautioned Dr. Maize.

Basal cell carcinoma typically appears as flesh-colored or pink to red spots that don’t cause symptoms initially. They may resemble a pimple or inflamed bump on a person’s face or sun-exposed skin that just doesn’t improve or a wound that isn’t healing. Basal cell carcinoma is also fragile and often bleeds easy such as when you wash your face or towel dry after a shower.

“Any wound that won’t heal, anything that bleeds on the skin, any growth that’s hurting on the skin or a new, changing or funny-looking mole – those things need to be checked,” suggested Dr. Maize.

There are several ways that individuals can be proactive in preventing skin cancer.

“I encourage all my patients to practice sun safety,” said Dr. Maize.

This includes protective measures such as wearing SPF 30 or higher sunscreen and re-applying often when you’re outside in the sun for extended periods. He also advised wearing a wide-brimmed hat to shield most of your head and neck from direct sunlight and sun protective-clothing and fabric to cover your skin. Additionally, he advised people to plan outdoor activities for times when the UV rays are less intense – before 10 a.m. or after 4 p.m.

For more information or to schedule an appointment, visit tridentdermatology.net.