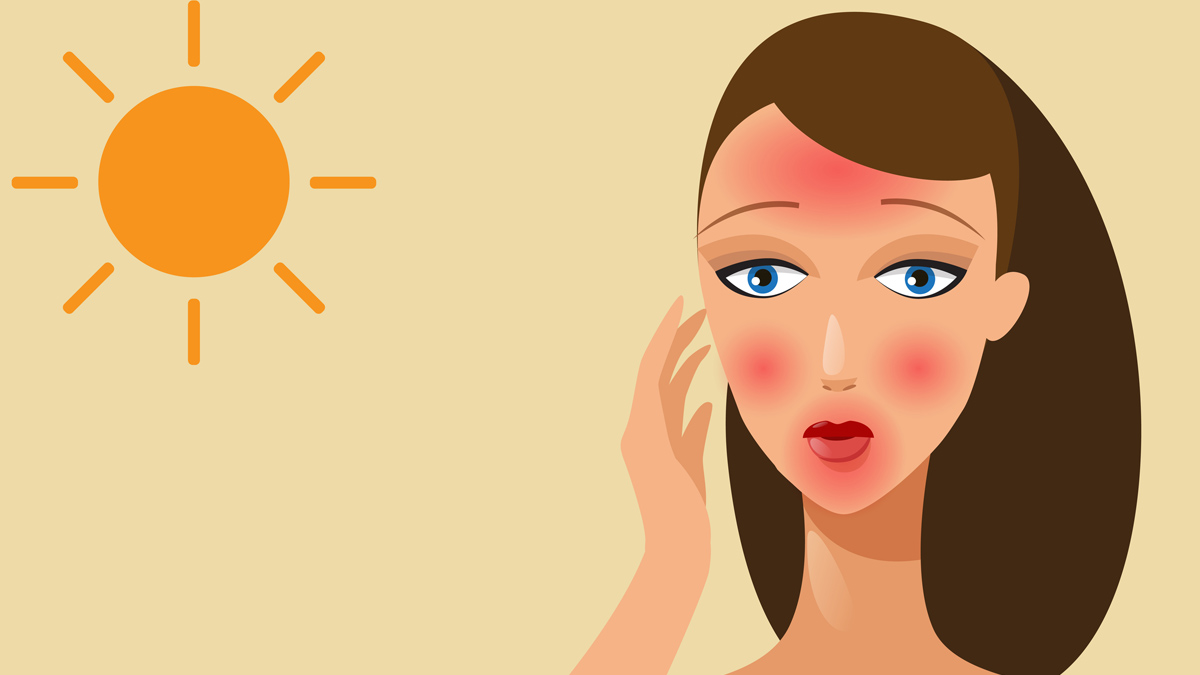 It’s impossible to hide from the sun, especially when there are multiple benefits to being outdoors, including encouraging movement, boosting mood and reducing stress. Unfortunately, however, sun damage is a concern for many Americans, especially those over 50. Changes in pigmentation such as age spots, liver spots and freckles, along with wrinkles and other signs of aging on the face, are the result of photoaging, which is caused by exposure to the sun. According to Yale Medicine, “Unlike normal, chronological aging, which is dictated by age and genetics, photoaging happens when ultraviolet light from the sun or tanning beds permanently damages the skin’s structure.”

Photoaging starts in the teens to early 20s and can be measured by comparing the skin on the face to an area of the body that is not exposed to the sun. Wrinkles, pigmentation changes, loss of skin elasticity, rough and uneven skin texture and tone and redness and broken capillaries all are signs of photoaging. While everybody is susceptible to this problem, some people are more prone to sun damage, especially those with pale skin, light-colored eyes, blond or red hair and those who burn easily. In addition to genetic factors, geographical location and climate play a significant role in the extent of photoaging that people may develop as they age.

One of the best ways to address photoaging is to prevent further damage. UVA radiation damages the skin at all levels, affecting collagen and elastin, while UVB light irradiates the outer layer of the skin, damages DNA and can cause precancerous cells known as actinic keratoses to form. The American Academy of Dermatology recommends daily use of a broad-spectrum sunscreen with a sun protection factor of at least 30 to shield skin from UVA and UVB rays. It also recommends generous applications of sun protection, water-resistant formulas and reapplying sunscreen every two hours or after swimming and sweating. Daily use of sun protection, wearing UV-protective, wide-brimmed hats, staying in the shade and avoiding peak sun hours aid in preventing further photoaging but will not undo damage that already has been done.

While most treatments for sun damage are considered cosmetic and therefore not covered by insurance, people who want to look younger can invest in a variety of therapies to reduce common signs of photoaging. Options include fractional skin resurfacing lasers and pulled dye lasers, which can help make the skin appear younger while also healing broken blood vessels and reducing redness. Different lasers are used to address different concerns, but they are, in general, an excellent choice to boost skin’s elasticity and overall appearance. Another option, intensive pulsed light therapy, is similar to laser therapy, but, instead of focusing just one wavelength of light on the skin, releases light of many different wavelengths.

Another popular and somewhat more affordable option is chemical peels, where a chemical substance such as glycolic acid is used to gently remove the top layers of the skin and reveal a more youthful complexion. In addition, many topical medications address pigmentation changes and skin texture. Both over-the-counter products and prescription medications with active ingredients such as retinoids have been shown to even the skin tone and reduce fine lines caused by photoaging.

When addressing photoaging, it’s important to discuss concerns and desired outcomes with a trusted dermatologist. Both dermatologists and physician-staffed med spas are equipped to safely address the effects of sun damage with minimally invasive treatments and ongoing prevention. The best time to address the effects of skin aging is usually when patients can stay out of the sun for at least a few weeks at a time because many treatments make the skin extra sensitive to UVA and UVB rays. Treating photoaging can be a slow process, especially since sun exposure is inevitable, but patience, dedication and an innovative skin-care team can make all the difference. 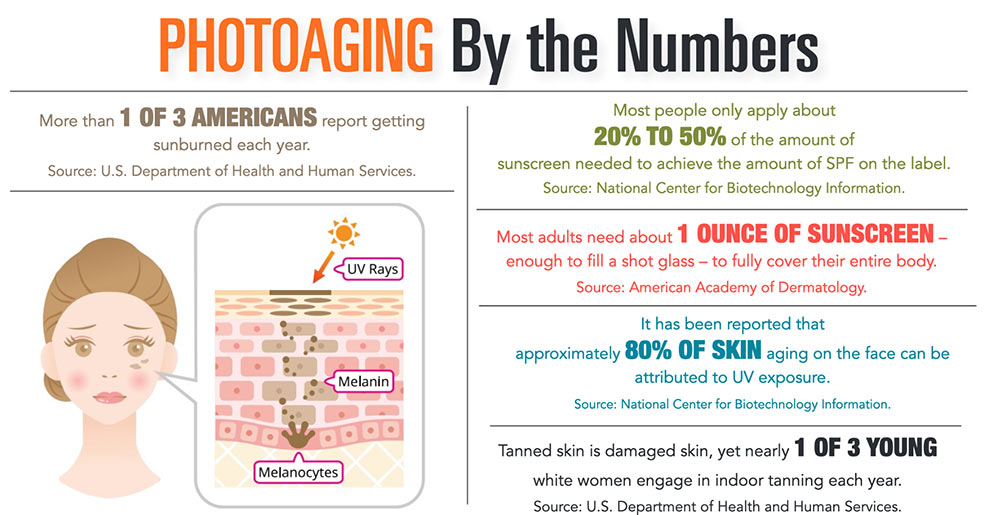