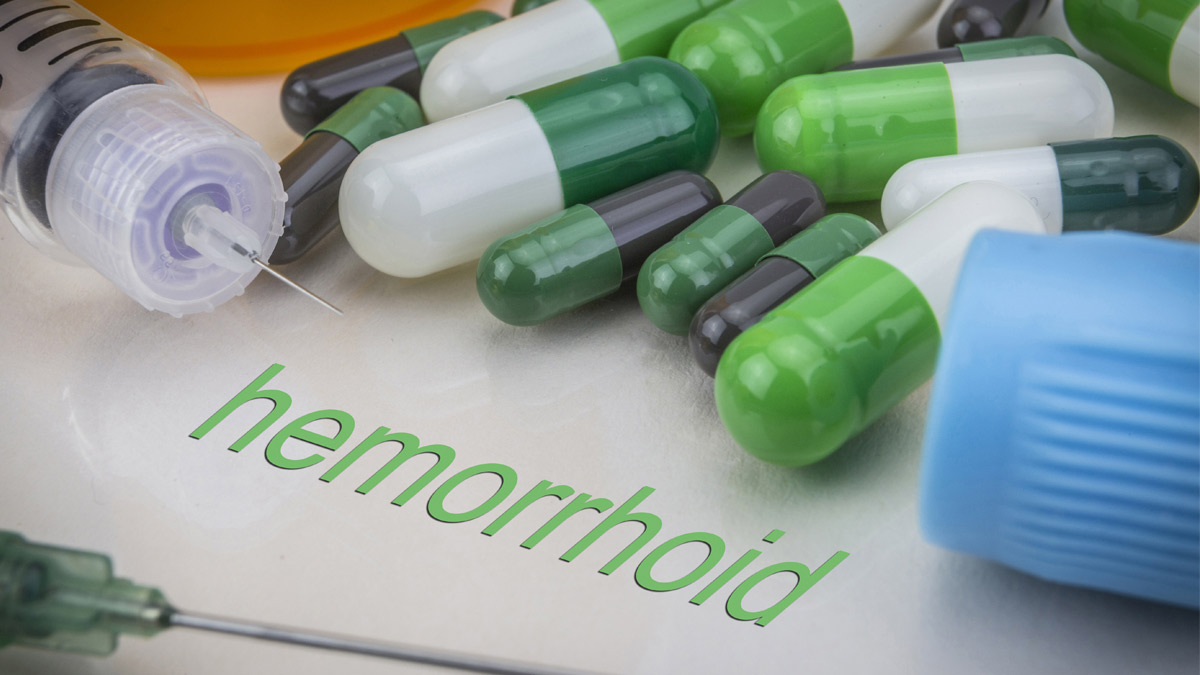 Bet you didn’t know that everyone has hemorrhoids. Maybe yours don’t flare up and cause you discomfort, itching or, even worse, bleeding, but they are there. The hemorrhoidal vessels, while typically a nuisance, are actually present to assist the way your bowels function.That’s why, as uncomfortable as it might be to think about, you should make an effort to take care of them.

“Humans, unfortunately, are the ones that develop hemorrhoidal inflammation because we walk upright,” he said, adding that walking upright is just one of the pressures we put on those veins.

Other common reasons that hemorrhoidal veins become inflamed, irritated and swollen might be a poor diet or changes in bowel habits, such as diarrhea or constipation.

“Any kind of straining in general to the lower part of the body can cause hemorrhoid inflammation,” he said.

He mentioned that the issue is so common that half the population at age 60 will have dealt with it in their lifetime and that about 10 million Americans report having symptomatic hemorrhoids yearly.

“They can certainly be painful, cause itching and even lead to issues with hygiene,” he said.

Dr. Feussner also mentioned that when hemorrhoids bleed, the blood usually is bright red color, either coating the stool or dripping onto toilet paper when the patient wipes after a bowel movement. Bleeding from hemorrhoids is caused by those vessels becoming enlarged, engorged and generally irritated.

“It’s certainly alarming to see any bleeding,” he said. “We recommend you come in and see a doctor right away when you notice bleeding because, although it often will be related to hemorrhoid inflammation, there are other more serious conditions that cause bleeding as well. It is very important to find out the underlying cause.”

He added, “If and when a patient undergoes a colonoscopy procedure, we will be able to confirm if hemorrhoids are to blame for their symptoms. It is always a good idea to get checked out by a specialist for any lower gastrointestinal symptoms to make sure there isn’t something else causing the discomfort.”

Increasing fiber in the diet, drinking more water, exercising, avoiding excessive straining and not sitting on the toilet for longer than about three to five minutes all will be prescribed first by the doctor.

He also said that creams and other topical over-the-counter medications can help shrink hemorrhoids temporarily.

“If ongoing symptoms occur despite aggressive lifestyle modifications, there are other treatment options we can provide,” he said.

Band ligation is one of those procedures. Surgery, of course, is another option for more severe cases.

In band ligation, the internal hemorrhoid is “banded” or tied off at its base with a rubber band type of device.

“The hemorrhoid will then shrink and die, with a small portion of the hemorrhoid falling off after about a week. The remainder of the tissue will be reabsorbed back into the body,” Dr. Feusnner explained.

This option requires no down time, as surgery would, and takes only about 10 minutes. The only downside is that about 70% of patients will have some mild rectal discomfort or pressure for a few days following the procedure.

“But that leaves three out of 10 patients with no symptoms whatsoever after a banding procedure. Also, regardless of whether or not you have a few brief days of pain, this procedure has a high success rate,” he said. “It can take up to 10 days after banding to see significant results, as the hemorrhoidal tissue is dying.”

“Surgery is invasive, and you have to be put under anesthesia,” he concluded. “Band ligation is a quick in-office treatment that works.”