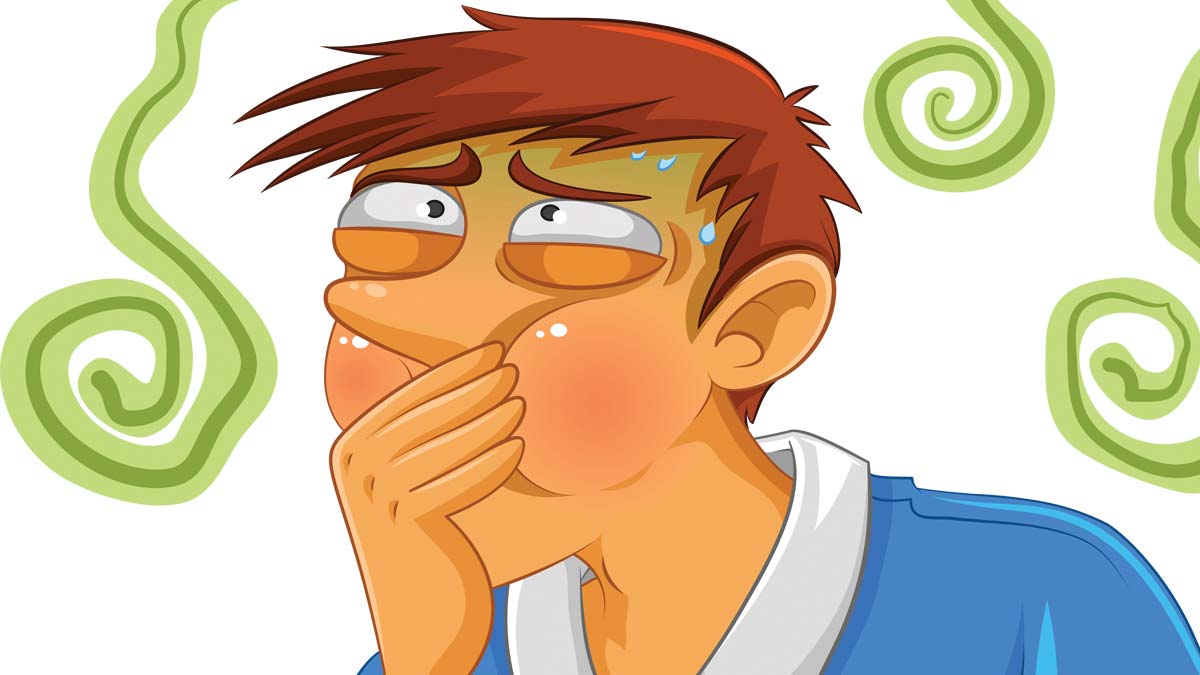 Something is really wrong here. You’re sick, and that’s a bit of an understatement. Not to be graphic, but it’s coming out of both ends and you’ve been dealing with it all day. What did you eat yesterday? Is anyone else who ate what you ate sick as well? Who did you come across in the past day or so that might have also been under the weather? What on Earth did you catch???

Dealing with acute infectious gastroenteritis, otherwise known as the stomach bug, can be debilitating to say the least. We sat down with Kylie Stott, a physician assistant with Dr. Hugh Durrence of Liberty Doctors, to find out the “ins and outs” – no pun intended – of this terrible yet common dysfunction to our otherwise normal bodily functions.

HealthLinks: How do you know if you have food poisoning or if you caught a virus?

Stott: “Food poisoning typically occurs six to eight hours after ingestion of a contaminated food. It is characterized by the rapid onset of nausea, vomiting, diarrhea and abdominal pain. It typically resolves in 24 to 48 hours. A virus may occur in 24 to 60 hours after exposure and may last one to five days. Symptoms include rapid onset of diarrhea, nausea, vomiting, abdominal pain and may also include fever and body aches.”

HealthLinks: What home remedies do you recommend?

Stott: “I usually recommend that patients do not take medications such as Imodium or Pepto Bismol at the onset of symptoms as the body is trying to get rid of the infection and allowing the vomiting and diarrhea to occur will help this process. Drinking plenty of water, diluted juice and diluted Gatorade is important for staying hydrated. Getting plenty of rest and staying away from others is important as well. When symptoms have started to pass and your appetite returns, start off by eating just a small amount of bland food such as toast, a banana or chicken noodle soup to see how you feel before introducing other foods.”

HealthLinks: When should you consider seeing a doctor?

Stott: “You should see a provider If you see blood or mucous in your stool or vomit; have severe stomach pain; if you feel you are at risk of dehydration (such as not being able to keep fluids down); if you are in an immunocompromised state; are pregnant; over the age of 65; recently traveled outside of the country; have recently taken antibiotics; have recently been hospitalized; or if your symptoms persist longer than five days.”

HealthLinks: Is there a difference between the stomach bug (acute infectious gastroenteritis) and the stomach flu?

No, both are a virus. Stott says, “Acute infectious gastroenteritis may be caused by viral or bacterial sources, but most commonly it is viral. Norovirus is the most common viral strain, but other sources include rotavirus, enteric adenovirus and astrovirus. Bacterial sources include campylobacter and salmonella. Viral outbreaks are common in enclosed areas such as cruise ships, schools or nursing homes. Contaminated foods from restaurants or catering companies are other sources.”

HealthLinks: Is the stomach bug highly contagious, even if it is caused by food poisoning?

Stott: “A virus is highly contagious – contaminated food is not, but it is difficult to know the difference sometimes. If everyone ate the same meal and all became ill, it will be easier to narrow down the source.”

HealthLinks: How can people avoid catching the stomach bug?

Stott: “Wash your hands often, especially before you eat, after using the restroom, when you come home from being out in a public place and while traveling.”

HealthLinks: When are strains of it at their worst?

Stott: “Outbreaks of the virus are more common in the winter and spring.” 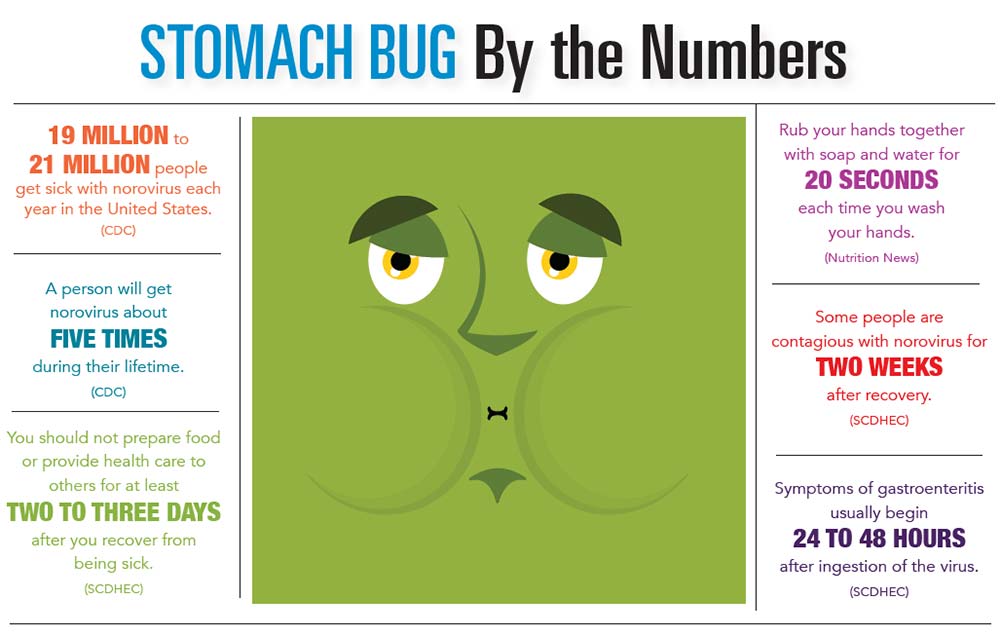