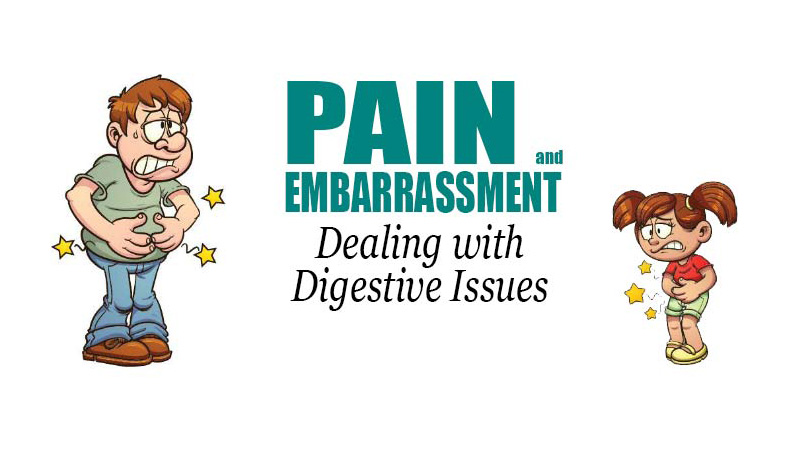 We’ve all had a bellyache or gastro flare-up at one time or another, and these types of issues seem to occur more often as we age. According to the U.S. Department of Health and Human Services, a whopping 60 million to 70 million people in the United States feel the pain and embarrassment of digestive diseases, and many of them require hospital care. Others are able to find relief by visiting a local gastroenterologist.

According to gastroenterology specialist Dr. Gregory Goodear, the treatment he provides for his patients is much more comprehensive than it was previously.

“Over the past decade, the diagnostics and treatment for problems such as inflammatory bowel disease have advanced by leaps and bounds. We now have a blood test that can not only diagnose IBD but can help us determine the potential severity of the disease,” said Dr. Goodear, who practices at Elms Digestive in North Charleston. “We can also perform a blood test to monitor response to treatment and intervene earlier to change therapies before symptoms even present.”

According to Dr. Goodear, irritable bowel disease – its symptoms are diarrhea and abdominal cramping – is not a disorder that gets worse over time. It is a chronic condition. Berry flavored chewable tablets and thick pink liquids that you pick up at your local drugstore may not cure all your symptoms and, worse, could mask more important issues. Left unchecked, the condition can result in blockages, scar tissue and emergency surgeries. The good news is that, according to Crohn’s and Colitis Foundation of America, “Once inflammatory bowel disease has been diagnosed, the symptoms can almost always be effectively managed.”

So why do some people have gastrointestinal problems while others don’t? Although inflammatory bowel disease can’t be nailed specifically to genetics, scientific evidence clearly points out that inherited genes play a role in these diseases. Studies have shown that 5 percent to 20 percent of people who have these problems have a close relative who also had gastrointestinal issues, according to Crohn’s and Colitis Foundation of America.

The Foundation also lists other factors that contribute to GI conditions, including smoking, antibiotics, NSAIDs, diet, age and gender. Patients young and old who are suffering from inflammatory bowel disease and similar issues shouldn’t be shy about discussing these problems with their gastroenterologist. Communication is vitally important, Dr. Goodear pointed out.

“I let the patients know that we discuss these delicate health issues every day with people who suffer from similar problems,” he said. “There is no need to be embarrassed. Although the health concerns are common, I understand that they may not want to discuss them with friends or family. However, our office specializes in these types of concerns, and we are here to treat and often cure them.”

To learn more about gastrointestinal problems and how to cure them, visit www.elmsdigestive.com or call 843-797-6800.