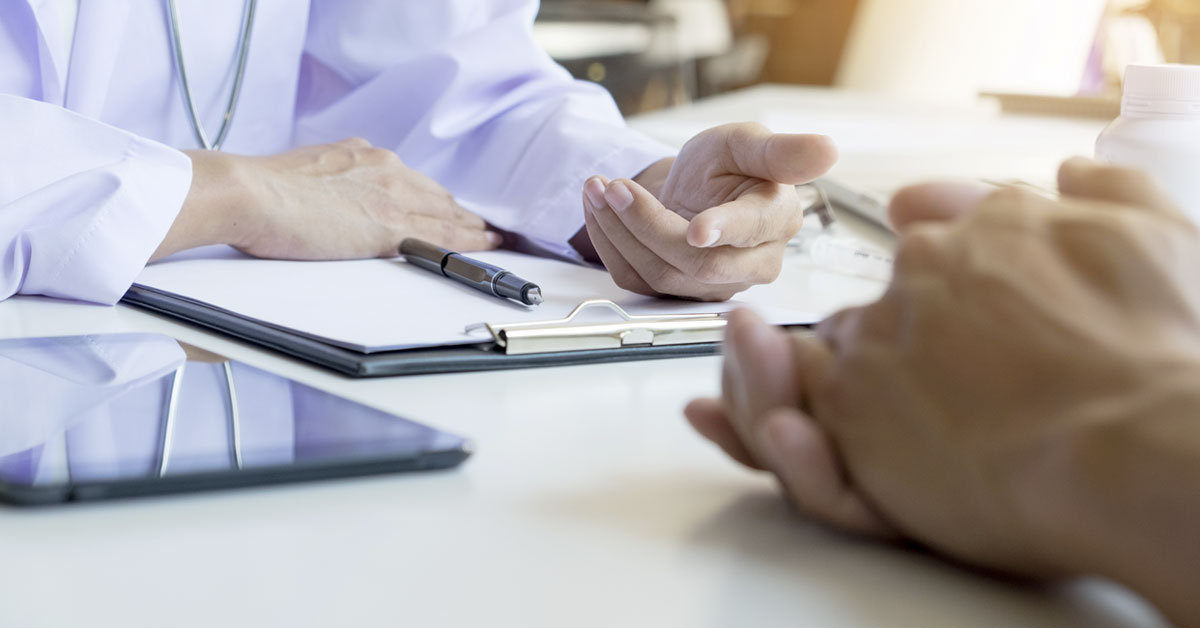 Cousin Freddy can discuss his sport-related ACL surgery at a family cookout, and Aunt Mary can regale one and all with her recent hip replacement. But let Uncle Joe bring up his colonoscopy and someone will quickly change the subject to, well, just about anything else.

Why is this, when all the reliable statistics show that colorectal cancer is the third leading cause of cancer deaths in the United States?Dr. John Litchfield, practicing gastroenterologist specializing in colorectal cancer prevention at Palmetto Digestive Health Specialists – with offices in Mount Pleasant, West Ashley, Summerville and Moncks Corner – has an informed take on this queasiness.

“I believe it’s a combination of the procedure being invasive and of the part of the body where it takes place. Also, some patients are simply reluctant to undergo general sedations for something they see as a non-emergency situation,” he said.

It’s understandable that many of us might be squeamish about examination of the site of such an all-important, albeit very intimate, bodily function. Yet it remains the best diagnostic tool and preventive procedure and can reduce the risk of colon cancer by as much as 85 percent to 90 percent.

Recently, there has been considerable interest in and much advertising and promotion of colorectal cancer testing that does not involve a traditional colonoscopy. Dr. Litchfield noted that these “stool-based” tests, such as Cologuard, “can play a role in determining the presence of colon cancer. However, a colonoscopy not only thoroughly evaluates for colon cancer but pre-cancerous polyps are frequently found and removed, thereby reducing the risk of subsequent colon cancer. Plus, he said, the downsides to such stool-based tests include the possibility of false negative results.

“At the end of the day,” Dr. Litchfield said, “some form of colorectal screening is better than no screening at all. But if I were making a recommendation to a family member or friend, I would recommend a test that could prevent colon cancer, such as a colonoscopy, rather than just detect it, as Cologuard does.”

In the past, some people believed that men should be more attuned to the benefits of colonoscopy. However, the gap between men and women developing this disease is actually quite small. Utilizing the most current available data, the American Cancer Society pegs the lifetime risk of developing colorectal cancer at about 1 in 22 (4.49 percent) for men and 1 in 24 (4.15 percent) for women.

While Dr. Litchfield recommended colonoscopy as the primary modality of detection and prevention of colorectal cancer for healthy men and women between the ages of 50 and 75, he stressed that other factors, such as a patient’s family history, could indicate the need for screening at an earlier age.

From an initial colonoscopy to subsequent testing, he noted, the intervals of three to five to even 10 years between subsequent screenings are determined by the cytology and size of the polyps removed.

“Ten years is the recommendation if no polyps are found and the patient is of average risk,” he explained.

Individuals who have not undergone their first colonoscopy as of yet should put their mind at ease, Dr. Litchfield said.

“With proper sedation, most patients report that the procedure, which takes only about 25 minutes, ‘is the easy part.’”

Dr. Litchfield’s observation alludes to the required pre-procedure prep consisting of drinking an unsavory liquid and long, often urgent, visits to the bathroom to cleanse the colon before a colonoscopy. As anyone who has undergone a colonoscopy in recent years can attest, even that has changed greatly and is much less an unpleasant inconvenience than was once the case.

Just ask Uncle Joe. He’ll tell you all about it. But maybe don’t ask him about it at that family cookout. 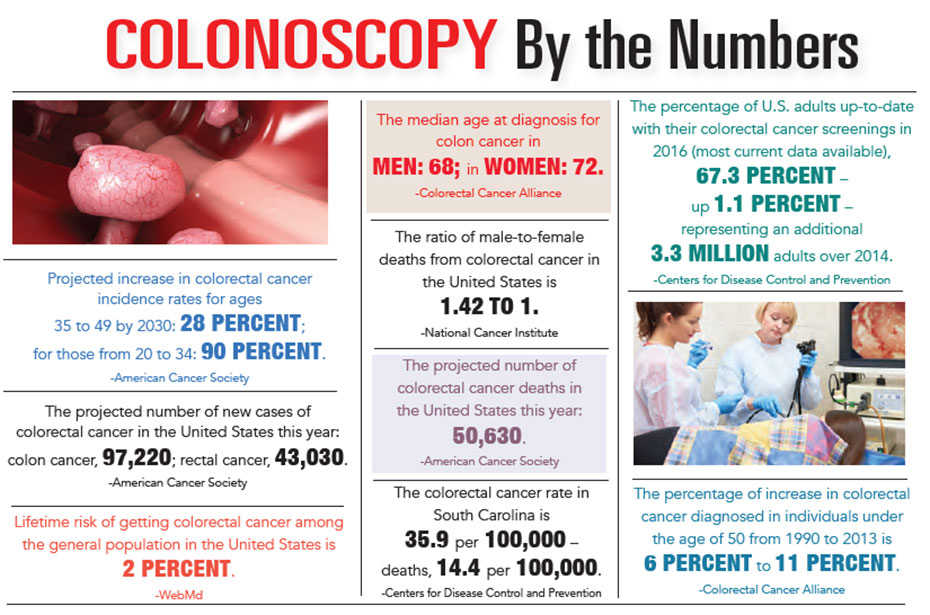