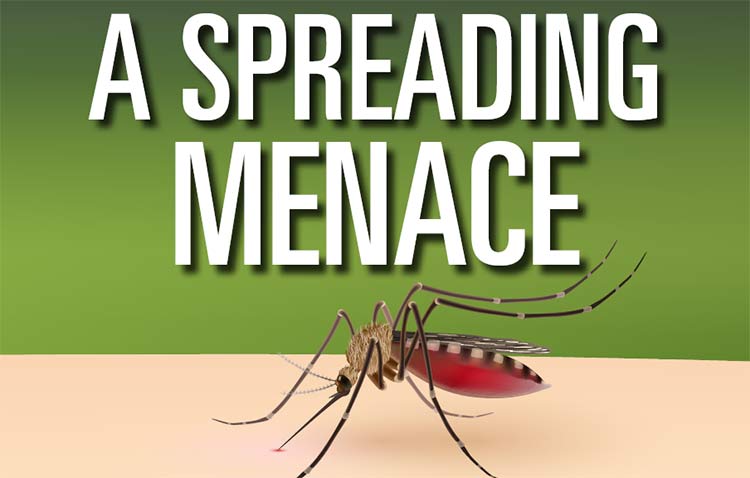 Once no more than a distraction during activities such as hiking, kayaking and bonfire-filled nights, mosquitoes are now taking a big bite out of summertime fun. In fact, they have become a source of global concern and diligent surveillance, especially in the Charleston area, where lazy rivers, creeks, swamps and marsh serve as a fertile breeding ground for these annoying and sometimes dangerous pests.

But why, all of a sudden, has the lowly mosquito flitted close to the top of the least wanted list? The fact is, a single mosquito may be carrying the Zika virus, and, with a single bite, it can pass the deadly disease to humans. Even though the Zika virus has been closely studied by health organizations around the globe for more than 60 years, the rampant spread of the disease – mostly through the dastardly deeds of the aedes mosquito – has many scientists, health organizations and the American people on alert. In fact, the growing number of confirmed Zika cases in Brazil is one of the main reasons some U.S. Olympians and American sports fans decided not to attend the Olympic Games in Brazil this past August.

HOW DID THE VIRUS COME TO THE UNITED STATES?

Although the Zika virus was originally found in parts of Africa, like other invasive species of animals, birds and insects, it has continued to spread throughout the world through commercial shipping, people visiting foreign countries and birds and insects migrating from region to region. In addition, the virus has continued to spread throughout the United States and the world because it can be contracted through sexual intercourse.

According to a World Health Organization article released during the summer of 2016, the Zika virus is known to be a cause of microcephaly – a birth defect where a baby’s head is relatively smaller than the average found within its own age and gender – and Guillain-Barré syndrome – a disorder in which the body’s immune system begins to attack parts of its nervous system, causing muscles to become weak, abnormal or even paralyzed. However, as scientists and health professionals study the Zika virus, it is now believed that it might even cause neurological complications.

HOW DO I KNOW IF I HAVE THE VIRUS?

Though many of the symptoms associated with the Zika virus are common, such as a mild fever, a skin rash, muscle and joint pain and persistent headaches, health professionals both from WHO and the U.S. Department of Health and Human Services suggest that individuals to see their primary physician or visit a local hospital if they experience these symptoms for two to seven days. The incubation period – the time from when people are exposed to the virus to when they experience symptoms – is still unknown. According to WHO, a diagnosis of Zika virus infection can be confirmed only through laboratory tests of blood, urine, saliva or semen.

As a rule of thumb, doctors advise individuals to “err on the side of caution” when it comes to the Zika virus. Those who are infected require immediate treatment.

To reduce the chances of contracting the Zika virus, the World Health Organization suggests that people pay special attention to avoiding mosquito bites at all costs. What are the best ways to do that?

Since the Zika virus can also be transmitted through sexual intercourse, condoms also are a good idea. For more tips regarding the Zika virus, visit www.cdc.gov/zika/. 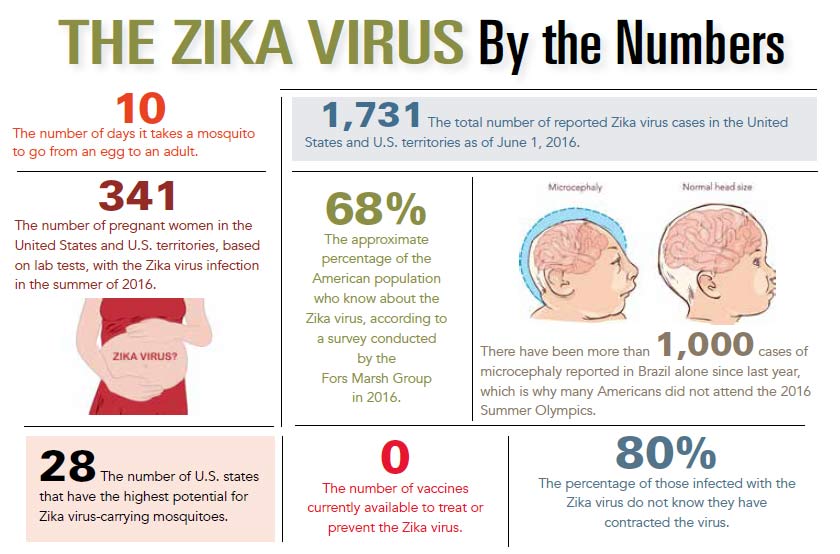 INFOGRAPHIC: The Zika Virus by the Numbers
By Christopher Taylor Cole