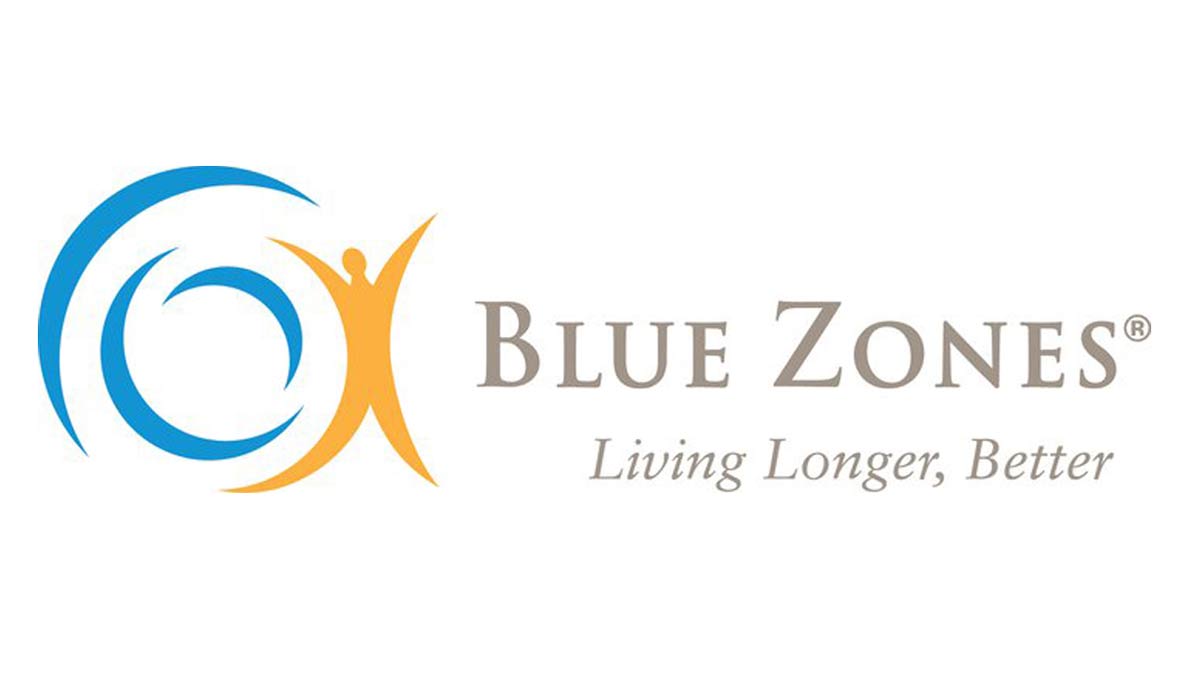 With the establishment of the Charleston Wellness Committee under Mayor John Tecklenburg in the summer of 2017, big things are on the horizon for the Holy City community. Following a directive by the mayor to come to the inaugural board meeting prepared with ideas that would make an impact, both Dr. Susan Johnson and Dr. Ann Kulze arrived with the same idea in mind:

Prompted initially by Dr. Johnson, director of health promotion at the Medical University of South Carolina, Dr. Kulze quickly shared her own vision and findings from following the incredible effect the Blues Zones Project was having throughout the world.

It didn’t take long for the committee to agree that if everything they were hearing was true, the Blue Zones Project was a critical necessity for Charleston – and the beginning of a healthier lifestyle for all its residents. 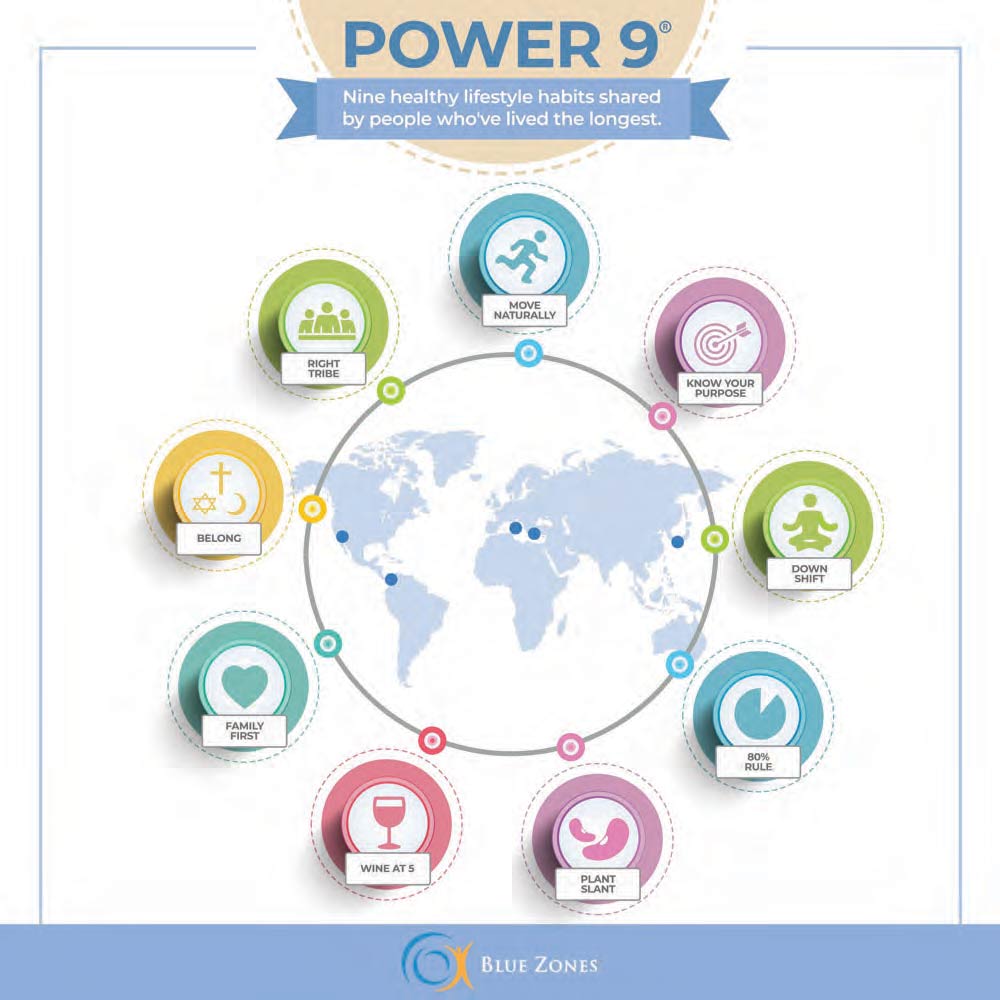 WHAT IS THE BLUE ZONES PROJECT?

In 2004, longtime explorer Dan Buettner set out on a mission to identify the specific global areas that were home to those living a longer, healthier and happier life. Through his traveling research, he was able to pinpoint five different locations that he felt embodied the keys to longevity and well-being: Loma Linda, California; Okinawa, Japan; Sardinia, Italy; Nicoya, Costa Rica; and Ikaria, Greece.

Later coined as the “Power 9,” Buettner found that the common factors that led to happiness and health despite these vastly different geographical locations were: to move naturally, have a purpose, eat a mostly plant-based diet, stop eating when 80-percent full, slow down, moderate drinking, belong to a faith-based community, put family first and have a healthy-minded social circle.

Buettner and his team used these principles as a road map to replicate the same results in other cities around the world.

“It’s been proven that people are living longer in these identified zones and that their rate of chronic disease is one-sixth that of other areas,” Dr. Kulze explained.

BRINGING IT TO THE HOLY CITY

On Nov. 1, 2017, after months of preparation, more than 150 leaders, sponsors and committee members met at Founders Hall to discuss making Charleston the very first Blue Zones Project on the East Coast.

Excited about the opportunity to help fellow Charlestonians live a fuller, healthier and happier life, the Charleston Wellness Committee said the deciding factor to pursue this comprehensive health initiative was the “groundbreaking, evidence-based results that communities were experiencing.”

“Action happens when people are working at a grass-roots level with leaders at the policy level to bring big changes,” Dr. Kulze explained.

WHAT IT MEANS FOR CHARLESTON LOCALS

Naturally, a program this large and progressive prompts curiosity about costs- especially for taxpayers apprehensive about footing the bill. The $40,000 required to cover the cost of the current phase of the Charleston Blue Zones Project, known as the Community Development Process, is being generously funded by: Roper St. Francis, MUSC, Blue Cross Blue Shield and Sodexo, who are excited to see health take a major focus throughout the Lowcountry.

Armed with the knowledge that there will be a strong financial and economical impact on the community, the Blue Zones Project is a welcomed program that community members feel will bring nothing but benefits to Charleston. Phase 1 hopes to begin in Charleston proper and move in an outward radius, phase by phase. Among the many changes the Charleston Wellness Committee is taking on, they are specifically dedicated to focusing on those who need it most by meeting people where they spend most of their time: schools, neighborhoods, work environments and homes.

“Ultimately, we are trying to empower people to help themselves be healthier by merging the best practices (Power 9) with sustainable actions that will create change,” said Dr. Kulze.

Upon its inception, the Blue Zones Project will actively run for three to five years, based upon the success and growth of the customized initiatives. In the end, the projected results include: increasing community health awareness, making health more accessible, a reduction in cancers and boosts in productivity. Indirectly, all of these efforts also are expected to reduce health care costs and lower crime rates – an obvious bonus for everyone.

The steps taken in late 2017 were just the beginning. Following an on-site meeting in November, the team from the Blue Zones Project began the “community development process,” which encompasses a six-month period to gather additional information, including a recent three-day evaluation that took place from Feb. 20 to Feb. 22 this year that gave them a closer look at the Charleston community and its needs.

In late spring, the Charleston Wellness Committee expects to hear back from the Blue Zones team on their findings and customized plan for launching throughout Charleston.

Still, with the initial phases in motion and a community eager for exciting, health-forward programs, there is still a crucial need for “community champions” such as Dr. Kulze and Dr. Johnson to help drive the awareness of these efforts throughout the area’s individual communities. With the hope of continued expansion propelled by the success of the initial phases, the Charleston Wellness Committee is optimistic that it can secure funding for the next stages of this essential initiative. There’s no doubt that Charleston is ripe for launching the first East Coast Blue Zones Project, bringing increased health and happiness to the Holy City – and affecting change throughout its communities for generations to come. 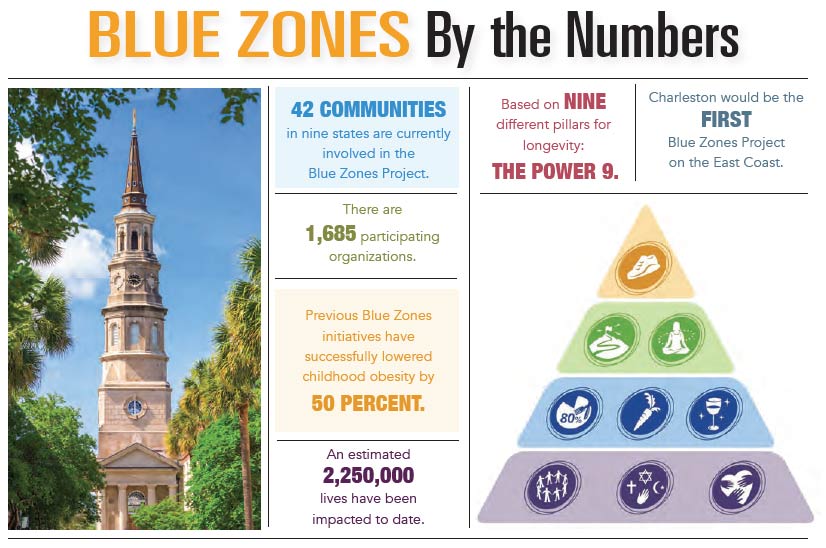