The next time you peruse the produce section at the grocery store looking for fresh, organic items to include in your dinner salad, think about the back story to that tomato, head of lettuce or bundle of bright green beans in your hand. We all know fruits and vegetables don’t just magically appear beneath the bright lights of the market. The time, dedication and love for each individual leaf is sometimes taken for granted. Today’s demand for organic produce, free of harmful chemicals and grown by diligent farmers, means that we should take a veggie’s background more seriously. And if your greens come from Joseph Fields Farm, well, you’re serious about them indeed.

Joseph Fields, a third-generation farmer, quit his day job to follow a family legacy of coaxing fruits and vegetables from the earth. Starting with his grandparents – and now continuing with his grandchildren – the land located on River Road in Johns Island has served people of the Lowcountry for decades.

I had the privilege of visiting Joseph Fields Farm on a sunny autumn day, a visit that began with Fields himself asking me to jump onto a utility vehicle and take a ride across the street to where his grandparents first began farming and where Fields and his siblings spent their childhood. 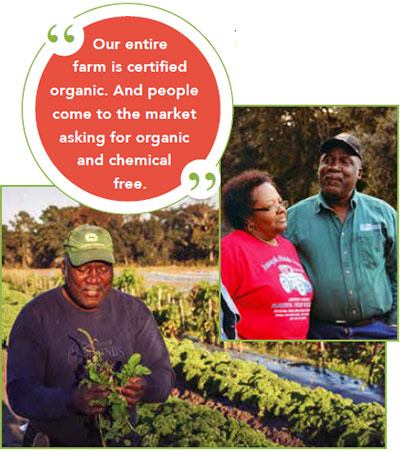 “I was born and raised on a farm,” he said. “I’m the third generation – first my grandparents farmed, then my parents took it over, then me.”

In the early days, according to Fields, the farm was slightly different. It included not only fruits and veggies but also grains, dairy and meat. Fields’ grandparents raised cows to produce milk and butter, slaughtered pigs and ran a meat house. Though he enjoyed his childhood in that environment, Fields didn’t decide to embrace it fully until a little later. His first career was welding for General Electric, a position he enjoyed.

“I liked welding, and I liked General Electric,” he commented. “Then I got called to serve in the Army, and I served for six years. Afterward, I went back to welding during the day, but I was farming at night.”

Fields soon decided to leave the world of welding behind and focus full-time on farming, a decision that has benefited his family as well as his patrons. Today, the Fields family grows a diverse assortment of produce, including collards, kale, lettuce, cabbage, tomatoes, peas, watermelon, cantaloupe, peppers, green beans, cucumbers, okra and squash. And the farm now spans both sides of the street – the original plot as well as a few new acres.

“We’re strictly fruits and vegetables now,” he said, “but we do have some chicken eggs.”

Back across the street at the on-farm produce market, I watched Fields take a phone call from a young woman in search of some kale. Shortly after her arrival, she and Fields fetched exactly what she wanted, and she left with a large bundle and an ear-to-ear grin.

“We don’t use any commercial chemicals,” Fields pointed out, watching my expression. “Our entire farm is certified organic. And people come to the market asking for organic and chemical free.”

When it comes to keeping his plants safe, happy and free of pests, Fields relies on an assortment of products that are sanctioned by Clemson University. Approximately 12 years ago, he attended an educational conference in California about organic farming, determined to stay well ahead of the curve.

“Everyone’s health-conscious now,” he remarked. “They want healthy food without chemicals for all kinds of different reasons. And a lot of people want to know where their food comes from.”

Our friend who bought the kale – as well as scores of others – know where their food comes from if they buy it at the on-farm produce market. For those who can’t quite make the trek to Johns Island, you can find Fields’ organic produce at a variety of restaurants and grocery stores in the Lowcountry, including Harris Teeter, Whole Foods, High Cotton and Peninsula Grill. Plus, fresh fruits and veggies from the farm regularly show up at farmers markets around the tri-county – Mount Pleasant, Kiawah, North Charleston, downtown – even at MUSC and the VA Hospital.

Besides scoring a chemical-free cabbage, there’s other educational fun to be had during a visit to Joseph Fields Farm, from hayrides to feeding fish to visiting the chicken pen. Schools and groups are welcomed regularly – what better way for young people to understand and appreciate fresh, organic produce?

As for the next generation of Joseph Fields Farm, well, let’s just say they are getting a head start on the craft. Fields’ grandchildren, both middle-school age, are eager to understand the family business.

“My grandson, Xavier Joseph Dillahunt, is our next farmer,” Fields proudly declared. “He is 13 right now, living in Columbia, but he comes home on the weekends to work on the farm. His sister Alexandria helps as well.” 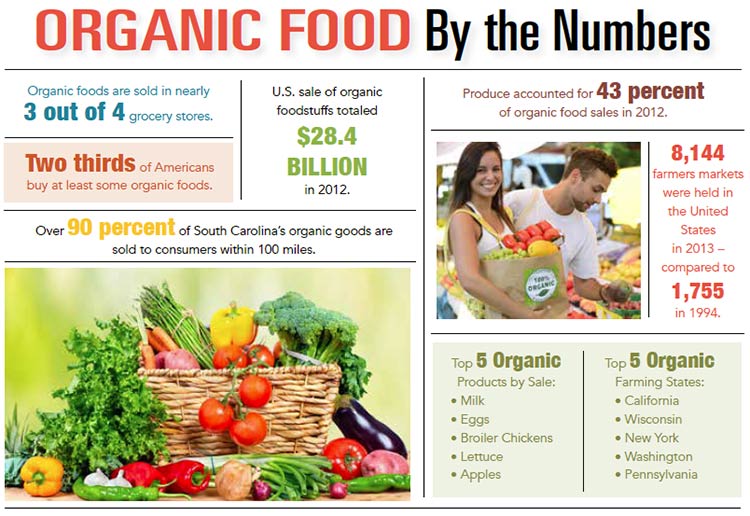