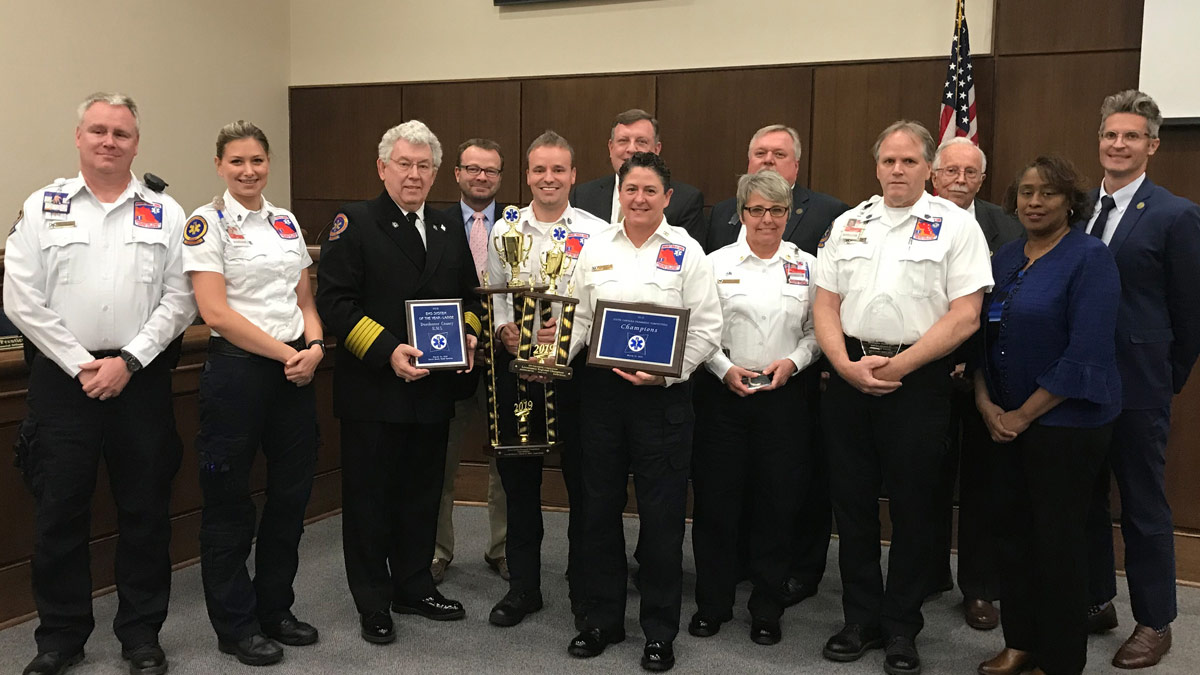 Nothing demonstrates success better than being officially nominated and recognized by your peers as being the best. Dorchester County Emergency Medical Services is now celebrating its third such honor, after being named the Medical System of the Year by the South Carolina EMS Association.

Doug Warren, director of the Dorchester County EMS, said the recognition is a great honor: “To have your peers name you best in the state is a big deal and pretty significant, in my opinion.”

“We’re the smallest of the three agencies in the tri-county area, but we cover 585 square miles from Reevesville to just below Ashley Phosphate Road,” he said. “We answer 1,700 to 1,800 emergency calls a month, and, as the population continues to grow, those numbers will surely increase.”

The award was received at a time when finding people who are seeking this profession has been a challenge, not only locally but nationwide.

“Some people are drawn to be in this type of service, but, in the Charleston job market, we’re competing with three or four large manufacturing organizations who are aggressively recruiting,” Warren explained.

In an ongoing effort to do their own recruiting, Warren said they visit schools, starting early by taking emergency vehicles for elementary-age kids to see and by visiting middle schools and high schools on career days. Working alongside Trident Technical College and the Chamber of Commerce, they also are working on an apprentice program for high school seniors.

“They get on-the-job paid training, primarily on the weekends because they’re still in school,” he said, “but they can do the EMT program, which is the entry level certification program.”

“You have to be 18 to be eligible to take the certification exam,” Warren added. “But once they are certified, they can come on full-time and move up through the associate degree program at Trident Tech or through the regional certification program and then move up to paramedic.”

Warren said turnover is a problem in this type of career overall but that Dorchester County EMS is working hard to change that.

“It’s the same for the local police with having a high number of vacancies,” he said.

Working with Dorchester County since 1972, Warren said he can attest to how fulfilling this type of career can be.

Established in 1998, Dorchester County EMS works tirelessly to fulfill its goal of providing exemplary emergency medical services to the citizens, visitors and neighbors of Dorchester County.

The award was timely because the month of August is Medical Alert Awareness month, which is dedicated to educating the public and raising awareness toward the need and use of medical alert IDs.

“It’s important to bring awareness to this because there are many people in the community who are older and who have maybe lost a spouse and now live alone or live with older children who work all day,” Warren said.

“It’s invaluable to have information quickly, like whether someone is diabetic or if they have other medical problems,” he said, adding that medical alert IDs can provide valuable information to emergency personnel concerning any medical condition a person might have and thus help prevent errors if there is an emergency. 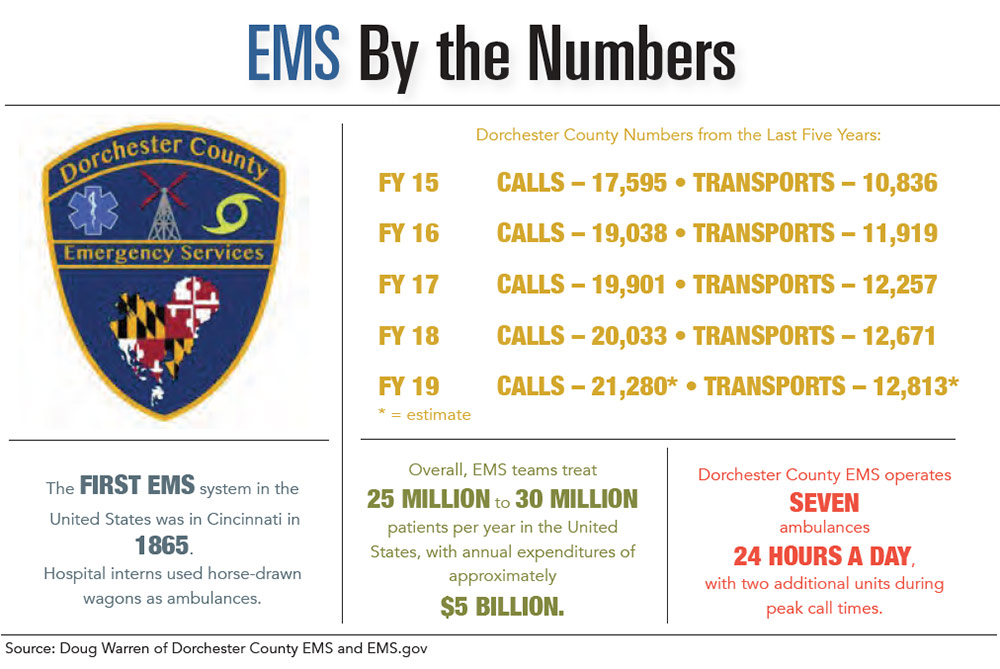