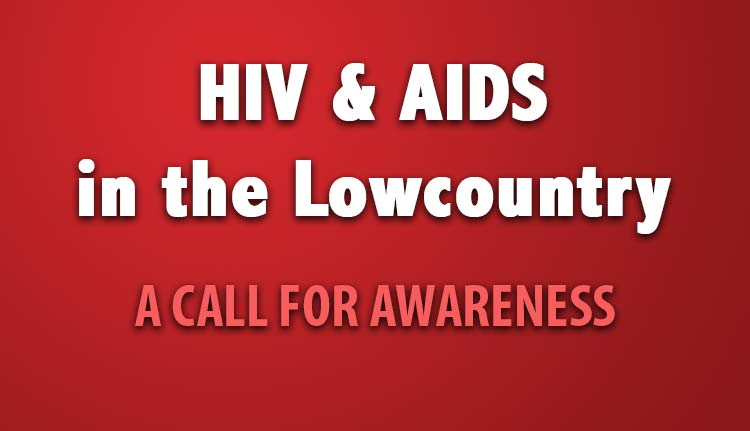 Much has changed since HIV and AIDS emerged in the United States in the 1970s. But decades later, a stigma remains concerning these deadly diseases, especially in the Lowcountry.

Though HIV – a virus that attacks the human body’s immune system – and AIDS – which lowers a person’s ability to fight other diseases and viruses – are spread in a variety of ways, some people mistakenly consider them to be strictly gay issues. This is one reason it appears to be difficult to get an HIV/AIDS test at the Roper St. Francis Hospital’s Ryan White Wellness Center in Charleston.

According to Topher Larkin, an outreach specialist at the center: “The Ryan White Wellness Center is difficult to get to because of the negative stigmas associated with HIV and AIDS. As such, the center is designed to be ‘hard to get to,’ not because we don’t want people to get tested but instead to give our patients the discreetness and confidentiality they need to feel comfortable getting tested.”

It is clear that the stigmas associated with HIV and AIDS are still prevalent in the Charleston community and still making it difficult to deal with these diseases. In fact, the number of infected individuals continues to grow, in the Lowcountry and throughout the Southeast.

According to an article published in The Post and Courier, “HIV diagnoses and death rates are higher in nine Southern states, including South Carolina, than they are anywhere else in the United States.”

According to a report compiled by the South Carolina Department of Health and Environmental Control in 2014, there was a higher percentage of positive tests for HIV in Charleston County than in any other county in the Palmetto State. Richland County was a close second. Charleston County was the runner-up in the number of deaths from AIDS during a period from Jan. 1, 2013, to Dec. 31, 2014.

To try to slow the rapid growth of HIV/AIDS cases, Roper St. Francis Hospital and other medical institutions such as the Medical University of South Carolina have banded together in recent years to educate the public – and potential patients – about these diseases. Their efforts include the Lowcountry Red Ribbon 5K, scheduled for Sept. 10 at Wannamaker County Park in North Charleston.

Many drugs have been developed to combat and even cure HIV and AIDS, but, according to medical professionals, that’s no reason to be less concerned about contracting these deadly diseases. They advise people who might be at risk to be tested for HIV, AIDS and other sexually-transmitted diseases at least twice a year.

“The only way in which the staggering numbers of confirmed HIV/AIDS cases here in the Charleston area can be reduced is with HIV/AIDS education, knowing one’s HIV/AIDS status and using contraceptives such as condoms each and every time one engages in sexual activity,” said Kimberly Willis, program director at the Ryan White Wellness Center. 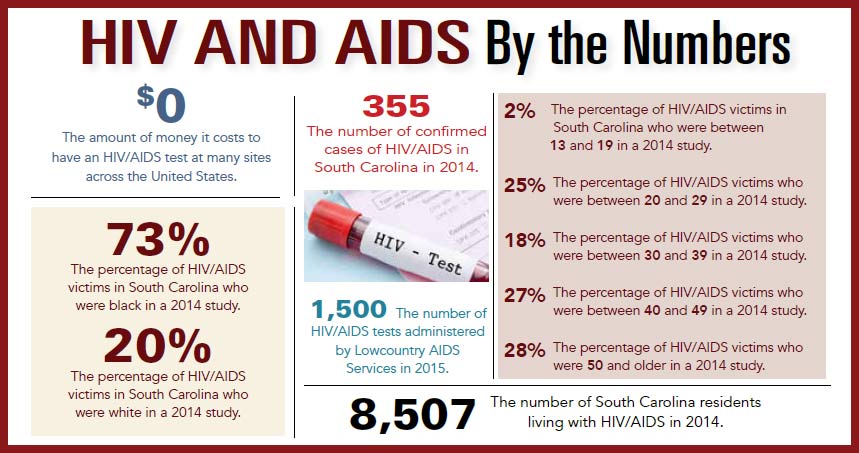 INFOGRAPHIC: HI AND AIDS By the Numbers
By Christopher Taylor Cole