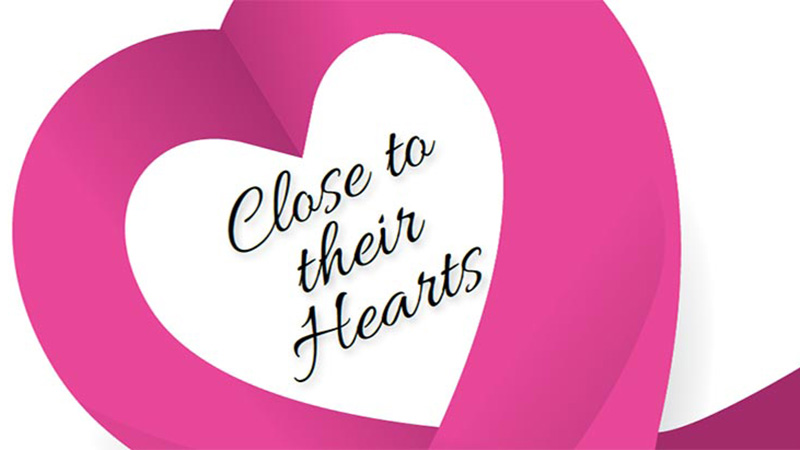 Having both breasts removed can leave physical and emotional scars, but, for some women a mastectomy is the only option that makes sense.

We spoke to four women who have had the procedure or were planning on having it done. While they share that in common, each woman told a unique story about how she handled the changes to her body and the struggle to maintain her femininity. 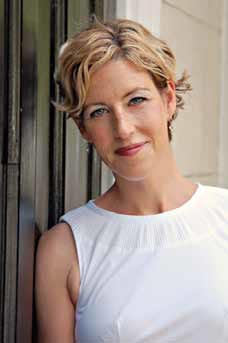 Deborah Bailey spent five years living without breasts.After having a double mastectomy in 2010, doctors told her she couldn’t have reconstructive surgery yet – not that she wanted to.

“I thought it was OK and wanted to show my daughter you don’t have to be perfect,” she said.

Despite the discomfort, Bailey wore prosthetic breasts. However, after years of gawking by strangers, the trying task of finding clothing that would fit and awkward pool outings, Bailey had had enough, particularly during one recent moment.

“I had one (prosthetic breast) fall out at yoga class. I said I was done. I’m done with these things. I can’t relax when I have them on,” she said. “I decided after five years to have the surgery and I’m glad I did.”

It was a long journey for Bailey to get to this point. She was diagnosed with stage 3 breast cancer at the age of 36 after a mammogram, which most women don’t have until the age of 40.

So began a series of treatments – months of chemotherapy and her double mastectomy followed by radiation therapy. Bailey tested positive for a genetic variance and doctors discovered cysts in her uterus, so she decided to also have a hysterectomy, which she calls the most trying of all the procedures she’s had.

“From the hysterectomy, I would caution women. I wish I had known more. To have it is a huge life change – bigger then chemo, bigger than a mastectomy,” she said. “I felt gutted for four years.”

However, about a year ago, Bailey began to feel like herself again. That’s when she said she felt ready to have the surgery and get new breasts.

“I think that’s what a lot of people don’t realize – you don’t just get implants, have great boobs, cancer’s gone and everything’s fine. For five years, I lived with a concave chest,” she said. “It looked like Zorro took his sword to my chest.”

Despite the emotional and physical roller coaster Bailey has been riding the last five years, she said life is good. She and her husband recently bought a puppy and Bailey’s trips to the pool with her children are now focused on fun instead of dodging awkward looks. She has no idea what tomorrow will bring, but she is loving “the now.”

“I don’t feel like everything is hanging on a string anymore,” she said. “I’m not looking in the rear view anymore.” 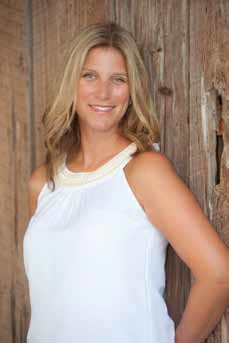 Nicole Ferraro is ready to feel “normal” again. Six years ago, she was diagnosed with breast cancer in her right breast. She had surgery, went through chemotherapy and radiation and became cancer-free. Then, earlier this year, as she puts it, “lightning struck twice”– a brand new cancer had formed in her left breast.

“I think I was in shock this was even happening again. My first reaction was that I was really pissed. I was really mad. You are always waiting for the other shoe to drop and hoping it doesn’t,” she said. “To have all this happen, I felt beaten down a little bit.”

Doctors acted quickly and she went into surgery within a week and had a lumpectomy once again, this time on her left breast. Doctors removed the tissue with the cancer cells. For Ferraro, it was the tipping point that led her to the decision to have both of her breasts removed – a bilateral mastectomy.

“I’m terrified to have it but at the same time knowing the relief it will give me after not having to do this roller coaster anymore is huge,” she said during an interview a few weeks before having the procedure.

She’s been through surgeries before, but, this time, most of her breast tissue would be removed. It’s not a decision she made lightly.

“I don’t think men can understand what you go through as a woman,” she said. “Taking away that body part is huge.”

Ferraro, who is a patient at Medical University of South Carolina Hospital, has no regrets about the way she’s handled her treatment, like deciding against the mastectomies the first time she had cancer in 2009, even though that option was recommended by her doctors.

“I stand by my first decision. I didn’t feel comfortable then,” she said. “I’ve never questioned it. But I am happy with my decision now going forward.”

Ferraro is also a board member of Share Our Suzy (SOS), a local non-profit organization that provides financial assistance to local breast cancer patients. 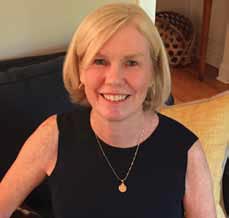 Earlier this year during a mammogram, doctors saw something they didn’t like in Sally Ramsdell’s breasts. “They said something doesn’t look quite right,” said Ramsdell. “So I got an MRI. That’s how it all started.”

Ramsdell had two options: two lumpectomies, in which surgeons would remove the breast tumor and some of the normal tissue that surrounds it, or a bilateral mastectomy, the removal of her breasts. Ramsdell chose the second option.

“I just felt I couldn’t take this risk,” she said. “I just feel like this is the right thing to do before it starts spreading.”

In May, Ramsdell had the bilateral mastectomy and reconstruction. Immediately, she said she felt a great sense of relief.

“It was the best feeling after the surgery was over when they said nothing else was there. They got everything,” she said. Emotionally, Ramsdell said her experience was made easier by the support of her husband, Craig, her family and friends, as well as the team at Roper St. Francis.

“I think Sally’s calm demeanor is because she felt wellinformed and had a good support system,” said Shelley Usher, Ramsdell’s assigned clinical nurse navigator. “We have some patients completely freaking out and some who take the bull by the horns. I feel like knowledge is power.”

For Ramsdell, the physical effects are a little harder to get used to. She was able to go home the next day, following her five-hour surgery. A few weeks later, the swelling got worse and the drains were uncomfortable.

The next step for Ramsdell is to get used to her new body. She’s pleased her plastic surgeon did exactly as she asked – giving her the same size breasts she’d had before.

“It’s so weird to think I have these breasts that are just different than I ever had but knowing I’ll get used to them,” she said. “Overall, this was the best decision I could have made, and I’m taking each day at a time.” 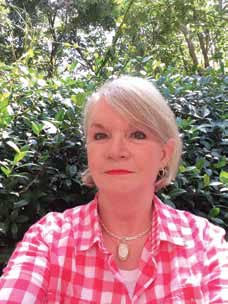 When breast cancer returned a second time within five years, Cheri Coleman said she’d had enough. She’d already had a lumpectomy and radiation in her other breast, so she signed up for a double mastectomy in 2013 and had both her breasts removed.

For Coleman, who is 65, the decision meant losing both breasts permanently. High risk factors in her case didn’t make her a viable candidate for breast reconstruction or implants, she said.

“I feel like I am missing something, I have to admit that,” said Coleman. “I think if I were younger, I would have taken the risk of reconstruction. But at this age, I’m a little more realistic about things.”

Coleman said it helped that her husband supported the decision. She also uses prosthetics, which are made of silicon and placed into a special bra. She said they help give her some sense of femininity.

“It doesn’t take the place of breasts, by any means. But they do make me feel more comforted,” she said.

“Still, at the end of the day, you are taking the bra off.”

The decision to have the surgery, which was done at Medical University of South Carolina Hospital, came down to this: “When the second one (cancer) showed up, it was rather devastating. That is probably my main reason. I’d already faced it once. So I said, ‘Let’s just remove both breasts.’ My peace of mind is better for doing that.”

Coleman dealt with other complications stemming from the mastectomies, such as a hematoma in one of her breasts. However, despite the pain she went through, the discomfort of the draining tubes and the realization she would not have breasts, Coleman contends she felt relief following the surgery.