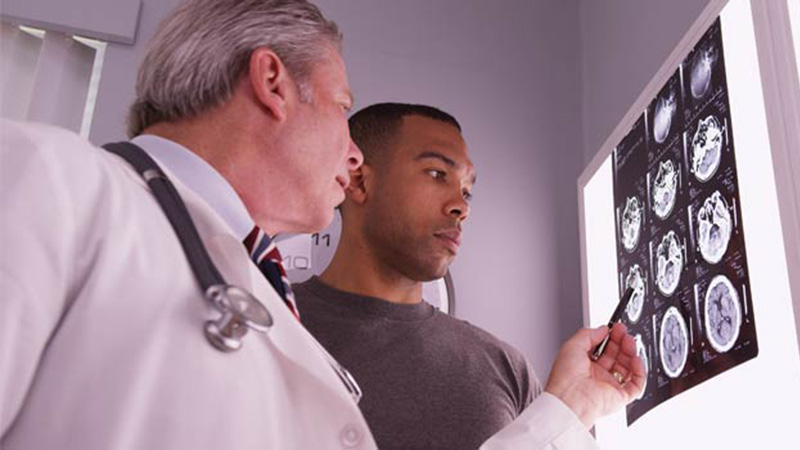 Concussions could be spelling the end for popular sports as parents and players become more aware of their dangers.

In the realm of sports lore, there are many signs of a true competitor. There is outworking your peers after practice in the gym or on the field, diving full-extension to gain that final inch, and, of course, playing through injury. In fact, the act of not playing through injuries has long been shamed in the eyes of coaches, fans and fellow players. That theory is losing steam as the true ramifications of concussions sour the antiquated narrative.

Concussions have long been an issue in athletics, though they are only recently coming to the forefront of the country’s conscience. This awareness was helped along by the 2015 film “Concussion” as well as the lawsuit that saw the National Football League forced to pay $765 million to 4,500 ex-players in 2016. Dr. Andy McMarlin of Winning Health Sports Medicine, Musculoskeletal & Arthritis Care in Mount Pleasant said the plethora of suicides by former NFL players has brought the issue to national prominence.

“Part of the increase in attention was because the NFL fought so long to suppress evidence that head injuries led to permanent damage,” he said. “What they were talking about in the movie was CTE, which in the old days, they would call ‘punch drunk.'”

CTE, or chronic traumatic encephalopathy, is a progressive degenerative brain disease caused by one or more strong strikes to the head. There is a myriad of examples of former NFL players being diagnosed with CTE, a condition that can be determined only after death. The list includes Jovan Belcher, a former linebacker who killed himself with a gunshot to the head in 2012 and Hall of Fame linebacker Junior Seau, who shot himself in the chest three years after retirement, intentionally preserving his brain for science.

“I think everybody is finally realizing concussions are a true entity,” said Assistant Athletic Director and Director of Sports Medicine for The Citadel Andy Clawson. “Once they have the symptoms, the symptoms have to resolve before they return to play. The horror stories are from returning to play while still symptomatic.”

According to the American Association of Neurological Surgeons, most first-time concussions do not cause permanent damage. However, if a second concussion happens shortly after the first, the blow does not need to be very strong for the effects to be permanently disabling or even lethal. The symptoms of concussions include: headaches, nausea, dizziness, vision impairment, light and noise sensitivities, lethargy, concentration issues, confusion and even depression. Often, symptoms can be delayed for as long as a week following the trauma, according to Dr. McMarlin, though signs usually appear in the first three days.

“On a Monday, if a child has an upset stomach and headache, it can be tough for parents to say if it’s the flu or from the football game on Friday night,” he said. “A lot of people are sending their kids to school thinking it will probably pass because they don’t link the symptoms to the brain injury.”

The issues of concussions are particularly troubling to younger victims, Dr. McMarlin pointed out. He said women’s brains do not fully develop until age 21, while for men, it’s generally two to three years later. The younger the individual, the longer recovery time can be expected, according to the doctor. He added that while injuries such as ankle sprains heal faster with children, injuries of the brain take longer than with an adult, especially if the child has ADD, ADHD, anxiety or depression.

Clawson, who has worked with more than 350 cadet student athletes and is a member of the National Athletic Trainers Association Hall of Fame, said he is not aware of any “horrible situations” regarding concussions in his over 40 years at The Citadel. He said he works with professors by following the academic process of students who recently suffered a concussion to make sure there are no red flags.

Mark Buchman has been the sports medicine teacher and head athletic trainer at Wando High School for 13 years and has seen his share of students suffering from concussions in all three sports seasons. Buchman’s children play soccer, a sport that like football is consistently linked to concussions. The statewide and nationally-certified trainer said the coaches are told not to teach “heading” at an early age, though many players still use that maneuver in games.

In 2013, the NFL instituted a rule aimed at reducing concussions by prohibiting a runner or tackler from initiating forcible contact with the crown of the helmet outside the tackle box.

“That rule’s been installed in all levels since the 1970s, but is it enforced, in my opinion? Not as well as it should be,” he said. “I’ve seen some unnecessary head contact and malicious contact in boys lacrosse. They’re trying to clean that up. I wish they’d be better about it. Football-wise, they’re doing better about limiting the amount of contact during the week, and that’s been beneficial,” Buchman said.

According to Dr. McMarlin, who has worked as a team physician for Major League Soccer’s DC United and Major League Baseball’s Washington Nationals, a football lineman will have his brain “slosh around” 80 times per practice or game, which, after years, can develop an early Alzheimer’s condition. One way to cut down on the amount of times the brain is hitting the front and back of the skull in that manner is to raise the minimum to age 13 or 14, Dr. McMarlin said.

“I think it’s a great idea,” he said. “There are so many traumatic injuries you can get at 6 to 7 years old, and some overly enthusiastic coaches who say ‘brush it off’ and ‘get back in there’ — that doesn’t work. When you’re at a high school level, you can’t make legal decisions, but you can make more informed decisions.”

Dr. McMarlin, Clawson and Buchman agreed that sports like football, rugby and hockey will always have elements of risk, regardless of rule changes. Clawson said preparation and research are critical in making contact sports as safe as possible.

“Obviously there are a lot of good things that come out of a sport like football and a lot of dangers that come out of it,” he said. “You have to go back to proper coaching, strength training and proper care. The research needs to continue so that there’s technology that says ‘Yes, Johnny has a concussion’ and ‘Yes, he’s been cleared,’ but, unfortunately, it’s not there yet. It puts some of us in precarious situations. The research is incomplete.”

According to USA Football and the National Federation of State High School Associations, youth participation in football is down 14 percent from 2009. While Buchman described the decline as “leveling off,” Dr. McMarlin went a step further and compared the figures to the decline of boxing, saying the awareness of concussions could spell major changes for contact sports such as football.

“When more information came out in the 1940s, ‘50s and ‘60s about the dangers of boxing, it became more of a sport for people where it’s their only way out. Suburban parents don’t let their kids box anymore, which is where I see football going. It’s a bigger part of the culture, so I think it’ll take longer, especially in the South and Midwest,” Dr. McMarlin said. 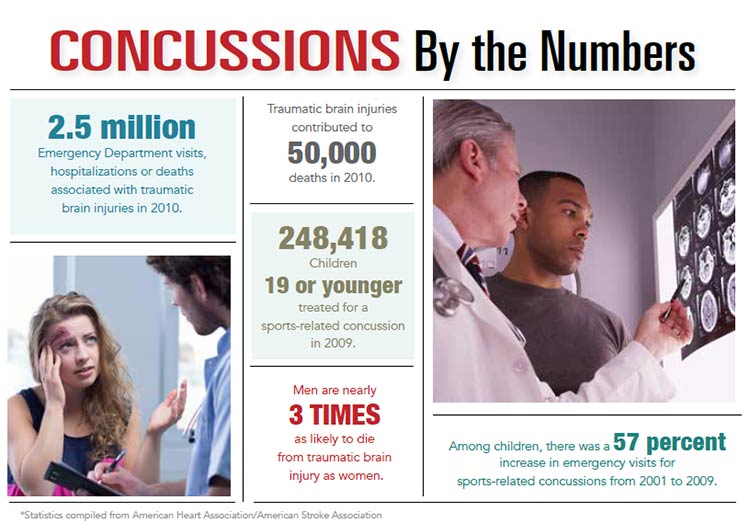