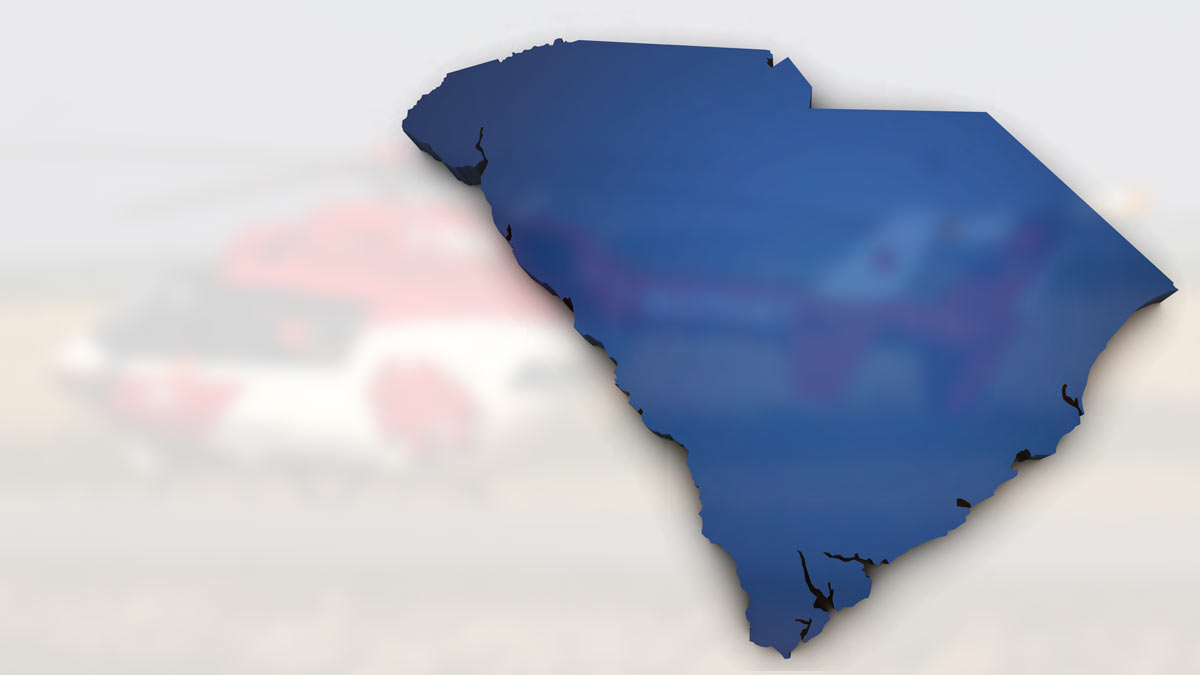 One-hundred forty miles per hour comes at a price, of course. Flights cost around $8,000 each, registering an FAA heliport can cost up to $1 million, and on-call staff is vital.

“No traffic and 140 miles per hour makes a big difference.”When it comes to medical emergencies, that difference can mean life or death. Helicopter pilot David Ellis knows from experience.

“We run like a fire department. We have a nurse, pilot and medic on the base who are ready to go on five minutes notice,” said Ellis, who flew for over 20 years before shifting to his current role managing three of the state’s busiest companies: AirMed Regional, Life Flight and GHS Med-Trans.

“We move a couple patients a day per aircraft, which is probably busier than most programs,” he said, explaining that the majority of rides are pickups from accident scenes or smaller hospitals, often taking patients to larger hospitals in Charleston, Greenville or Columbia. They move twice as fast as any ground transport could.

One-hundred forty miles per hour comes at a price, of course. Flights cost around $8,000 each, registering an FAA heliport can cost up to $1 million, according to Ellis, and on-call staff is vital.

“It’s a very expensive venture, with a $6 million aircraft,” Ellis said, “so deciding where to put the heliport is very data driven now.”

With a couple dozen registered heliports around the state and the ability to land almost anywhere – Ellis spoke of landing in the middle of roadways – helicopters can access nearly the entire state on short notice.

“It’s a taxing job, but the service is invaluable,” Ellis said.

“I flew as a paramedic for over 20 years, and I got tired of being woken up at 3 in the morning,” laughed Ellis, but still: “No matter how long you’ve been doing it, it’s an amazing feeling.”

Ellis remembered one case in particular, just about a year ago, when helicopters had recently gained clearance to carry blood for transfusions. With a registered nurse on board, access to lifesaving blood and travel time cut in half, they were able to transport a young man who’d been crushed by a truck to the nearest hospital and save his life.

“He remembers the whole deal and the flight in,” said Ellis. “In cases like these, the ride makes all the difference.”