Frequent infections, unusual infections or infections that are difficult to clear might seem to be just a frustrating health problem – but they actually may be your body’s way of telling you that your immune system is weak.

When your immune system is not up to par, it opens the door for bacteria, viruses and other diseases and ultimately causes more illnesses and makes it difficult to fight them. 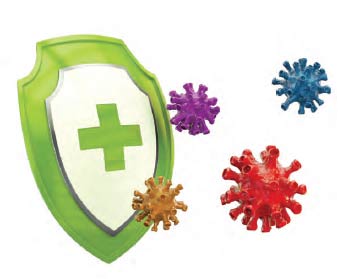 “Your immune system is an entire group of organs – your liver, spleen, bone marrow, white blood cells, antibodies and more – that work together to keep things out of your body that don’t belong,” explained Dr. Tom Harper, an allergist immunologist with Charleston Allergy & Asthma. “It’s such a complex system that there are usually not any more specific symptoms of an immune system problem beyond simply frequent or unusual infections or those that are difficult to clear.”

The two main categories of weakened immune systems are primary immune deficiency diseases, which people are born with, or secondary immune problems caused by some other stressor.

“Primarily, those born with an immune deficiency disease usually show signs of it as an infant, but some people are born with it and do not show signs until they are in their late 20s or early 30s, depending on the type of deficiency,” Dr. Harper said. 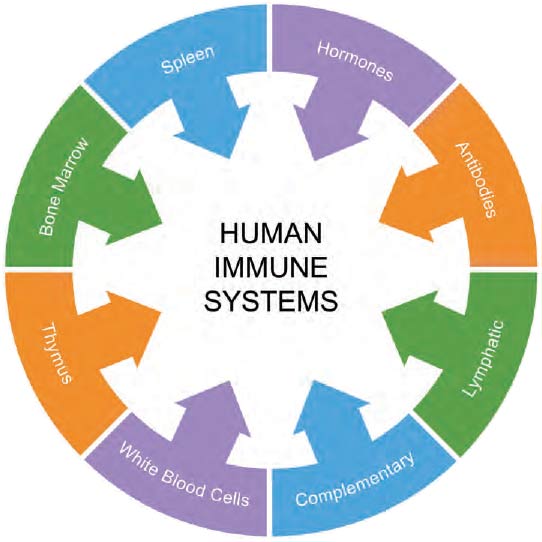 For those not born with an immune deficiency, there are many ways the immune system can become weakened. Long-term antibiotics do so by killing off both the bad and the good bacteria in your body. Cancer chemotherapy or steroids, as well as health issues like arthritis or lupus, can keep your immune system from properly functioning. A person’s advancing age can also contribute to the immune system’s decline in a process known as immune senescence. Even everyday habits like smoking, alcohol, stress or diet can be at fault for depressing the body’s ability to fight infection.

“Nutritional deficiency has become a popular topic in recent years. Turn on the television and you’re bound to see ads for nutritional immune builders,” Dr. Harper continued. “The fact is, very few of those products can do anything for your immune system unless you are actually nutritionally deficient.”

While a lack of protein is common in other countries, it is rare in the United States except with vegans or those practicing unusual diets. U.S. residents do have a higher occurrence of other vitamin deficiencies – among them a lack of vitamin B complex and vitamin D – which can contribute to immune system problems.

“Fifty years ago, vitamin D was known as the ‘bone vitamin,’ but recently we’ve learned that it also has very important benefits for your immune system,” said Dr. Harper. “A large percentage of the general population is vitamin D deficient. The crude form has to be converted by sunlight to be active, and, unfortunately, we have become an indoor society. Many people don’t get the 15 minutes of sunlight per day that is required to activate the benefits of it.”

Even certain infections like HIV, mononucleosis and the flu can take your immune system down and pave the way for further complications.

“A good example of this is the global pandemic of the flu in 1918. Between 20 million and 50 million people died, and most of them didn’t die from the flu. The flu knocked their immune system down, and opportunistic organisms like bacteria came in and that’s what ultimately killed them,” said Dr. Harper.

In recent years, as more has been learned about the microbiome, Dr. Harper said it has become a major focus in maintaining the integrity of the immune system.

With the many varied and sometimes unavoidable ways the immune system can be compromised, there are also a variety of steps that can be taken to help strengthen it. Choosing which step to take, however, depends greatly on the source of the problem.

“For every cell you have in your body – your skin cells, heart cells, brain cells – there are 10 other cells living in your body, like bacteria and funguses, which are primarily in your gut,” he explained.

“Those organisms contribute to who you are and can make your immune system better or worse, and disrupting that microbiome can in turn disrupt your immune system’s balance. For example, taking antibiotics for two months to kill a sinus infection kills both the good and the bad bacteria and can affect how your immune system functions.”

“If someone has a primary immune deficiency – one they were born with – and their body isn’t working like it’s supposed to, an immunologist would help determine the best course of action. Depending on the deficiency, a solution could be as easy as a patient administering antibodies subcutaneously at home, or it could be as complicated as a bone marrow transplant or stem cell transplant,” said Dr. Harper.

For more common immune problems, Dr. Harper said the three biggest ways to give your immune system a boost are to ensure adequate nutrition, get enough sleep and manage stress.

“Stress, and, similarly, lack of sleep, are major problems in today’s society and can knock your immune system down,” he pointed out. “The right answer for stress could even be getting another job or seeking help from a psychiatrist.”

He also suggested talking to your doctor about taking a probiotic, which replaces good bacteria in the microbiome, and staying away from antibiotics.

If you continue experiencing the same repeated symptoms of frequent or unusual infections and infections that are difficult to clear, Harper suggested asking your primary care doctor to do a basic screening test. If there is a need for further evaluation, the doctor will send you to an allergist immunologist.

“The best thing to remember is that if you are getting adequate nutrition, rest and manage stress, and you don’t have a deeper underlying issue, your immune system is resilient and should be able to build itself back up over time,” Dr. Harper concluded. 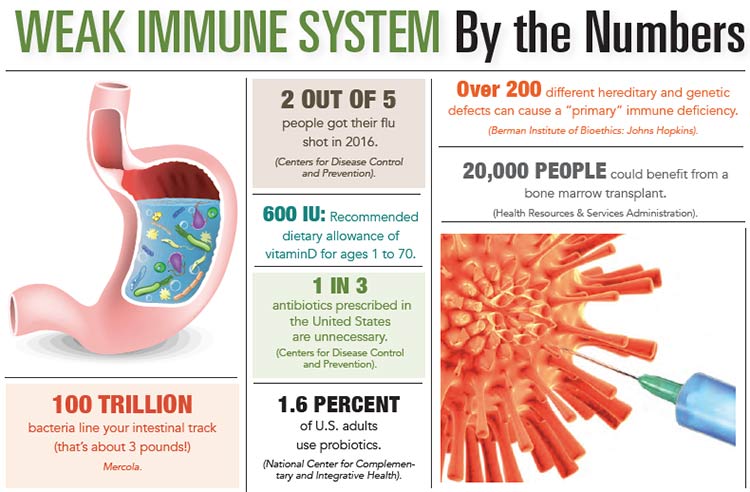