A Meeting of Great Minds 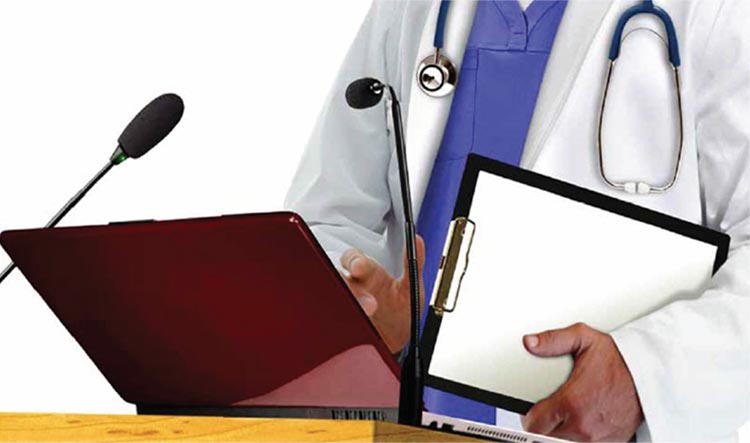 Technology has certainly changed the way obstetricians and gynecologists provide care for their patients, equipping them with tools and knowledge that were unavailable in the past. The one downside to this otherwise auspicious situation is that physicians are now less likely to interact face-to-face with their peers in the medical profession.

Organizations such as the South Carolina Obstetrical and Gynecological Society are trying to make it easier for doctors to share ideas about patient care and best practices and learn from some of the brightest minds in the medical profession. It’s a difficult task, according to Dr. David Forstein, immediate past president of the Society.

“It’s tough to keep organizations such as ours going,” said Dr. Forstein, whose term ended in September at the group’s Annual Meeting in Charleston. “It used to be that physicians had to travel to get continuing medical education, but now they can do it on the Internet.”

“There’s still some value to face-to-face time,” he added. “In a lot of places, doctors are competing for patients. But at our Annual Meeting, it’s easy to remember that we’re all there to serve our patients.”

One of the ways obstetricians and gynecologists in South Carolina help their patients is by learning from the speakers who address them at the meeting. This year’s presenters included Dr. Donna Johnson of the Medical University of South Carolina, a noted expert on high blood pressure during pregnancy. Physicians also heard from Dr. Jodi Abbott, an associate professor at the Boston University School of Medicine and a national expert on patient safety in obstetrics, and Dr. Paul B. Miller, a professor at the University of South Carolina School of Medicine in Greenville, who spoke about polycystic ovary syndrome.

In addition, Murrell Smith Jr., an attorney and a member of the South Carolina House of Representatives, spoke to the group about health-related issues being discussed at the State Capitol, and participants received an update on the Birth Outcomes Initiative, a successful South Carolina program that has been so successful that it’s been copied in other states.

“We had some really outstanding speakers who brought new ways to think about patient care,” said Dr. Forstein, who has been practicing for almost 20 years. “I asked each of the speakers to bring very practical tips that people can take home, put into practice and apply to what their patients need.”

The South Carolina Obstetrical and Gynecological Society’s Annual Meeting usually is held either at Charleston Place or the Grove Park Inn in Asheville, North Carolina. Dr. Forstein said the group is considering other sites as well for future meetings.

Established in 1946, the South Carolina Obstetrical and Gynecological Society has 273 members, according to Dr. Forstein. He pointed out that the Society “provides an opportunity for interaction among OB-GYNs in South Carolina.” He said the Society does not have a lobbyist, but he said that the organization does interact with state lawmakers.

“Occasionally the president of our Society will get a call from a legislator asking what he thinks about a certain subject,” Dr. Forstein said.

He added that the Society works cooperatively with District IV of the American Congress of Obstetricians and Gynecologists, which includes doctors in the District of Columbia, Georgia, Maryland, North Carolina, South Carolina, Virginia, West Virginia, Argentina, Puerto Rico and the West Indies. Many doctors in the Palmetto State are members of both organizations.

Dr. Forstein cited two issues that are especially challenging for obstetricians and gynecologists – one medical and the other related to the financial side of medicine.

“On the patient care side, obesity makes childbirth much more dangerous, and endometrial cancer is also related to obesity,” he said.

He also cited federal legislation mandating the way government reimburses physicians for treating patients as an issue that affects patient care and the medical profession.

“Doctors and hospitals are trying to figure out how to stay whole financially,” he pointed out. “I don’t think the change in presidents is going to make a difference because there’s a bipartisan bill in the House and Senate. This is outside of Obamacare.”

To learn more about the South Carolina Obstetrical and Gynecological Society, visit scobgynsociety.com.