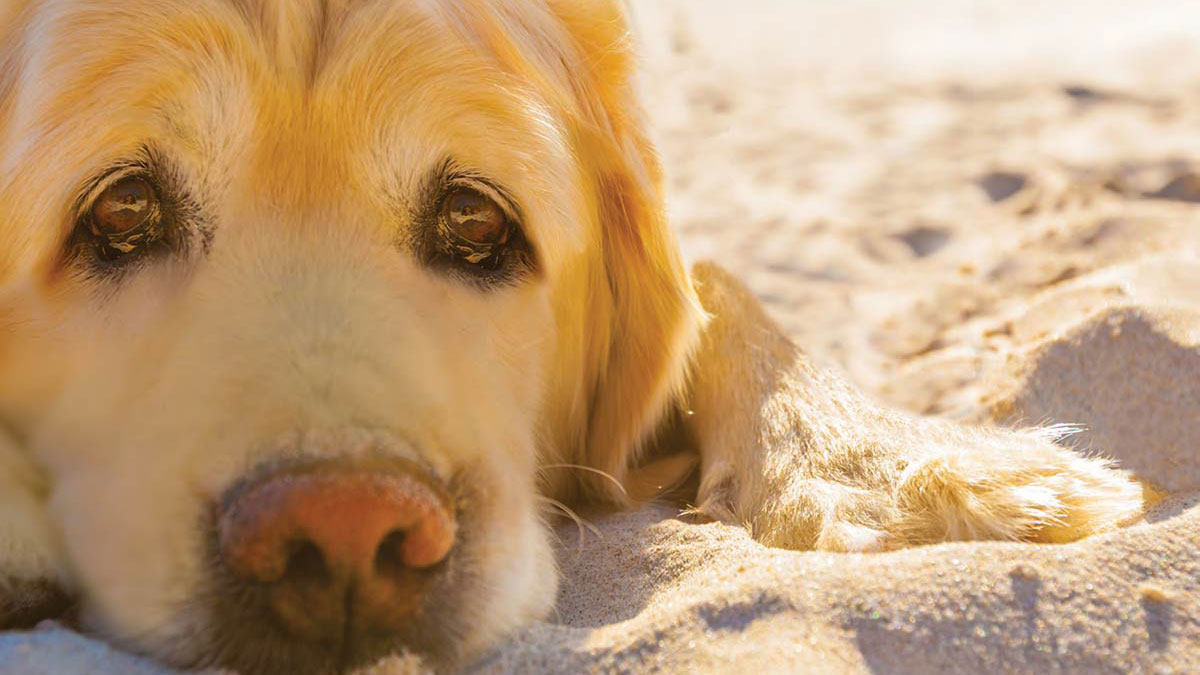 Summer is here, and, as much as you would like to spend these long days outdoors with your four-legged companions, there are certain precautions to consider. From dehydration and heat-related issues to nasty bug and even snake bites, not to mention lightning storms and the frightening sounds of fireworks, the summer can be a time of year that our pets may look forward to the least.

Dr. Christa Kahuda with Charleston Harbor Veterinarians said that the number one summer-related precaution to consider in pets is heat stroke – often because pets are left in a hot car but also from just being outside during the hottest times of the day.

“Traveling is quite popular in the summer, and traveling with pets can be a great experience for the whole family,” said Dr. Kahuda. “But plan ahead. Make sure there will never be a time that you have to leave your pet in the car because a destination you are visiting is not pet-friendly.”

Dr. Kahuda also said to resist taking dogs to the beach in the middle of the day, and, if you do, to adhere to the rules: “It is probably better that dogs aren’t allowed at most beaches during the middle part of the day. Dogs have a hard time getting rid of the heat, especially at the beach in the direct sun. It is harder for older dogs and dogs that are overweight.”

Dogs get rid of heat by panting, and they also have sweat glands in their paw pads. If those options don’t do the trick, a dog may be at risk for heat stroke. Once a dog’s temperature reaches 104 to 106 degrees, it requires immediate care. If it isn’t attended to quickly, its organs will begin to shut down. Dogs experiencing heat stroke will pant rapidly, hyper salivate, shiver, become lethargic and might also vomit. Dr. Kahuda said that cool water is best if you think your dog is experiencing heat stroke. 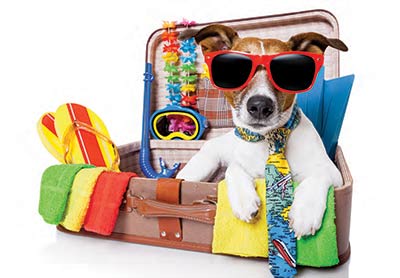 “Don’t use ice, just cool water,” she said. “Wipe alcohol on the paw pads because that helps absorb heat.”

She warned that pet owners should always bring a travel water bowl with them when they are out walking with their dog.

“An umbrella is smart to bring, too, in case there is no shade,” she said.

Watson said she sometimes simply has to force her pets to come inside.

“If it is too hot, it just isn’t smart to leave my pets out for too long,” she explained.

Of course, in the Lowcountry, mosquitoes also pose a problem for our furry companions.

“There are tons of mosquitoes, and there really is no way to avoid them,” Dr. Kahuda said. “Be sure you are treating your dog with heartworm and flea and tick medication year-round. That will help to ward off some of the disease these bugs are carrying.”

“If you are near a water source, you need to be aware of snakes and alligators,” she said. “Keep your yard cut back, as yards with taller grass attract snakes.”

Memorial Day weekend 2016 was memorable in a bad way for Stephen Beard of Johns Island, whose 11-year-old American foxhound, Scout, was bitten by a snake in his yard. Beard noticed that Scout was not running up the steps to greet him like she normally does.

“Within 15 minutes of being in the house, I noticed that her face and neck began to swell,” he said. “We immediately rushed her to the emergency vet.”

Beard said that the vet tech asked if he had noticed any snakes in their yard, and he responded that he “had never thought of that.”

Some tests revealed that Scout had been bitten by a copperhead snake.

“They told me that she was bitten inside her mouth, probably by a younger snake with less venom,” he said. “We were lucky it wasn’t a more aggressive snake.”

Beard said Scout had to stay overnight and remain on painkillers for a short period of time.

“I did a lot of yard work over that next week,” he said. “I felt horrible. These pets are like children to us, and they rely on us to keep them safe. The yard was pretty overgrown, and I worked hard to get rid of the areas where snakes would feel comfortable hiding.”

Hot sidewalks in the summer also present problems. Dr. Kahuda suggested not walking a dog during the hottest times of the day to avoid injury to their paw pads, adding that shoes or socks do not help.

“Don’t put something on their paws since that will hinder them from being able to cool themselves,” Dr. Kahuda said.

Watson buys paw wax at the pet store and rubs it on her dog’s paws in the summertime to protect the pads on hot surfaces.

Something else that many people don’t think about is safety around summer cookouts.

“Be careful that dogs don’t get a hold of food they shouldn’t eat,” Dr. Kahuda said, citing chicken wings and items such as raisins and grapes, which can be fatally toxic for dogs.

She said that every year around the Fourth of July, she gets calls asking for anti-anxiety pills for dogs that are deathly afraid of fireworks.

“We do not recommend that you give a dog anti-anxiety pills for the first time during a fireworks show,” she said. “That needs to be practiced, and we recommend you try the pills on your dog or cat several months, or at least weeks, in advance.”

The same goes for those summertime pop-up thunderstorms. Many dogs fear the sound of thunder.

Sunburn is sometimes seen in pets with light coats or very short hair. Dr. Kahuda said that contrary to what many people believe, all dogs shouldn’t have their hair shaved down in the summer.

“Talk to a vet,” she said. “Some dogs do not need to be shaved, even though you think they have too thick of a coat. They expel heat through panting, so shaving them down may not be necessary.”

Watson uses coconut oil for sunscreen on her pets.

“Coconut oil is a more natural way to screen pets from the blistering sun,” she said.

“Make sure they have plenty of water, and just keep an eye on them when it is too hot. Use common sense,” Dr. Kahuda said. 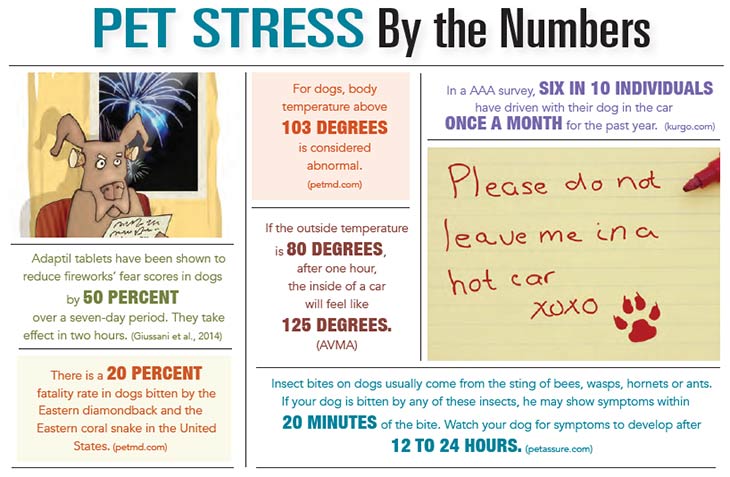