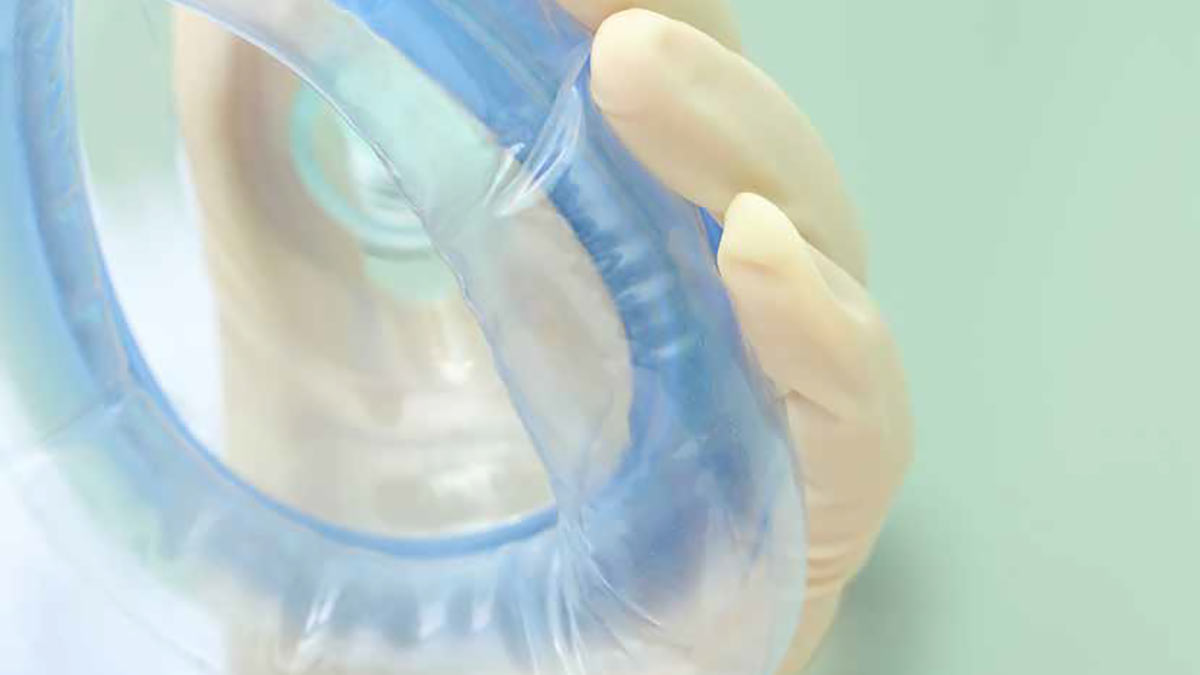 Turns out, those old Western movies may just have had it right. You know, when kindly old Doc hands the wounded cowboy a bottle of whiskey and a rifle bullet and rasps, “Down this and bite the bullet while I dig out the slug.”For almost as long as history has been recorded, healers have sought ways to render patients unconscious and insensitive to pain, and alcohol has been one of their principal tools. Biting the bullet – not so much.

That’s not all. In addition to mixtures of wine and herbs, other drugs administered to patients facing painful procedures have ranged from the opium poppy in ancient Mesopotamia to naturally produced gases believed to have been ethylene in Greece to the juice of coca leaves and, in India, the vapors from smoldering cannabis leaves.

The “modern era” of anesthesia didn’t truly begin until the 1800s, with the discovery that morphine, ether and chloroform could knock a patient out long enough for certain invasive surgeries to take place. Unfortunately, these were hard to control and frequent bad outcomes included the patient waking up during the operation or just never waking up at all. In fact, the term “anesthesia” – Greek for “without sensation” – wasn’t coined until 1840, by physician/ poet Oliver Wendell Holmes, whose son would later become an associate justice of the U.S. Supreme Court.

In the 20th century, the pace of innovation picked up markedly with the introduction of Novocain, lidocaine, sodium thiopental, inhaled cyclopropane and the muscle relaxant, pharmaceutical grade curare, making difficult operations more feasible. In 1956, the first modern-day brominated general anesthetic, halothane, led to the development of ketamine, enflurane, isoflurane, desflurane, sevoflurane and more.

One Lowcountry 21st century anesthesiologist is Dr. Mark Wimberly, an award-winning doctor with the Trident Anesthesia Group in Summerville. Dr. Wimberly noted that his specialty has evolved from simply attempting to place a patient in a controlled coma to a perioperative discipline, treating each patient individually and specifically from pre-op to recovery.

While the practice of anesthesiology has made quantum leaps in most of our lifetimes, Dr. Wimberly observed that physicians know that anesthetics work, but there has yet to be a definitive answer as to exactly how they work.

“There are theories,” he said, “but nothing has ever been proven in terms of a definitive manner of action. Sometimes we describe it as administering a poison in a controlled setting. The way we think it works is on the cellular connections in the brain.”

For patients facing a serious surgery, however, intellectual speculation is of little concern when placing their fate in the capable hands of a highly-trained anesthesiologist. That’s why Dr. Wimberly emphasizes the importance of making patients comfortable with the upcoming procedure, educating them about the process and explaining exactly what to expect.

“Anxiety is a significant factor for most patients,” he said. “That’s why we focus on patients having a positive outcome and explaining what will make their operation a success.”

An art as well as a science, today’s anesthesiology combines mathematics, chemistry, physics, a thorough knowledge of physiology and a “tailoring” to each patient’s specific needs and requirements. As an example, two patient categories requiring very different protocols are the very young and the very old. Because of their size, children need scaled down equipment such as child-sized intubation and intravenous apparatus. Additionally, anesthetic dosages have to be carefully calculated based on their age and weight. Mature adults require less precision because, even given variations in body weight, the vast majority of grown-ups react favorably to similar if not identical dosages.

At the other end of the spectrum, the elderly need special attention because they frequently suffer from heart conditions, strokes, respiratory failure and other chronic conditions – or they are simply frail. Because they are no longer robust, they often cannot tolerate high dosages of anesthetics.

Another group needing specialized attention includes patients suffering from obstructive sleep apnea. And for all patients on medications, the anesthesiologist must factor in any effects they might have on the anesthesia while at the same time keeping patients’ pre-existing conditions under control.

In his practice, Dr. Wimberly sometimes serves as the solo anesthesiologist in the operating room. More frequently, he supervises one or more anesthesiology care teams that include certified nurse anesthetists. His teams work semi-autonomously, but Wimberly is never more than moments away if the need for his intervention arises.

Another specific area for the practice of anesthesiology is obstetrics. For many vaginal deliveries, an epidural block is administered to minimize pain in childbirth. Caesarean section deliveries call for spinal anesthesia, often paired with a block so that once the new mother is conscious she can enjoy being with her baby without post-operative pain.

According to Dr. Wimberly, the most common general anesthetic today is propofol, a drug made famous if not infamous for its role in the overdose death of pop icon Michael Jackson.

“Propofol is actually a very mainstream anesthetic drug,” he added. “The Jackson tragedy may have given it a bad name, but the real lesson to be learned is that as wonderful a drug as it is, it is not for recreational use. In the operating theater, we use it for a reason – it’s very powerful and it works.”

The same is true for fentanyl, which has made headlines recently in connection with the opioid problem in the United States. Used to supercharge heroin, fentanyl has resulted in countless overdoses and many deaths.

“Any drug as potent as fentanyl – which is many times stronger than heroin itself – should only be administered by a qualified professional who is able to monitor the patient continuously,” he said.

As for so-called “twilight sleep,” often employed for minor procedures such as dental work, Dr. Wimberly offers another caution.

“These are oral or IV sedatives – often benzodiazepines – and they exist on a continuum that can slip into general anesthesia. There’s a dangerous fine line between the two, and any practitioner must use them with extreme care.”

In the quest for healing without extreme pain and suffering, medicine has come a long way from magic potions and crude concoctions to the sophisticated discipline it is today. What’s next just over the horizon? Many researchers look to discovering how each person’s genetic makeup influences the response to anesthetics, enabling doctors to adapt anesthesia uniquely to individual patients.

So, one day in the not-too-distant future, your contemporary anesthesia “Doc” may be able to offer you your very own personalized “bullet” to take you painlessly through your needed surgery. And you can save that bottle of whiskey until you’re back home, raising a toast to the medical specialist who made it all work. 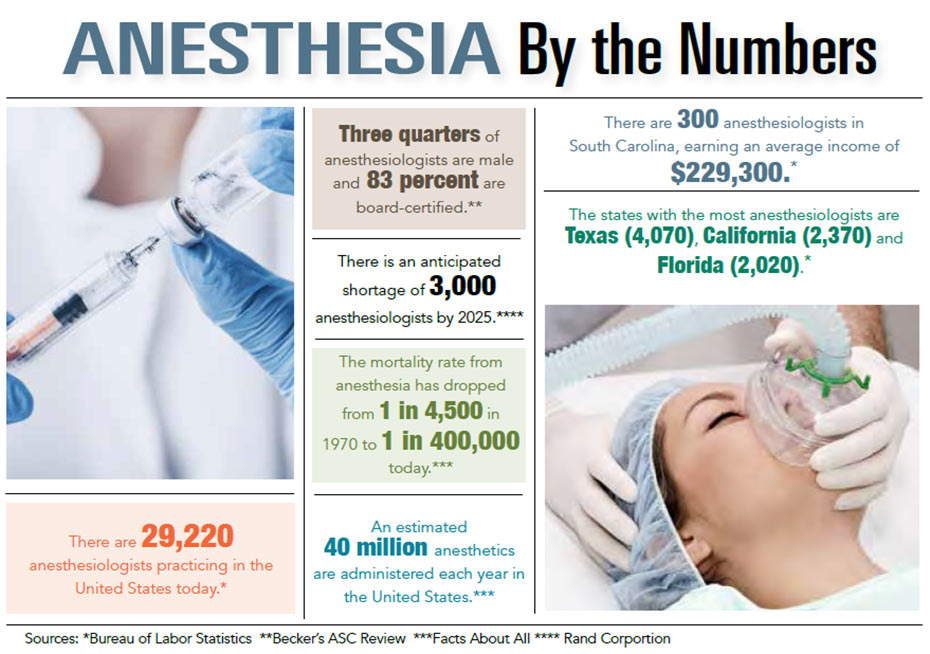