We live in South Carolina, and everyone knows it is humid, hot and buggy. But while most people are aware of these environmental factors, few take into account the true effects of the environment on our health.

“Pretty much everything goes back to environment,” said Dr. William Weirs, an expert at North Charleston’s Center for Occupational & Environmental Medicine. “Genetics loads the gun and environment pulls the trigger.”

At the Center for Occupational and Environmental Medicine, a 10,000 square-foot haven of environmentally safe medical offices, Dr. Weirs and Dr. Bettina Herbert treat patients with chronic pain and mysterious illnesses that are often traced back to what they ingest, touch or do for a living. Most of their cases have stumped other doctors.

“We tend to see the difficult cases,” said Dr. Weirs. As Dr. Herbert put it: “I get to be a medical detective.” 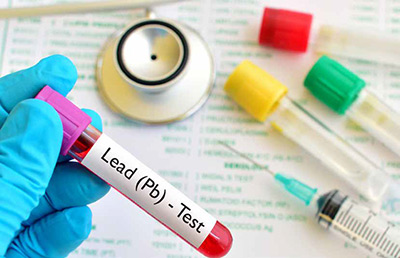 Dr. Herbert uses the analogy of an elevator: “Like an elevator that’s weighted for 2,000 pounds, as long as it’s 2,000 or less, it’s OK. A lot of the patients we see have the equivalent of 4,000 pounds on the elevator. The passengers in this car are allergies, toxins or chemicals, infections and stress,” she explained.

In Charleston, some stressors weigh down the elevator more than others. Excess moisture and mold, especially in pre-Hugo structures, is one of the biggest concerns. Exposure can cause allergy-like symptoms that usually become chronic. Another issue is heavy metal, like lead in old paint or mercury in farmed Atlantic fish. An excess of heavy metals – either through the water source, food or breathing contaminated air – causes digestive and cardiovascular issues.

Some cases sound like plots from the TV show “House.” One older man came to Dr. Weirs with muscle pain, memory loss, brain fog, fatigue and rashes that stumped his family doctor. After an in-depth life history of “pretty much everything that they’re willing to tell us,” Dr. Weirs discovered that the man was a career mortician affected by embalming chemicals and poor ventilation. In another case, a normally focused schoolage girl was suffering from absence seizures. Eventually the doctors identified french fries as the culprit. The symptoms were triggered by a plastic agent called ADA that’s added to fast food fries to keep them plump. It’s not just processed foods, though. Other patients who came in with muscle pain felt life-changing results after eliminating foods they were allergic to, sometimes healthy ones such as rice or apples.

“Many people have been lulled into complacency in our society,” said Dr. Weirs of the environmental triggers that surround us. “But I don’t want to cause panic. You don’t need to go live in a tent in Arizona.”

You can reduce your risk of illness, starting by eating the least chemically contaminated food possible, the doctors urged. Eat real food. Checking for mold and old lead paint or pipes should be a high priority in Charleston. South Carolina’s Department of Health and Environmental Control provides detailed air quality maps, pollution advisories and even an app telling you if the fish you caught are edible. Meanwhile, the nationwide Environmental Working Group reports on the safety of everything from hamburgers to hair care.

Environmental factors will weigh heavily on your health. Whether the threat is bugs during muggy summers or the plumbing in your rental, there is a definite solution – be aware. As Dr. Weirs reminds his patients: “An ounce of prevention is worth 10 pounds of cure.” 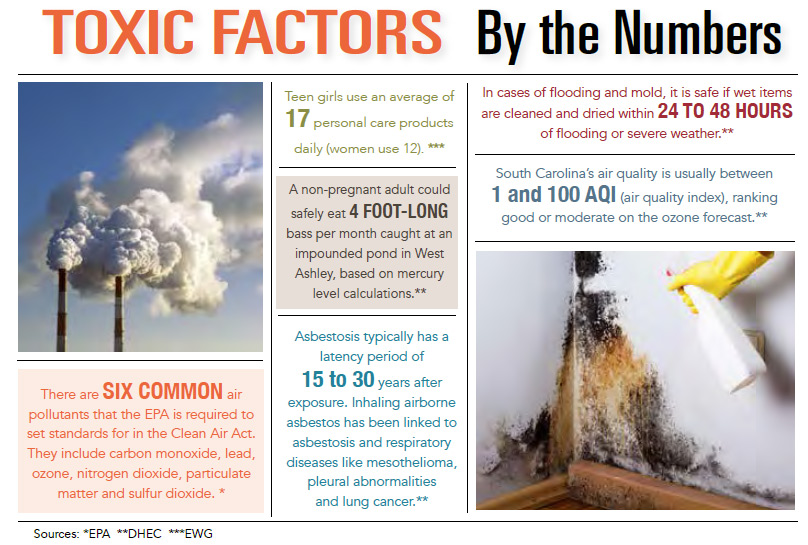