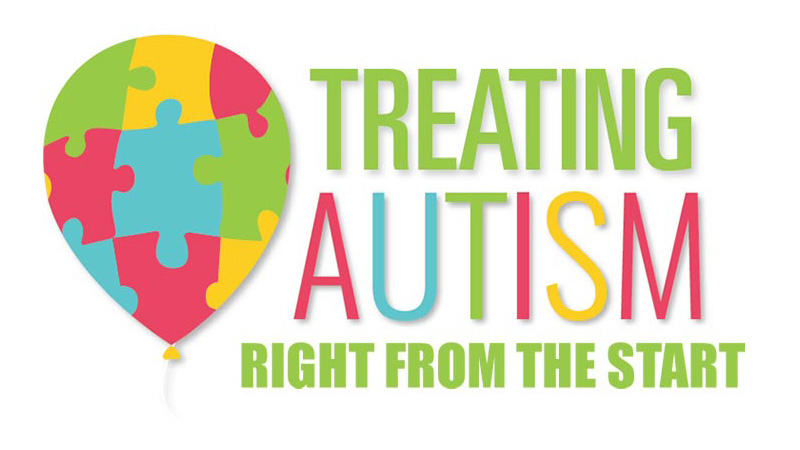 Not so long ago, children would be institutionalized when their behavior exceeded what their parents could handle. They would be sent away from other children and even their own families. In many instances, they suffered from a disorder characterized by impaired social interaction, limited communication skills, persistent repetitive behaviors and even uncontrollable tantrums. Treatment was minimal, and these unfortunates were consigned to lives removed from mainstream society.

Today, many of these children would be considered to be on the autism spectrum, a complex and vexing disorder that did not begin to be understood until the 1960s, when it was recognized as a lifelong syndrome separate and distinct from intellectual disability, schizophrenia and other developmental disorders.

The spectrum was defined in three parts: autism, Asperger syndrome and pervasive developmental disorder. And now there is treatment and hope.

The root causes of autism remain unknown, and there is no cure available. But early intervention involving intensive sessions with trained therapists and committed parents can frequently permit patients to grow up to live normal, often highly productive lives.

Just such a program of therapist/parent treatment was established in South Carolina when Susan Butler of the Isle of Palms sought help for her young son, Collin, whose developmental difficulties and troubling behavior had led to a diagnosis of autism. At that time, in the early 1990s, the nearest facility offering the highly successful program of Applied Behavioral Analysis was in Michigan. Moving the family there was not an option, so Butler searched for a way to get Collin the treatment he so badly needed closer to home.

With Ann Eldridge, a special education teacher at Collin’s school, Butler co-founded Early Autism Project in 1995. Now based in Sumter, South Carolina, with several other clinic sites throughout the state and affiliated facilities in Georgia, Florida and Pennsylvania, EAP serves approximately 1,000 children.

Eldridge recalled, “After seeing Collin’s dramatic improvement, Susan and I decided we wanted to provide the most effective, high-quality and evidence-based treatment to children and young adults who have autism. We started Early Autism Project because we want to help children with autism spectrum and related disorders reach their full potential.”

Despite his severe early difficulties, Collin was able to attend high school as a regular student. He went on to graduate from the University of South Carolina with a 3.8 GPA and is fluent in 12 languages. The story of Collin’s early autism issues, his mother’s determination to find help for him and his success story can be viewed at https://www.youtube.com/watch?v=0nuitK6KQSc&t=28s.

The Mount Pleasant Pruitt family also found help in EAP and its Applied Behavioral Analysis therapy. Shortly before their twins’ second birthday, the Pruitts became aware that their son and daughter were developing very differently. Emily was a typical toddler, but their son, Smith, was not.

While on a business trip, their father fortuitously stumbled upon a “Today” show segment on autism. He realized at that moment that their son’s difficulties were most likely a result of this disorder. A friend of a friend’s referral led them to Eldridge, and Smith soon began a rigorous 40-hour weekly regimen of therapy.

Today, at age 19, sister Emily is a freshman at Furman University and Smith is a special ed student at Wando High School. He continues to be involved with EAP, where he assists in the office several days a week. A natural entrepreneur, he also runs his own small business, assisting 60 neighborhood clients by moving their recyclable bins to the curb and returning them once they have been emptied.

“Just like the arrival of the new year brings opportunities for new beginnings,” Erin Pruitt, Smith’s mother, said, “Early Autism Project gave us a chance for a new beginning with our young son. If it were not for EAP and Applied Behavioral Analysis, Smith would not have had the life he has now. He’s happy, and he still has an innocence about him that we could probably all take some sense of direction from.”

The Pruitts’ story can be viewed at https://www.dropbox.com/s/iirtjyfun6phijg/Smith%20Video%20V1.mp4?dl=0.

Because autism affects each individual differently, not all families can expect results as dramatic as Collin’s and Smith’s. Nonetheless, the prospect of favorable outcomes is greater than ever before.

According to Sarah E. Pope, EAP’s assistant vice president for staff development, “We provide programs in home-based settings, as well as in clinical settings and in some school districts, although the majority of our clients are served in home settings. All of our children are treated one-on-one, and they range in age from as young as 2 years old to 21. The younger we can begin working with a child, the better.”

Kelly Taylor, who heads up the Mount Pleasant clinic site, said, “We offer resources such as regular respite events where parents can drop off their children and siblings; parent support groups to connect local families; and we are excited to be adding social groups in the near future. While the importance of home-based therapy should not go unrecognized, the availability of a clinic setting can be beneficial to children and families on the autism spectrum. It is a neutral environment where we can establish new and positive behaviors. We also have incredibly fun and motivating activities that may encourage a child to learn new skills or generalize skills learned in the school or home environment.”

Pope said that EAP currently has some 50 board-certified behavior analysts and board-certified assistant behavior analysts, as well as additional registered behavior technicians in South Carolina. Because each child’s needs are different, they each receive a different amount of treatment. EAP recommends that each child receive from 25 to 40 hours of therapy each week, ideally participating for nine hours as a weekly minimum.

“For a newly-diagnosed child, one of the main things we would be working on would be teaching them to request things they need or want,” Pope said. “For some children, this might be in the form of vocal language, but, for others, it might be a temporary functional communication method such as sign language or a picture-based method while their vocal ability improved.”

Additional therapy elements might include reducing tantrum-like behavior such as toy throwing, while working on toilet training and other personal skills.

“In some cases, we have worked with children who made slower progress than desired. This may be due to other disorders or factors that contribute to their limited progress. Regardless of whether a child is able to participate in a mainstream classroom or be considered ‘typical,’ all children are able to learn. In addition, we are always able to help families improve their lives.”

She added, “Even if someone were not receiving services from Early Autism Project, we would encourage them to participate in an intensive program guided by a board-certified behavior analyst and the earlier the better.”

Estimates are that as many as one in 68 children in the United States may fall into the autism spectrum, with boys far more likely than girls to be diagnosed. Reported cases of the disorder have soared since the 1990s, but these numbers may reflect other factors such as changes in diagnostic practices, medical referrals and public awareness.

According to EAP, some of the signs parents can look for which might indicate autism are: not babbling or gesturing by 12 months; not using single words by 16 months; not using two-word combinations by 24 months; and any loss of language or social skills at any age.

No matter what behaviors might lead to a diagnosis of autism, Applied Behavior Analysis therapists agree that children and their families will be better served in clinical or in-home settings rather than in a more sterile institutional environment that does not resemble the typical world to which they aspire to belong.