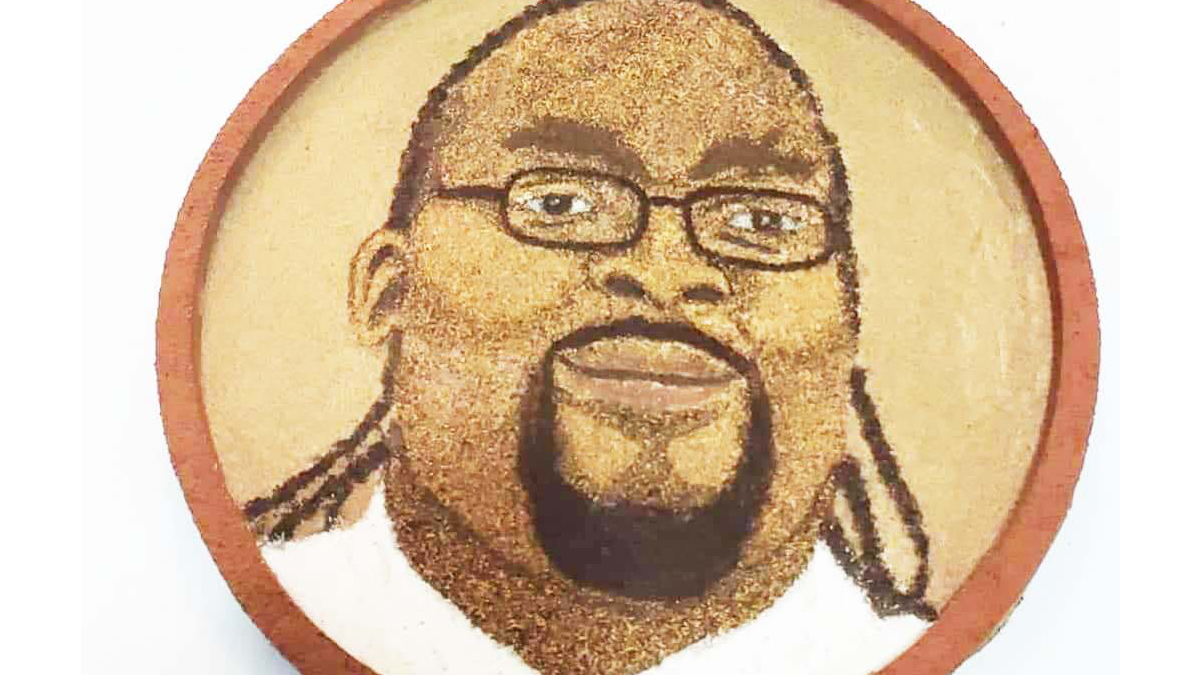 On June 19, 2017, life changed abruptly and tragically for a young family in Cincinnati, Ohio. Cletus Schneiders III choked on a piece of steak while his wife, Carrie, was tending to their three small children in the next room. By the time she realized Cletus was in trouble, it was too late to save him. Two days later, he was declared brain dead; suddenly, Carrie was faced with excruciatingly difficult decisions. One thing she knew for sure was that her husband would want to help people as much in his death as in his life. To honor his generous spirit, she agreed to donate his organs.

What she did not expect was the 150-person gathering that lined the hallway of Mercy West Hospital for Cletus’ final journey. Doctors, nurses, hospital staff, friends and family were there to pay tribute to this heroic young man. Carrie has described the experience as simultaneously amazing and heartbreaking. Pictures posted on Facebook soon went viral, and the concept of “The Honor Walk” was introduced across the nation and the world.

For Carrie, the immediate response from grateful organ recipients around the globe was comforting. They shared personally their gratitude for donors like her husband who had given them a new lease on life. In fact, she said these new connections were the only thing that kept her going during those first pain-numbing days. Cletus’ own lasting legacy would include 50 grateful recipients.

Today, any hospital can easily host an Honor Walk. Organ procurement organizations assist in arranging the details in conjunction with the grieving family and hospital. After rigorous tests to confirm the patient is clinically and legally brain dead, the patient travels the final journey from the intensive care unit to the surgical operating room. Family and friends, as well as hospital staff, are invited to pay their respects by lining the hallways. It is a somber, sacred journey. Sometimes music is planned; sometimes voices rise spontaneously when a favorite hymn or significant melody is remembered. Usually, but not always, families follow their loved one’s hospital bed to the end of the hallway to say one more tearful goodbye.

For Shana Owens, attending the Honor Walk to publicly say goodbye to Craig, her husband of 20 years, was just too painful. However, other family members and friends were there and a video was made. While Shana has chosen not to watch it, she said viewing it has brought some peace to her children. Knowing Craig’s legacy continues as the hero of the first Honor Walk at the Medical University of South Carolina and his lifesaving liver donation have been comforting to her.

On Friday afternoon, Feb. 7, 2020, 17-year-old Keegan Johnson was accompanied by his family on that same heartbreaking, one-way journey. Mom Allison said her son always wanted to be a hero and exactly four months earlier had chosen to be an organ donor on his driver’s license, should the unthinkable happen. Keegan’s wish came true; he was able to save four lives with five of his major organs and to help many others with his valves, tissues and bones.

Allison participated in Keegan’s Honor Walk and has found the memory to be comforting in the two years since her oldest son passed. We Are Sharing Hope SC, the South Carolina OPO, handled all the details of Keegan’s Honor Walk at Greenville Hospital. At some point during the walk, someone started singing a hymn that was precious to this family and their beliefs. People clapped and clapped and clapped to honor Keegan and the legacy he was leaving behind.

Victoria Dhindsa, SHSC communications manager, explained, “We want to inspire our community, to offer hope and to change lives through the gift of organ, eye and tissue donation. Honor Walks are a dignified way to support grieving families and honor each hero’s final act of kindness.”

In South Carolina 1,600 people are anxiously awaiting a second chance through the gift of transplantation. Of that number, 1,400 need a kidney. Approximately 17 people in the United States die each day awaiting a transplant, and a new name is added every nine minutes. Becoming a donor is easily accomplished online at DonateLifeSC.org or on your iPhone Health App. Details can also be given to the local motor vehicle department when updating your license, and individuals should always share their critical end-of-life decision with a loved one. We Are Sharing Hope SC is the federally designated OPO for the state of South Carolina, working with more than 80 hospitals across the state to honor the gift of organ, eye and tissue donation.

When it comes to the desperate need for organ donation, perhaps Allison Johnson Miller summed it up best: “We said from day one that Keegan would change the world – we just didn’t know how. If you can help someone and give someone else the gift of life, why wouldn’t you?”