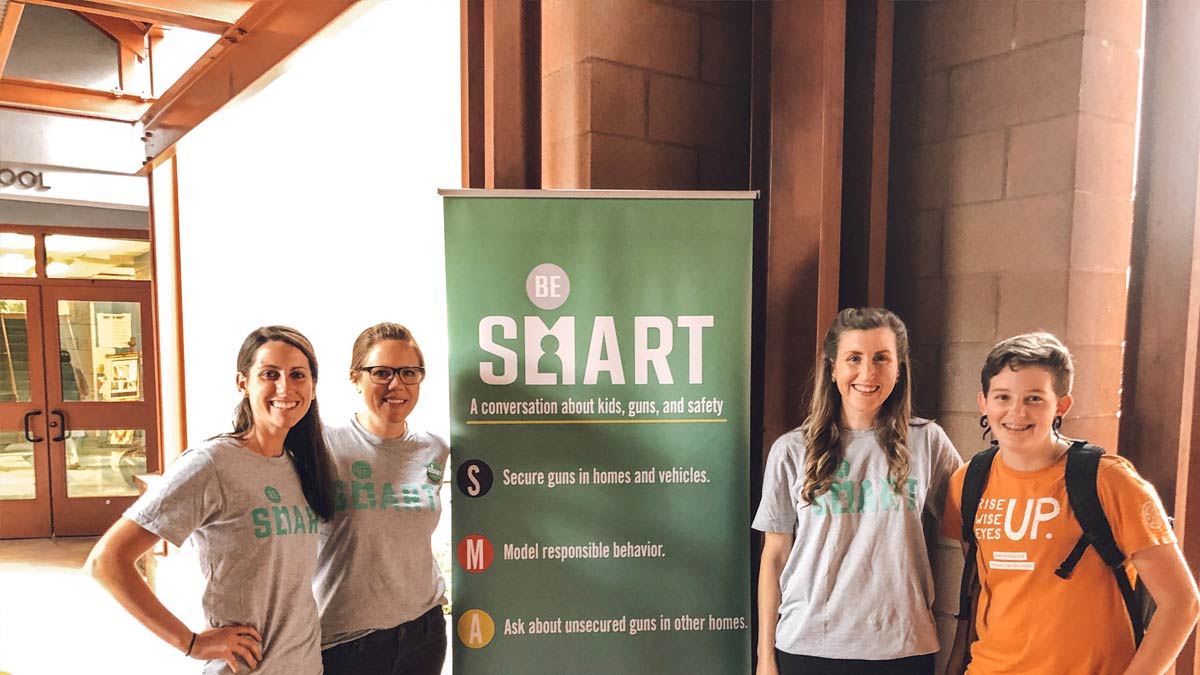 There are 4.6 million American children living in homes with guns that are both loaded and unlocked. And every year, nearly 600 of them 17 and under die by suicide with a gun and an additional 100 are unintentionally shot and killed. Firearms are the second leading cause of death for children in the United States. These alarming statistics come from the Be SMART For Kids campaign, a national initiative dedicated to teaching adults about gun safety and respect for firearms. The organization’s focus on adult education with gun safety is based on securing firearms for the sake of children.

“It’s preventive and that’s what really drives my passion to be involved in this organization,” said Dr. Anne Lintzenich Andrews, a pediatrician at the Medical University of South Carolina and advocate for Be SMART in the local Charleston community.

She explained, “Teens and unsecured firearms are a terrible mix. How many teens have impulsive thoughts? The thoughts are usually fleeting, but, if they have access to a gun, they may act on those thoughts, and it will likely be fatal.”

Not to mention the unintentional shootings that occur when children find an unsecured firearm in the home: How many stories do we need to hear about a 2-year-old picking up a loaded gun and killing themselves or someone else?

Dr. Andrews said teaching children how to use a gun has not proven to be a reliable way to keep them away from guns safely: “It is really the adult’s responsibility to secure the gun. Period.”

Be SMART is designed to educate parents and other adults on the importance of gun safety and the actions they should take. SMART stands for the five points that are the main message of the organization:

When it comes to the first point, securing guns, Dr. Andrews spoke about the multiple options. The Be SMART organization actually gives away cable gun locks for free to the community.

“You can certainly purchase one yourself, but we want to get them directly in people’s hands when we are out in the community so we do give them away,” she said.

She spoke about safes that are fingerprint activated as well and, of course, regular safes with a code or key.

“It is important to keep guns locked up, unloaded and with the ammunition in a separate location also locked,” Dr. Andrews said.

As for modeling good behavior, Dr. Andrews wants adults to be more responsible with their firearms and respect them.

“I have noticed that families that hunt often model the best behavior because they respect the gun as a weapon and are, for the most part, good about storing the guns safely,” she said.

Communication with others when your child will be visiting their home is the third point.

“I think so many people feel awkward to ask, like it is a taboo subject,” she said. “Just remember that if your child didn’t swim well and you knew they had a pool, you would say something about that, right? Or if they had a dog and you knew your child wasn’t comfortable with dogs. Or even allergies – parents are always mentioning their allergies to other parents. So why not ask other adults if they have a firearm in their home and make sure it is secure?”

She also mentioned that in her experience with her own children, the more she asked, the less awkward the question became.

“I just text it to the other parent, and I have never had anyone give me a hard time about it,” she said.

The last two points about recognizing the role that guns play in suicide and getting the word out about the Be Smart campaign go hand-in-hand.

“Turning the gun on oneself as a teen is unfortunately something that is a real problem in the United States and one that we all need to take seriously,” Dr. Andrews said. “We need to be asking more parents – and grandparents, for that matter – if they have guns in the home and if they have them secure. This is not about politics. It is about safe storage, and it is for the sake of our children.”

To find out more about Be SMART, visit www.besmartforkids.org.