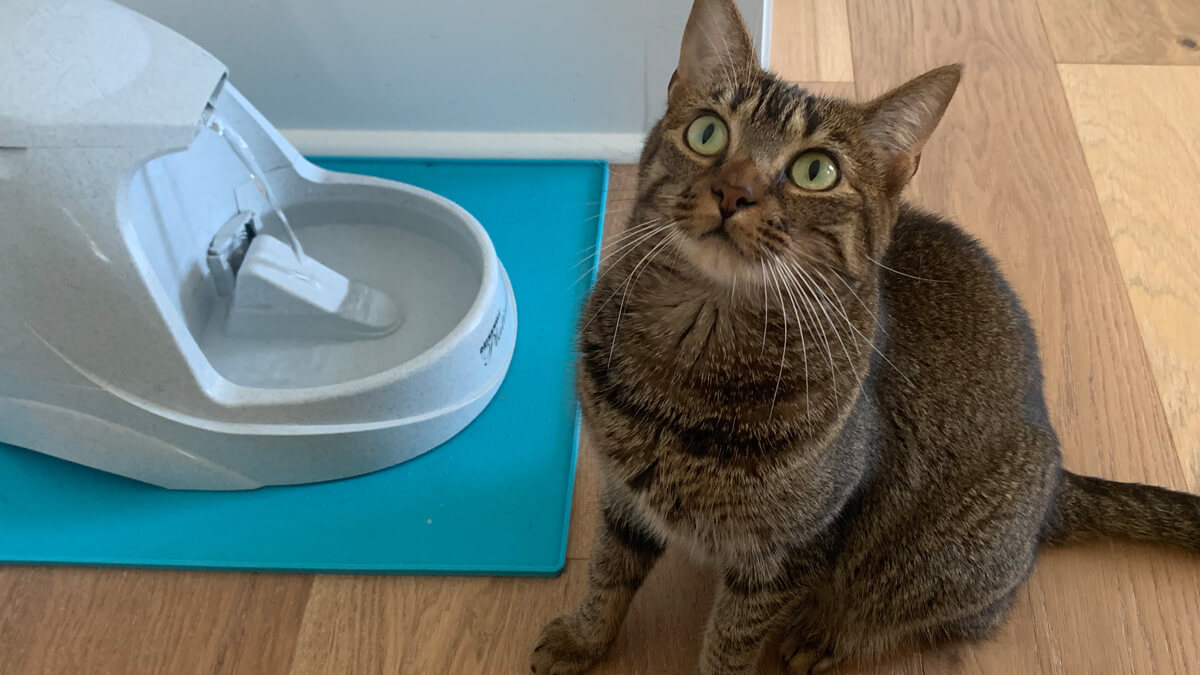 Why is it that dogs always seem to garner more attention about their health problems than their fellow domestic pets – the cats?

Jess Nord, V.M.D., feels several factors are in play. One is that the American Society for the Prevention of Cruelty to Animals estimates that Americans take into their homes some 20 million more dogs than cats. Another, Dr. Nord speculates, is that dogs in general require more attention than cats do.

“People look at cats as being very self-sufficient. However, that’s incredibly wrong when it comes to veterinary medicine,” she said.

According to Dr. Nord, “cats tend not to show signs of illness until they are very, very sick.”

One area in which this manifests itself is disorders of the kidneys and the urinary tract.

Male cats are more likely than females to find themselves in the emergency rooms of hospitals such as Mount Pleasant’s Veterinary Specialty Care for these issues.

Feline Lower Urinary Tract Disease is a syndrome that can be manifested by vomiting, refusal to eat and acting extremely lethargic. FLUTD can be very painful, Dr. Nord noted, adding that male cats frequently come to their office screaming, vocalizing and even collapsing.

“Some have not been able to urinate at all. This has to be addressed as soon as possible as it could lead to a fatal condition within 24 hours,” she pointed out.

A frequent cause of urinary tract disorders in male cats is the formation of crystals in the bladder, potentially from drinking highly mineralized water and eating a diet with an inappropriate mineral balance for that patient. This can lead to the formation of kidney and bladder crystals and stones, as well as general inflammation, which can cause pain and even an inability to urinate.

“If a cat is not able to urinate, he can die within 24 hours of kidney failure and severe electrolyte changes that can cause cardiac arrest,” Dr. Nord said.

Diagnosis involves feeling the bladder, which can be the size of a “baseball or even a softball,” she added, “and painfully hard.”

Fortunately, if caught in time, this condition can be relieved by catheterizing so that the male cat can urinate. Then the condition can be treated with medication and fluids plus a change in diet to a prescription food that can decrease inflammation and crystal formation.

“Cats are chronic under-drinkers, which is why kidney disease represents such a large proportion of disease for them,” according to Dr. Nord.

In some instances, veterinarians can employ a minimally invasive procedure called cystocentesis. Done with ultrasound guidance, it involves the insertion of a needle into the bladder to collect a sterile urine sample to examine for the presence of crystals, inflammation and infection if a cat presents without a blockage but is having signs of a disorder.

Only occasionally will surgical intervention be required, according to Dr. Nord: “If bladder stones are present, some cats will need to have them surgically removed, though there is mounting evidence that some stones can be managed with diet alone.”

Dr. Nord observed that female cats can also develop kidney and bladder stones, but they are less prone to blockage due to the anatomy of their urinary tract. However, they are more likely to develop urinary tract infections, again because of their anatomy. Symptoms of UTI can include bloody urine and straining to urinate. While painful for the cat, UTI is less likely to result in obstruction. After proper diagnosis, a regimen of antibiotics is a reliable method of treating such infections.

Dr. Nord stressed that cat owners “have to be diligent in monitoring their cat’s routines and how they might change because of a urinary tract disorder. Some symptoms might include bloody urine, producing small amounts of urine, going outside of the litter box and straining to urinate.”

For the record, Dr. Nord has experience treating cats and is a cat-owner herself. She has four of them!

“Despite a trained eye, it can be hard to detect illness in a cat,” she said. “Even I have had to seek the opinion of my colleagues when caring for my own furry friends!”