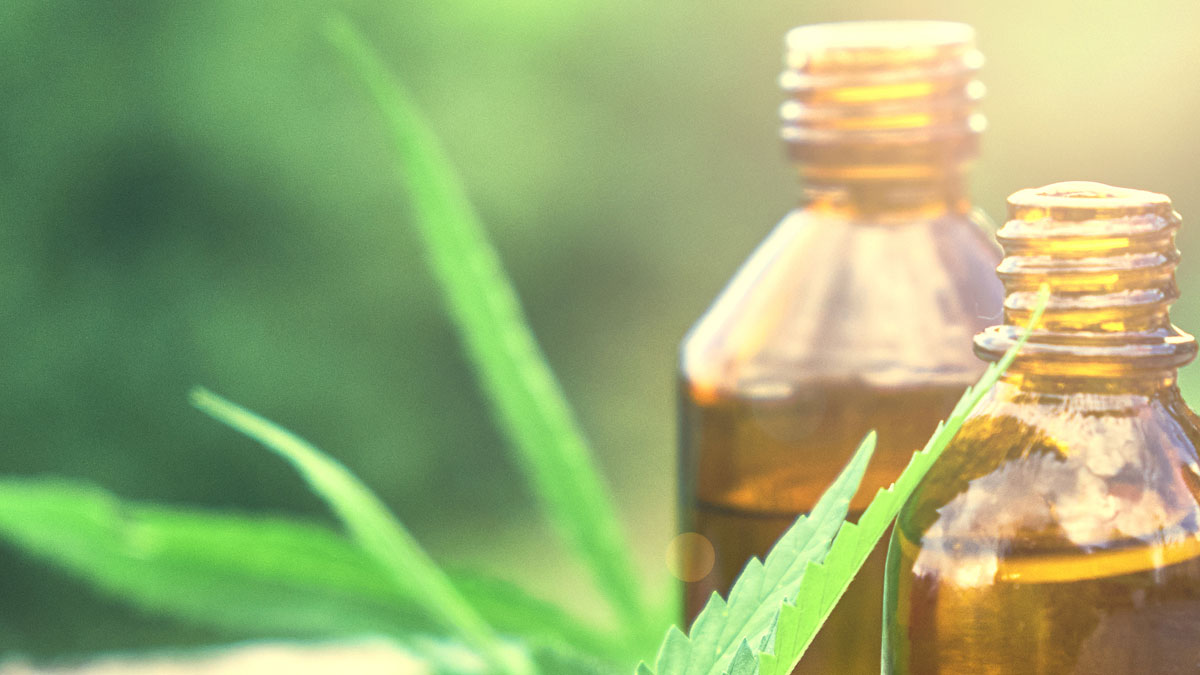 Have you heard about CBD oil? Maybe seen it on the shelf at a convenience store, in a vape shop or even at a high-end pharmacy? Perhaps a friend has recommended CBD oil for relief from chronic pain, anxiety or any of a host of other ailments.

CBD oil is available as a liquid (tincture), in capsules, in pills, as ointments and salves, in shampoos and soaps, as a wax for “vaping,” as candy-like “edibles” and in a growing number of foods and beverages. Even international giant Coca-Cola is reportedly looking into some CBD-infused drinks.

It’s important to understand that CBD oil is not marijuana (nor is it hemp oil, a frequent source of confusion). CBD oil is cannabidiol, one component of that same cannabis sativa plant that Cheech and Chong inhaled into movie industry fame. It won’t get you high, but it just might make you feel a lot better.

Throughout South Carolina CBD oil is legal, sort of. Only one form of CBD, Epidiolex, is approved for prescription use, and then only for two rare forms of epilepsy, Lennox-Gastaut syndrome and Dravet syndrome.

However, because properly extracted and formulated cannabidiol contains zero or only trace elements of THC – the cannabis component that delivers the “high” – government generally looks the other way.

There’s ample evidence that the cannabis plant has been used medicinally since antiquity and has frequently been mentioned in connection with delivering noteworthy benefits. More recently, claims have been made that non-psychoactive cannabidiol offers therapeutic results in treating anxiety, depression, chronic pain, multiple sclerosis, schizophrenia, psychosis, diabetes, hypertension, Alzheimer’s disease, opioid addiction and more. It’s even been said to help curb the spread of certain cancers.

It’s true that the considerable body of evidence supporting cannabidiol’s efficacy is anecdotal. But that’s only because the Food and Drug Administration has yet to conduct important double-blind human tests against placebo. That, no doubt, has less to do with any FDA reluctance to obtain scientific evidence on CBD oil as it does the agency’s reflection of the federal government’s long-standing prohibition against cannabis in all its forms.

So, today, from Hilton Head to Gaffney and all the places in between, you’d be hard-pressed not to run across the opportunity to buy some CBD oil and try it out yourself.

Charleston-area mother Jennifer Burke swears by CBD oil because of the immediate benefits it brought for her 7-year-old son. Cayden suffers from acute lymphoblastic leukemia. His chemotherapy left him with peripheral neuropathy, manifesting itself in intense itching.

Over-the-counter antihistamines helped a bit but made Cayden constantly drowsy. But, after the first .5 milliliter oral dose of CBD oil, the itching that had caused him to raise welts on his skin from scratching was immediately and completely gone.

“I was blown away,” Jennifer said.

Since then, Cayden has experienced flare-ups after his chemo. At her son’s request, Jennifer doubled his daily dosage and the itching once again disappeared.

While Jennifer believes Cayden’s CBD oil may be the answer to her prayers, she encourages others to find out who is manufacturing it and how it is processed and compounded.

In the Lowcountry, one of the newer and fastest-growing purveyors of the oil is Coastal CBD. Founded only one year ago by a trio of entrepreneurs in the Mount Pleasant area, Coastal CBD already boasts some 100 outlets statewide, with even more extending beyond the borders of the Palmetto State.

“We are distributors, suppliers, wholesalers and retailers,” he said. “Most of all, we are educators, spreading the good word about CBD oil, educating people from all walks of life about its benefits and letting customers know that our products are thoroughly tested and the highest quality.”

According to Kent, his team regularly reaches out to doctors, nurses, pharmacists, school administrators even some police departments to let them know what CBD oil is, what its benefits are and how to use it.

“Since the 2018 Hemp Farming Act passed, people can now with confidence both sell and use CBD oil products,” he said.

Coastal CBD obtains is oils from Green Roads, a Florida enterprise claiming to be the nation’s leading manufacturer and supplier. Over and above non-traditional outlets and online sales, some of the traditional pharmacies in the Mount Pleasant area stocking Coastal CBD products include Pitt Street Pharmacy and Sweetgrass Pharmacy & Compounding.

Although not all are Coastal CBD customers, a few other locations in the Upstate include Purely CBD in Greenville and (according to the website, bestcbdoils.org) Smoke ‘n’ Brew and Randy’s Smoke-N-Holes in Clemson.

Taking a somewhat different approach, biochemist Louis Miles of the James Island area, near Charleston, focuses on the science, compounding his own CBD products at his CBD Carolinas laboratory in West Ashley, also near Charleston.

“CBD is quite safe to use and appears to be very effective in helping with a wide range of medical issues,” he said. “CBD has gone from something that was relatively unknown a few years ago to exploding onto the scene and being recommended by medical doctors for certain conditions.”

“In the years ahead, there will be innovation and creativity across the board from plant breeding to extraction methods to developing new and different formulations for the end user,” he added.

Miles lived a couple of years in Colorado, arguably the nation’s epicenter for all things cannabis. He moved back to the Lowcountry because he was “amazed to see how adoption of CBD has grown in the state.”

Miles still sources his plant materials from Colorado, and he said that his ultimate target markets are health food stores, health professionals and pharmacies. His CBD products can already be found at retailers including SkinPro Studio, Johns Island Farmers Market and Lava Salon – all in the Charleston area.

A Summerville woman who found his products at the Johns Island Farmers Market is Sarah Flores, 38, who suffers from numerous painful and debilitating conditions, including degenerative spinal discs, osteoarthritis, scoliosis and neuropathy.

No longer able to work and hampered in maintaining a household for herself and her six children, she tried CBD capsules as a substitute for the opioids and other strong medications she had been taking. She said that within a week, she saw results and now can walk a mile without assistance and is considering returning to work drug free.

“CBD,” she said, “has changed our lives completely.”

Miles acknowledged that “as with any new industry, there is a lot of misleading information about CBD out there.”

Nonetheless, he envisions FDA-sanctioned human clinical trials in the near future and anticipates “considerable relief for people who have not been able to find it elsewhere.” 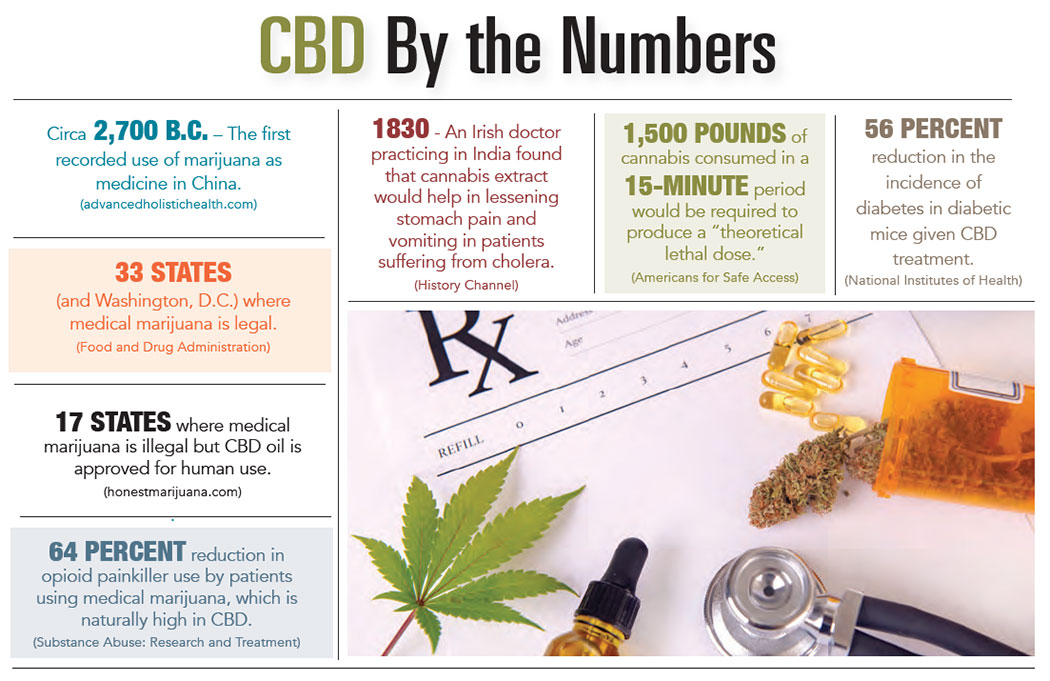