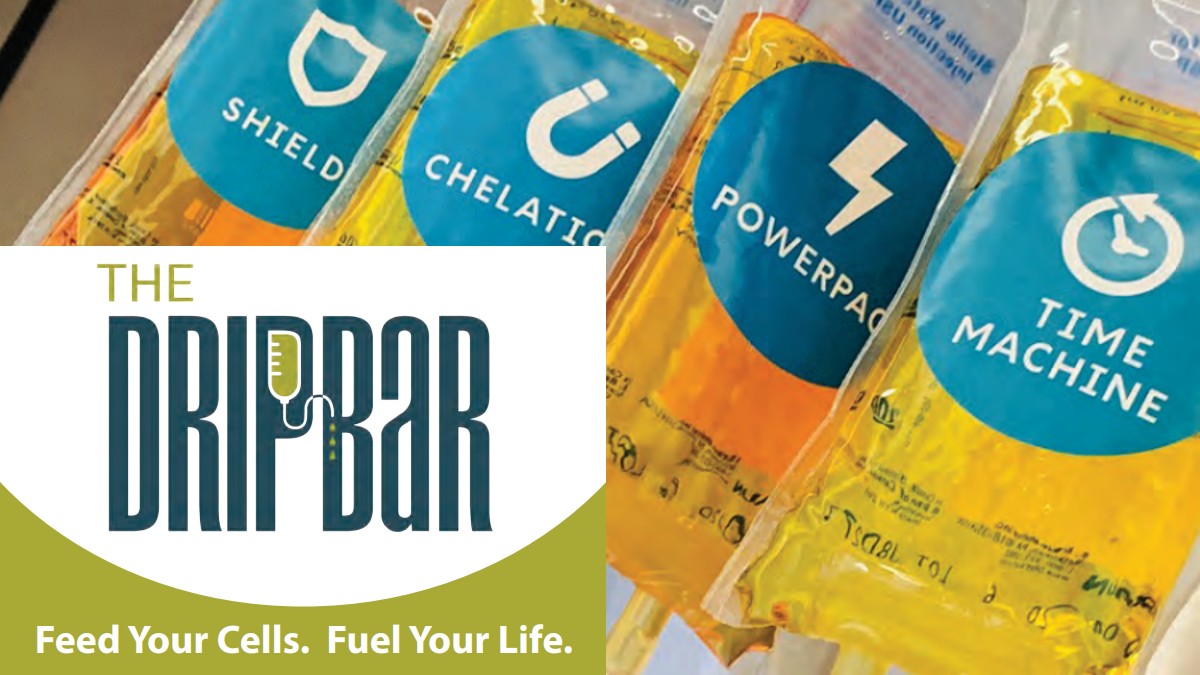 When Andrew Stocker learned of his father’s terminal brain cancer diagnosis, he looked to both modern and alternative medicine to help him live his final days as comfortably as possible.

“We searched high and low to find a service like The DRIPBaR. We know that it would not have saved his life, but there is a lot that can be said for getting better quality time in the end. Those last few days or even hours mean everything,” recalled Stocker.

DRIPBaR offers intravenous therapy, which delivers key nutrients directly to the body through an IV. DRIPBaR’s therapies support the body’s cellular regeneration more effectively than oral supplementation because it’s impossible to achieve the same absorption of these nutrients orally.

Historically, said Stocker, IV therapy has been reserved for large hospital networks and renowned cancer treatment facilities. Today, DRIPBaR offers specialized IV drips in two categories: IV Lifestyle Drips and IV Health Support Drips. The Lifestyle Drips support those who want to live life to the fullest. From a Power Pack IV that boosts brain and cellular function while delivering a high dose of vitamin C to neutralize free radicals to a Jet Setter IV, which is designed to provide travelers with high levels of antioxidants and hydration, DRIPBaR’s Lifestyle Drips offer something for everyone. Whether a person is recovering from a short-term illness or living with a chronic disease, nutrient-dense IV drips promote healing at the cellular level.

DRIPBaR’s IV drips are administered by registered nurses practicing standards set by DRIPBaR’s executive team and research and development council. Drips can take anywhere from 20 minutes to more than an hour to administer, but DRIPBaR also offers IM Quick Shots, which can be completed in minutes.

Stocker and his wife, Malia, hope to make the benefits of IV therapy more accessible to those who need them. They recently opened their Mount Pleasant location and plan to launch a mobile service that will bring their evidence-based, health-boosting therapies to busy professionals and those who are homebound.