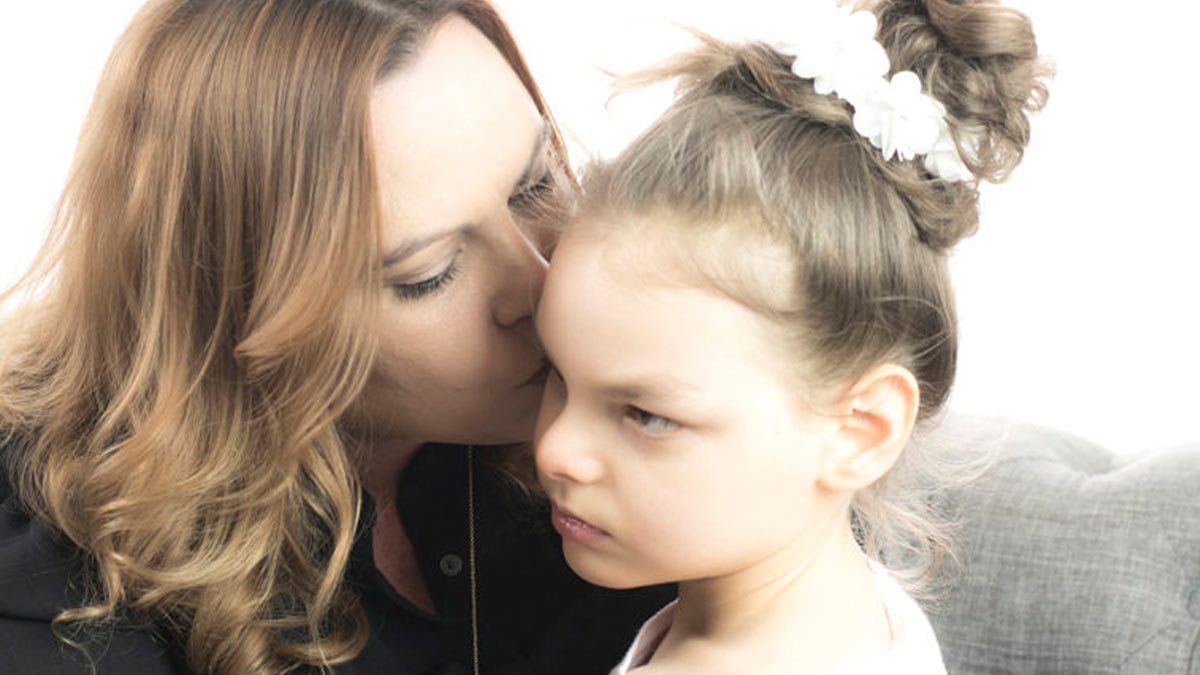 In the age of technology, where information is always just a click away, we’re more equipped than ever to advocate for ourselves as consumers and patients. But when you or your child is diagnosed with a disorder that you’ve never heard of, with no proven treatments or cures, advocating for yourself takes on a whole new meaning.

Harmony Newsom is the youngest child in her family by 14 years. She had an uneventful birth and spent the first few months of her life as most babies do – eating, sleeping and growing. At around 5 months, her mother, Janel Ralph, noticed that Harmony was developing a strange blinking pattern that she attributed to allergies. Ralph scheduled an appointment with her daughter’s pediatrician to discuss the blinking later in the week, but, within a matter of a few days, Harmony’s blinking turned into infantile spasms, and the family knew that something more serious was going on. A trip to the emergency room and a CAT scan gave them an answer to the question of what was happening with Harmony. She was immediately transferred to the Medical University of South Carolina, where, with the help of an MRI, Dr. Robert Turner diagnosed her with grade two lissencephaly.

According to Healthline.com, “A typical scan of a human’s brain will reveal many complicated wrinkles, folds and grooves. This is how the body packs a large amount of brain tissue into a small space. The brain starts to fold during fetal development. But some babies develop a rare condition known as lissencephaly. Their brains don’t fold properly and remain smooth. This condition can affect a baby’s neural function and symptoms can be severe.”

Once Harmony had a diagnosis, she immediately began a course of drugs, starting with phenobarbital. Each new prescription would offer the family hope but would eventually fall short of controlling Harmony’s seizures.

“She would do well for three or four weeks, and it would reduce her seizures. Then they come back and be stronger, so the doctors would increase the dose,” Ralph recounted. “And then, after a while, you increase the dose so much that now you can’t increase anymore.”

At around 3½ years old, Harmony received her third course of steroid shots, which had worked well in the past but this time resulted in a massive uptick in seizures. Within a 10-month period, she endured four ambulance rides and was medevaced to MUSC three times. That was when Ralph reached her breaking point – she knew there had to be a better solution.

That answer turned out to be CBD, although finding a sustainable way to provide Harmony with the relief that she needed was an arduous journey. The CBD industry was in its infantile stages, and there wasn’t enough information out there for patients on where to obtain safe products and the amount that should be used. But, even without guidance, Ralph could see that this was the solution for her daughter.

“After eight days of us giving it to her, she went 12 days without a seizure. She hadn’t had a day without a seizure for two years. And then she started laughing and kind of waking up, and we hadn’t even changed her pharmaceuticals, which is kind of strange because the pharmaceuticals had her in a medical trance. We hadn’t heard her make a sound in over a-year-and-a-half. She started laughing, which was just crazy.”

Now the family faced the task of finding a trusted, reliable source for Harmony’s treatment. After receiving from a “reputable” company a batch of CBD that turned out to be full of THC – the main psychoactive compound in cannabis that produces the “high” sensation – Ralph realized that if you want something done right, you have to do it yourself. That epiphany was the impetus for the birth of her company, Harmony CBD.

With the passing of CDB-friendly legislation in Kentucky, she began working with a farmer there to produce a product that was safe and tested. She then went to work with local South Carolina lawmakers to legalize hemp growing and CBD sales in 2017.

“We ended up bringing all of our operations to South Carolina at that time and our genetics, too, and started growing and manufacturing here,” she said.

Not only is Ralph proud to offer a supplement that people can rely on, but she is excited to provide people with a full-spectrum CBD option.

“There’s a lot of research that touts the entourage effect, and leaving all of the secondary cannabinoids and terpenes and all of the stuff that’s in the plant means that you don’t have to take as much of it, and, in most cases, you have a better reaction,” she explained.

When Harmony was diagnosed with grade two lissencephaly, she was not expected to live past the age of 4. She recently celebrated her 11th birthday and, six years after beginning CBD supplements, has cut out 90% of her prescription medication – all thanks to a family that went above and beyond to advocate for their daughter.

“I’m just happy that she’s still here,” Ralph exclaimed. “I mean, if it wasn’t for this, I know perfectly well that she wouldn’t be here with us today.”