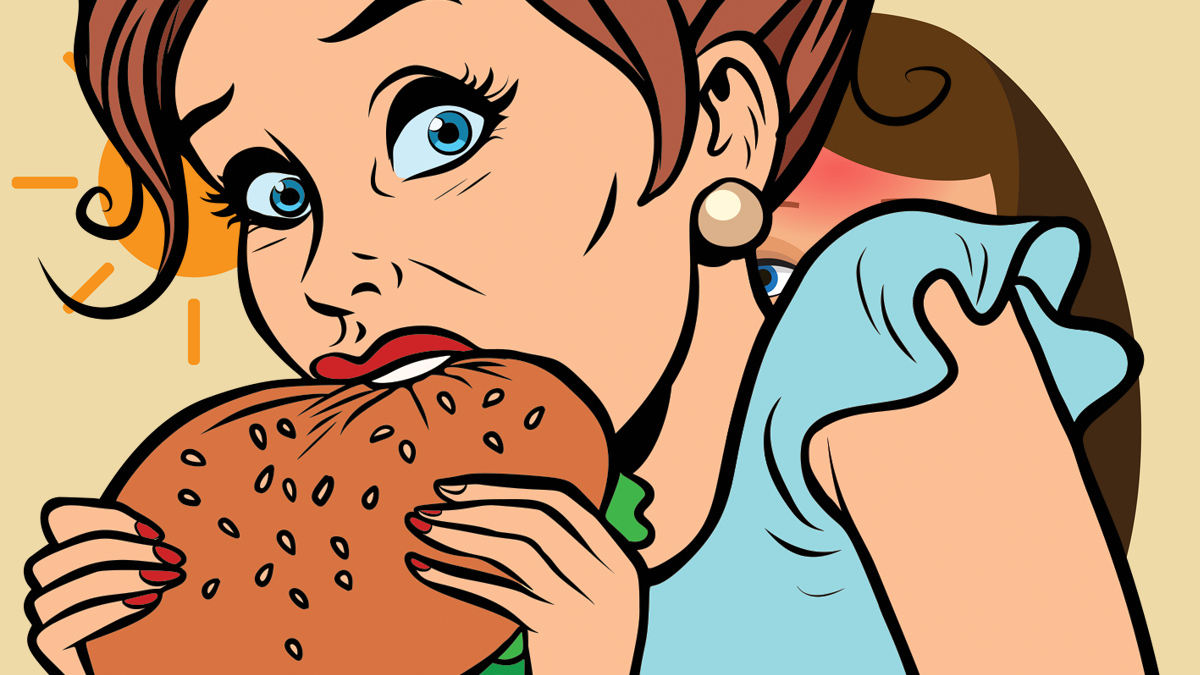 “There were six of us in the family, and at dinner we would pass a bowl of potatoes, a bowl of vegetables and a plate of meat, if we had meat – and everyone took one spoonful or one piece and passed the bowl or the plate to the next person,” said Clark, who was born in 1914. “And one of everything was all you got because there was hardly ever anything left for a second go-round.”

While Clark added that his family “could have stood to eat more if we had had it during that time,” the opposite is now true for most Americans. Overweight, overeating and obesity are more common among Americans than at any other time in history.

While many factors, such as physical inactivity, already-prepared food and the rise of fast food, in the past 60 years keep contributing to these health concerns, at their roots is a general disregard of serving sizes in almost every food category.

“Most people pay sporadic attention to serving sizes,” said Dr. Cici Carter, owner of FreshMed, LLC, in Charleston. “We commonly sit down with a bag or box of food and eat until we’re content – which is likely beyond a true serving size.”

She added that larger portion sizes have only enabled Americans to simply eat as much as they like.

“That, coupled with a ‘clean your plate’ mentality of those living in previous generations when food was scarce, has certainly contributed to obesity,” Dr. Carter said. “Many of us have lost the ability to eat ‘intuitively’ and thus continue to overeat or drastically undereat for what our body may need.”

But exactly what kinds of food does our body need? And, depending on our age, gender, size and activity level, how much should we have?

The answers go back to 1943 during World War II, with the creation of the original seven food groups by the U.S. Department of Agriculture. The food groups were intended to help Americans maintain nutritional standards under wartime food rationing. But, over the next 50 years, eating habits and portions kept changing and Americans began putting on weight.

So in 1993, after re-creating the seven food groups into the food pyramid, the USDA introduced serving sizes to help Americans regain control of their weight. But in the last 30 years, serving sizes have proven to have had almost no value as to how Americans eat – let alone what they eat.

For example, consider this comparison of the following three guidelines:

While the 1943 guide came with no daily serving sizes or age delineations, it encouraged people to “eat some food from each group every day.”

The 1993 guide omitted potatoes, leaving one less food group than in 1943.

The MyPlate guide also omitted potatoes plus butter and fortified margarine, thereby leaving one less food group than in 1993 and two less than in 1943.

So with all these guidelines from the past 80 years, why aren’t the majority of Americans slim and trim?

When asked why he didn’t eat too much now that he could, he said, “I guess I got used to eating only so much when I was young.”

And even though Clark’s habit came under extreme circumstances, it lowered his chances of developing heart disease, diabetes, stroke, certain cancers and other forms of chronic illness that are now a global epidemic.

The World Health Organization reported in 2021 that at least 2.8 million people die each year as a result of being overweight or obese. And between 1975 and 2016, the number of school-age children and adolescents with obesity increased from 11 million to 124 million, making it one of the most serious global public health challenges of the 21st century and affecting every country in the world.

Dr. Carter said reversing the trend at this stage will mean masses of people choosing to alter their eating habits in the face of ready-made food.

“There has been a shift in what is available in terms of healthier prepared meals with appropriate portion sizes,” she said. “But it will take a while for us to relearn what’s actually appropriate.”

To this end, she offered this advice:

“And then stop,” Dr. Carter said. “When we’re distracted by conversation, we often don’t realize what or how much we’re eating. And if you do want to have more education on serving sizes, ask your provider or make an appointment with a registered dietitian. There may even be offerings for free classes to give you the basics that may be covered by insurance or even through your work.”