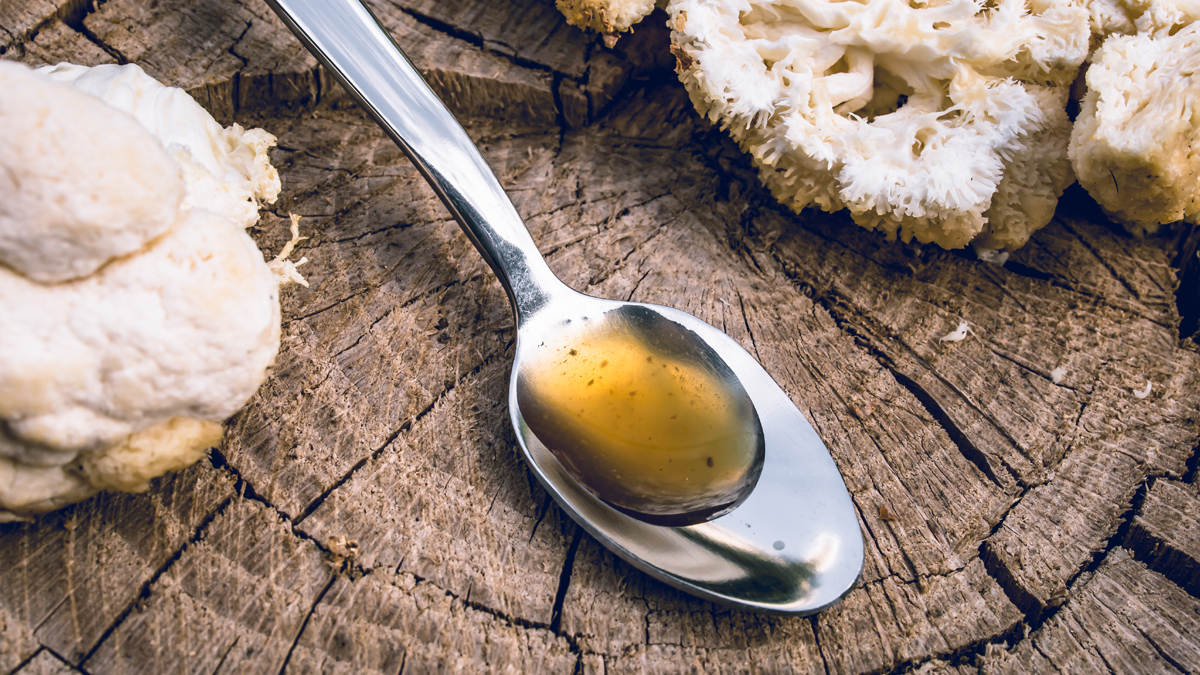 As most trends go, the mushroom was well-known and liked before its time in the Western spotlight. Recapped in the journal article, “Medicinal Mushrooms: Ancient Remedies Meet Modern Science,” mushrooms have been used as medicine for thousands of years. Around the year 450 B.C., the Greek physician Hippocrates classified a mushroom as an anti-inflammatory; fifth-century alchemist Tao Hongjing described several medicinal mushrooms; and 5,300 years ago, Ötzi the Ice Man carried a birch polypore and amadou to help him survive the Northern Italian Alps.

Today, mushrooms are marketed for cancer fighting qualities, enhanced learning and memory, reduced inflammation, wound healing – the list goes on. Consumers have been responsive to the promises of fungi. The global market for functional mushrooms – those with proclaimed health benefits beyond expected nutritional value – generated $7.98 billion in 2020 and is estimated to reach $19.33 billion by 2030. This is thought to be an extension of the Western re-orientation toward plant-based ingredients and rising health consciousness, according to Allied Market Research.

One particularly popular “guy” in the rising Western inclination to use mushrooms is lion’s mane. It is often packaged into powder and capsules for the advertised purpose of repairing nerve damage and promoting nerve health. These claims are likely in reference to a 2012 study that found an aqueous extract of lion’s mane promoted regeneration of rats’ peroneal nerves in the early stage of recovery.

It’s unlikely the results of studies on single chemical compounds are likely to translate to whole fruiting bodies or concoctions, according to a review of mushroom use in medicine by Nicholas Money.

“It is impossible, for example, to link the immunological consequences of injecting mice with cell wall polysaccharides to the expediency of drinking hot tea brewed from shiitake,” he said in his review.

Nevertheless, companies marketing herbal medicines refer to such studies or use their popularity as a basis to promote the validity of their products.

MUD\WTR, marketed as a coffee alternative, has created a blend of lion’s mane, chaga and reishi mushrooms. The company highlights benefits to consumption: supported mental performance, soothing properties and supported healthy immune function, respectively. The claim for lion’s mane is likely partially referencing a study done with older adults with mild cognitive impairment that found daily doses of three grams of lion’s mane mushrooms significantly improved mental functioning, and the benefits disappeared when supplementation stopped. The product’s claim is diluted of key variables like consistency of doses and intake but promises seem to be rooted in the results of the study.

The Food and Drug Administration exercises oversight allowing nutritional supplements to make qualified health claims that describe functional developments of the ingredients – still holding dietary guidance and nutrient information in strict regard. Manufacturers are allowed to stretch health claims, as long as they are based in truth, and do not claim, like a drug could legally, that their product will “diagnose, treat, cure or prevent any disease,” according to the FDA. Mushroom extracts “can be sold in the United States for the stated purpose of ‘comprehensive immune support,’ or just about anything else, as long as the company provides the standard disclaimer,” wrote Money.

He noted that current applications in claims exploit references to studies and sometimes neglect of potential harm; however, he recognizes at the end of his review that the exploration of medicinal mushrooms suggests mushrooms “do contain compounds with important pharmacological properties.”

While there is evidently much to be wary of in product claims, research suggests there is “mush” more than meets the eye when it comes to fungi.