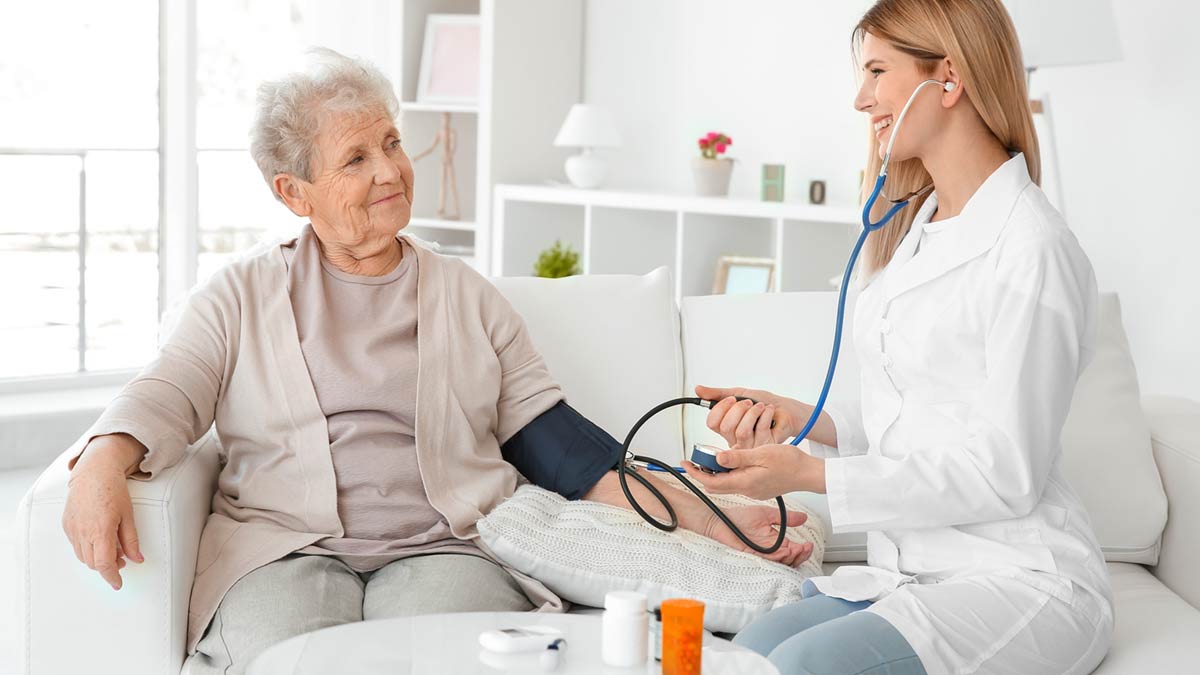 Tiffany Richter gets close to death, fear and aging on a daily basis, but she also experiences incredible strength, gratitude and peace. As director of operations at Hospice of Charleston, Richter is ushering in a new era of palliative care.

“The first time I saw her, she was terrified at the idea of dying. She wouldn’t show up to visits with me. She was so anxious,” Richter said of one woman she cannot forget. “By the time it really was the end of her life, she described a peace that she wouldn’t have gotten if our team hadn’t been there with her.”

Often patients are afraid of hospice, and families wait until the last moment to reach out. As Richter said, “Hospice is a scary word for a lot of people.” It’s time for every hospice experience to be associated with peace instead.

“I’m a new generation of hospice caregivers,” said Richter, who is one of only two full-time hospice medical directors in the region. “There’s a huge national shortage of us.”

Things are changing, though. Earlier this year, Hospice of Charleston became an affiliate of the nation’s largest home health and hospice organization, Kindred at Home. With that comes huge growth for Hospice of Charleston’s in-home care program, Richter as its new director and an initiative to transform hospice care in Charleston and beyond.

Hospice of Charleston is focusing on delivering hands-on attention to patients in their own homes. That means working closely with doctors to ensure that patients who need hospice are referred earlier. It entails quick response times – as little as one hour from inquiry to a nurse being dispatched. Most notably, Hospice of Charleston’s focus is making hands-on palliative care a top priority and hospice a reputable specialty, not a “plan B.”

“Hospice is all I’ve ever done,” said Richter.

That’s rare. Historically, hospice was run by nurses, and palliative fellowships for doctors were scarce. Many doctors switched to palliative care after a career in another specialty, sitting for the board and switching specialties without completing a residency.

“They were filling a need, but they were not necessarily trained,” Richter explained.

“Palliative care is true doctoring, in every sense of the word. It’s all about the patients and what they need. That was why I went into medicine,” said Richter, who, drawn to the personal interaction with patients, went straight into hospice work after graduate school. “You get to be part of arguably the most important part of patients’ lives.”

“You never know when they’re lying in that bed what kind of car they drove, what education they had or what shoes they were wearing,” said Richter. “You hear about their relationships. Not a day goes by that I don’t learn so much from them.”

Now Hospice of Charleston is poised to bring that personal care to patients in their Charleston homes. Six doctors, two associate medical directors and dozens of nurses deliver in-home care to hundreds of patients annually, with a large increase projected for 2018.

“We’d like to service as many patients in the community as we can,” said Richter. “One patient at a time.”

Her best advice for families and patients: Do not wait. Ask questions and reach out.

“It’s much better to start care when you’re not in a crisis,” she pointed out.