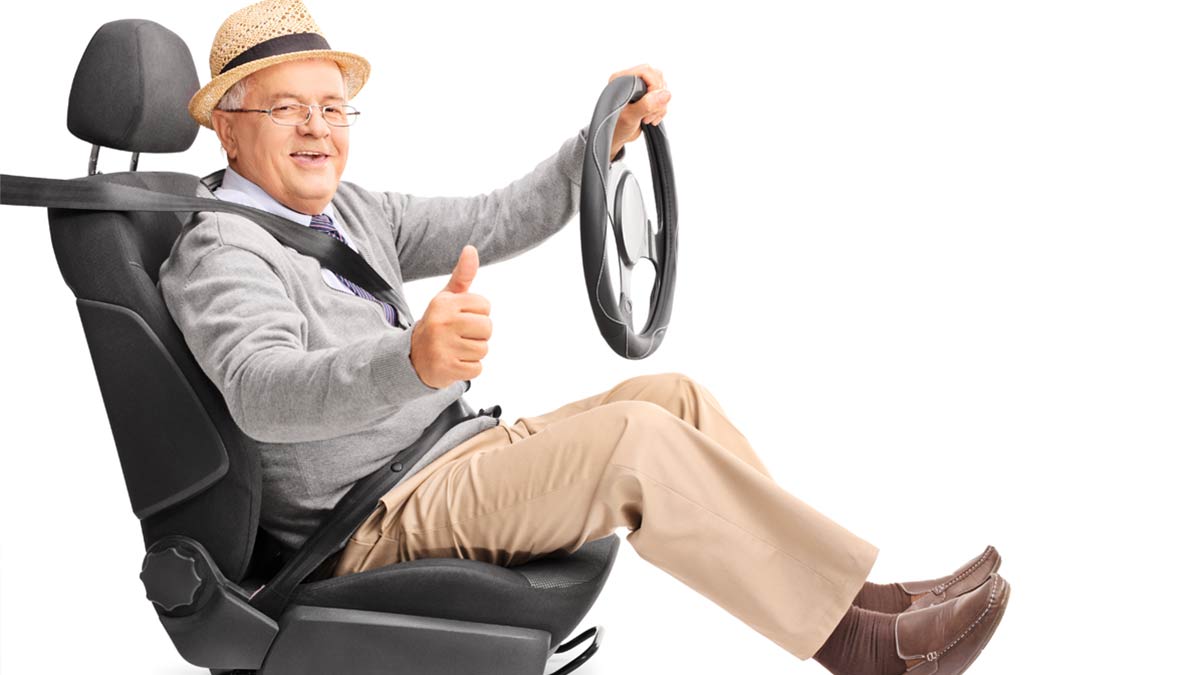 As you begin reading this article STOP!! OK, that was a trick sentence. But, seriously, how fast were you able to perceive to the command and actually stop reading?The principal element in this equation is your reaction time, or the time it took you to see the word and recognize it. Then there’s another brief lag while your brain processes that information and decides what to do about it. Should you immediately stop reading? Just keep on reading? Go back to the beginning of the sentence to see if you’ve missed something that would explain this unanticipated, abrupt order?

Even if you were able to see and understand “STOP!!” in roughly half a second – a reasonable, average reaction time – you’d likely tack on an additional half second or so figuring out what it meant and taking the appropriate action.

Brief as it might seem, this lag between stimulus and response can be critical in many instances – when dodging a thrown object or suddenly being confronted by an armed gunman, for example. But for most individuals, the most common circumstance when quick reaction time can be crucial is when they are driving an automobile.

Perhaps you or a loved one has encountered situations in which you have had a close call, barely avoiding a bad accident or, worse yet, been involved in a serious, even life-threatening crash.

If there is any question as to whether the driver’s failure to react and respond rapidly was responsible, it’s important to address that issue. After all, even at a modest 40 mph, a speed limit not uncommon throughout the Lowcountry, it takes 164 feet – more than half the length of a football field – for an automobile to come to a full stop. And that’s under ideal conditions, including instantaneous reaction time, dry pavement, good tires and perfectly functioning brakes.

When reaction time issues become evident, many people seek out a qualified neurologist. One such medical professional in our area is Trident Medical Center’s Dr. Kathleen Wiese. According to Dr. Wiese, “There is no one single factor to evaluate.”

“Biomechanical issues may play a role,” she said. “Joint pain from arthritis may slow reaction time as may certain anxiety and pain medications. So might failing eyesight and diminished hearing. That’s why each individual’s medical history is significant, as is age. Slowed reaction time is much more common among seniors than among the young.”

Dr. Wiese said, “In general, when someone comes to us with concerns about driving issues, the first thing I do in assessing them is to send them for a driving evaluation at a physical therapy facility.”

These facilities typically test with a “mock” car and a video projection that includes unanticipated obstacles. If reaction time issues are observed, patients are referred back to the neurologist or to their primary care physician.

“From a neurological perspective, one of the more subtle issues to consider would be possible hardening of the arteries in the brain,” Dr. Wiese observed. “To some extent, that is a factor of age, but it is also influenced by factors including high blood pressure, high cholesterol, diabetes and smoking and drinking history.”

To determine the extent of hardening of the arteries and the volume of the brain itself, Dr. Wiese employs neuro-imaging techniques such as MRI and CT scanning.

The next step in this process, the doctor added, would be referral to a neuropsychologist for a battery of cognitive tests to determine how the patient performs in comparison with other persons in his or her age group. If these tests indicate borderline cognitive results, brain exercises such as solving crossword and sudoku puzzles or even increased reading, instead of watching hours of television, may be recommended.

In addition, numerous websites offer “brain teasers” that offer a range of difficulty.

Dr. Wiese emphasized that there is no reversing hardening of the arteries in the brain. However, further hardening and increased problems can often be reduced “by controlling the factors that are causing it.”

“Keep blood pressure and blood sugar in check,” she said. “If you are a smoker, stop smoking; if you are a drinker, stop drinking. And if thorough testing indicates that impaired reaction time makes you a dangerous driver, stop driving.”

Dr. Wiese said that while she may make a strong recommendation that certain impaired patients turn in their drivers’ licenses, “the only time I have ever notified the DMV is when a patient is absolutely recalcitrant and determined to drive no matter what I tell them. That’s not a legal requirement, but I feel strongly that it is in the public interest.”

Are you interested in testing your own reaction time at home? Numerous websites offer easy, free tests that are actually fun, among them https://www.justpark.com/ and the Online Reaction Time Test from the University of Washington.