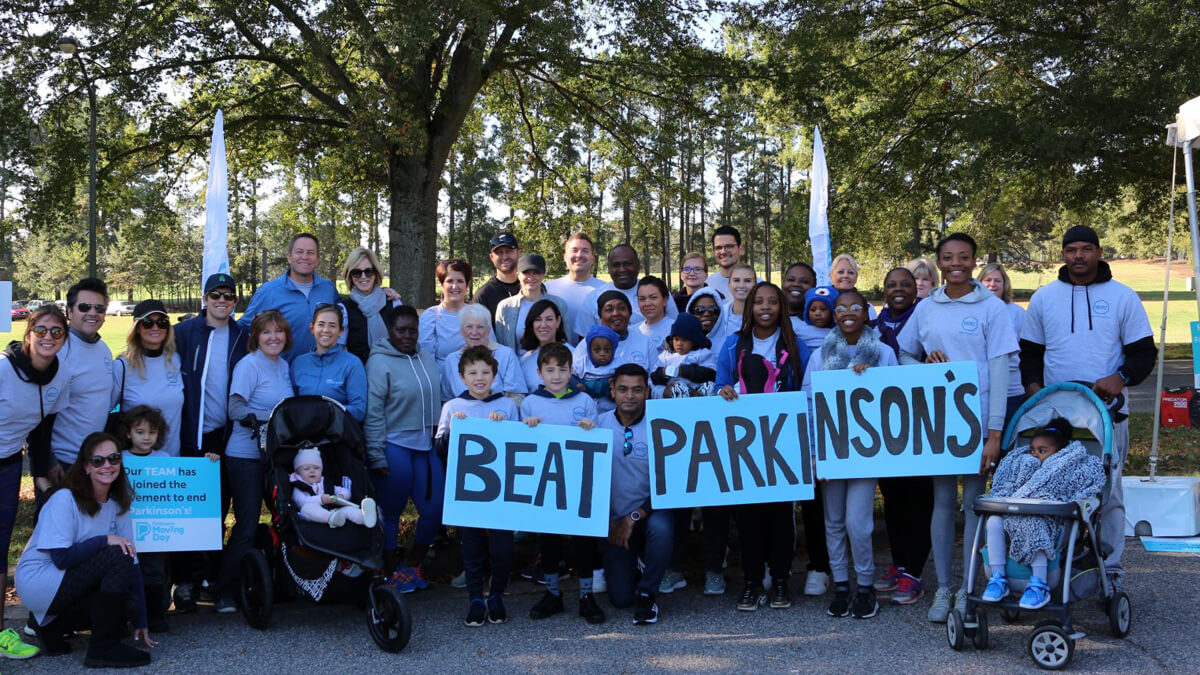 According to Harvard Medical School, Parkinson’s is a progressive neurodegenerative disease that causes nerve cells to weaken and die in the area of the brain that controls movement. When this occurs, less dopamine is produced, and the brain loses its ability to control body movement. Why these nerve cells weaken and die is still not understood. Scientists know that factors include heredity; exposure to herbicides, pesticides, metals and toxic pollutants; repeated blows to the head; and increasing age. Men are 1.5 times more likely to get this disease than women.

Parkinson’s is not discovered by blood or lab work. In fact, by the time most people are correctly diagnosed, they have already had the disease for some time. The telltale visible diagnostic signs are: shaking or tremor; rigidity; and bradykinesia – slowness in movement. Other indicators include difficulty walking, unsteady balance and poor posture. As the disease progresses, slurred or soft speech, difficulty chewing and swallowing, memory loss, trouble sleeping, anxiety, depression, muscle cramps and a host of other symptoms complicate and hamper normal activities of daily living. It is important to note that several of these signs can also be indicative of diseases other than Parkinson’s.

In some ways, Parkinson’s disease is somewhat like an unwanted houseguest who shows up unexpectedly, without explanation, and then refuses to leave, gradually taking over your home, room by room, until you barely remember what a smoothly functioning, safe haven it once was. Sadly, once Parkinson’s moves in, there is no known way to evict it. While not fatal in itself, the disease’s symptoms negatively affect overall health, causing serious and potentially fatal medical issues.

For the 12,360 South Carolinians who battle Parkinson’s, this disease carries its own hefty social, emotional and financial price tag. As movement becomes increasingly awkward and unsafe, many folks choose to remain homebound, avoiding public places that they once frequented. They become isolated and lonely. Medications may cost as much as $2,500 a year, and therapeutic surgeries can be an additional $100,000.

However, while a cure is still elusive, ongoing research has discovered several drug and therapeutic treatments that can alleviate some of the debilitating symptoms. Deep brain stimulation, focused ultrasounds, various sports and exercise regimens, occupational therapy and physical therapy are options to improve gait, flexibility and speech.

Vigorous, ongoing research holds the key to stopping Parkinson’s disease and reversing the devastation it causes, and this is where the Parkinson’s Foundation, a national organization that exists to improve care and advance research nationwide, plays such an important role.

One popular Foundation-sanctioned event in the Lowcountry is Moving Day Charleston, which will be held in-person on April 9 at the Bagwell-Settle Track at Charleston Southern University. Moving Day is an inspiring and empowering annual fundraising walk event that unites people across the country who struggle with Parkinson’s disease, their care partners and loved ones.  More than just a walk, this event is a celebration of movement – an activity proven to help manage Parkinson’s symptoms.

Before the event, participants and teams fundraise to help the Parkinson’s Foundation provide everything from lifesaving resources to quality care for more than 196,700 people currently living with Parkinson’s disease. Research funding is also supported.

“Moving Day is so much more than a walk. It’s an opportunity for the Charleston community to gather together to support all of those here who are affected by PD – caregivers, those living with PD, their families, friends and colleagues,” according to Parkinson’s Foundation Development Manager for the Carolinas Karson Terry. “It’s a chance for us to show them that they’re not alone and that they have an entire community behind them to support them in their PD journey.”

To learn more and join in this year’s local celebration of movement, register at MovingDayCharleston.org.

In the last five years, the Parkinson’s Foundation has invested more than $100,000 in South Carolina’s PD community. Benefits have included training 180 health care providers, handling 855 calls through a free helpline – 800-4PD-INFO – giving out 13,100 free Spanish and English publications, treating 3,950 people at the Medical University of South Carolina through the local Parkinson’s Foundation Center for Excellence and offering free services to 195 people through two local community grants. Additionally, patients and families can join any number of virtual support webinars and local educational symposiums on a variety of topics.