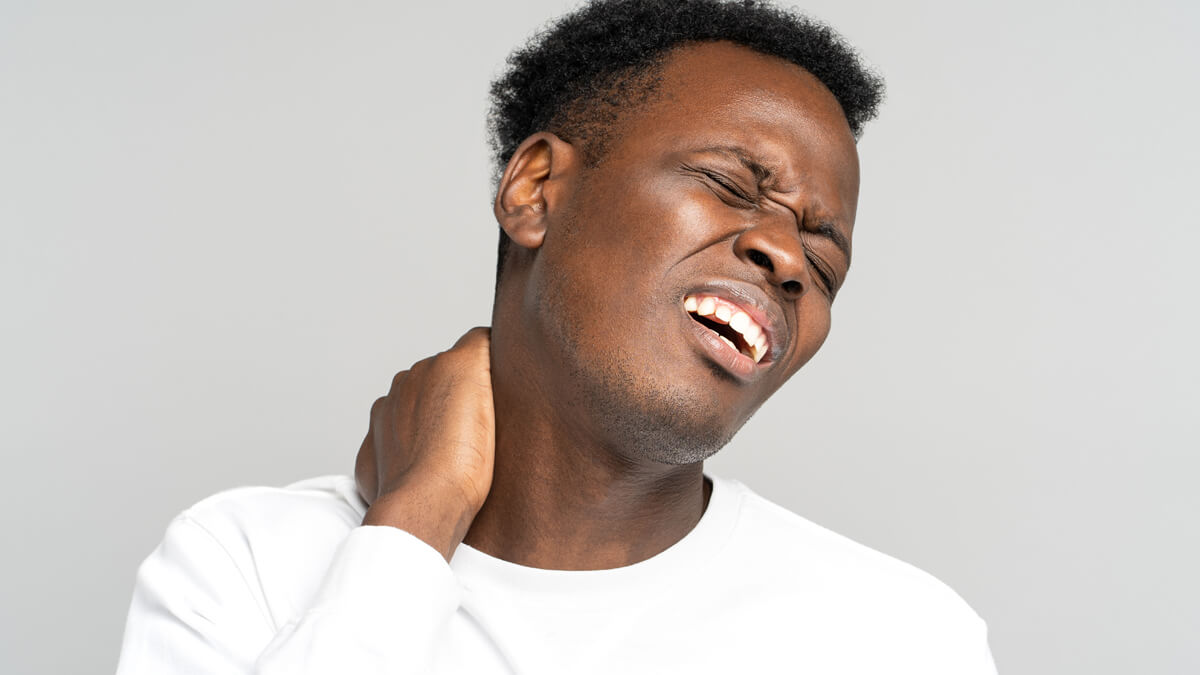 For the vast majority of people suffering from a pinched nerve, the typical advice of rest, limited movement of the affected area and alternating ice and heat packs can solve the problem in a matter of hours or days. In some cases, pinched nerves will resolve on their own within four to six weeks, and over-the-counter nonsteroidal anti-inflammatories such as ibuprofen, naproxen and acetaminophen can help relieve pain.

When these remedies don’t work, physical therapy or a steroid injection into the affected area is often the next line of treatment. However, in about 1% of pinched-nerve cases, surgery may be the only truly successful solution.

Sabino D’Agostino, D.O., is a board-certified neurosurgeon who divides his time between working on the medical staff at Trident Medical Center and his own private practice. After completing seven years of additional training at the Medical University of South Carolina, he specializes in surgical procedures that address pinched nerves, known in medical terms as radiculopathy. While most people would consider surgery a last resort, Dr. D’Agostino stresses that the level of pain is not the determiner of the seriousness of the problem, and for the tiny minority who have a severe compression of the nerve, surgery is best done sooner than later to minimize the damage and to support healing.

According to Dr. D’Agostino, “A variety of situations can cause a pinched nerve: Smoking is a big risk factor because spinal disks become malnourished from lack of healthy oxygen. Similarly, uncontrolled diabetes allows sugar to clog the blood vessels that feed the body. Obesity creates undo physical strain, and genetics can also be a cause. Accidents and injuries can be at fault, as can rheumatoid arthritis, the aging process, repetitive-motion tasks, occupations that require twisting and heavy lifting, sedentary jobs and tumors or cysts.”

With aging or disease, the disks that cushion the vertebrae of the spine can become brittle and crack, leaking bone debris or a jelly-like filler from the center of the disk into a small space known as the foramen. The result is a crowding or compressing of the existing nerve in the spinal canal – creating the pinched nerve. A herniated disk is one that slips out of its place between two vertebrae, also causing compression of the spinal nerve.

Regardless of the cause, most pinched nerves originate in the neck, the upper middle back or the lower back. The average patient is 40 to 60 years old. It is rare and usually a matter of genetics when young people develop this condition.

Dr. D’Agostino described the nerve roots that exit the spinal column as “a little less than the size of the diameter of a No. 2 pencil lead. A healthy nerve is pink and supple; an unhealthy one is pale and lifeless. When I observe the damaged nerve regain its rosy color, I know I have released the compression on it. The surgery has been successful. Full healing, however, may depend on the length of time the nerve has been compressed and the amount of damage that has been done in that time. I would rather see 100 patients and refer 99 of them for anti-inflammatory steroid injections or to a physical therapist just so that I could catch that single individual who needs immediate surgical attention to save their nerve function.”

Although many patients with this condition are referred to neurosurgeons by their family physicians, it is also acceptable to self-refer. As Dr. D’Agostino pointed out, “Who you see first will determine your options.” He encouraged those who have had pain for some time and are not responding to less-invasive treatment to see a surgeon. Tests such as X-rays, CT scans, MRIs and EMGs will help determine the necessary procedures.

The good news is that not all spinal surgeries require overnight or extended stays. Depending upon the extent of the operation, pain relief may be almost instantaneous. A typical two-week follow-up usually completes the treatment. Don’t suffer, hoping your pinched nerve will resolve itself. Seek professional help to find the best way to heal as quickly as possible. Your back will thank you.