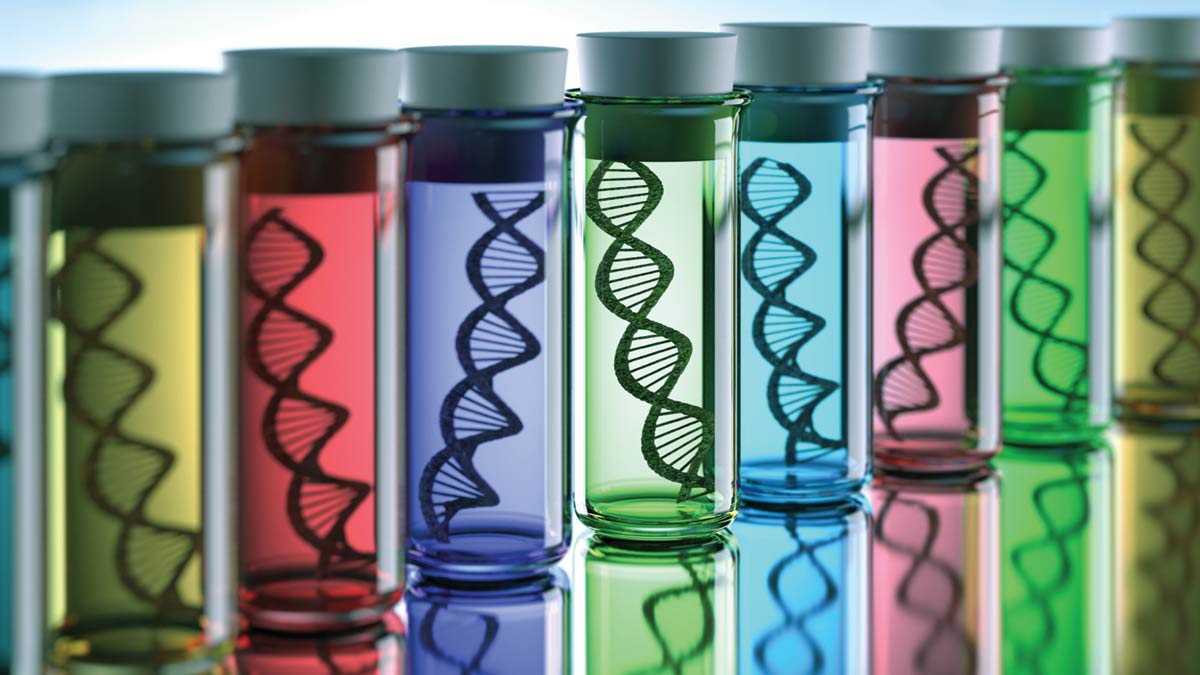 “Over the last five years, the whole landscape has changed,” said Dr. Eugene Chang, an OB/GYN at the Medical University of South Carolina who has watched the proliferation of genetic tests revolutionize how many parents handle pregnancy.

“Ten years ago, we did first or second trimester screenings. Now there are non-invasive prenatal tests and self tests. Everyone is trying to figure out where that should fall as far as offering for screenings,” said Dr. Chang. “The issue with carrier and self DNA tests is how much they will be covered by insurance. The even bigger issue is whether it will be beneficial.”

With these huge leaps in fetal genetic testing, parents can get more information from more tests throughout more of the pregnancy. But there’s no consensus yet about whether more is better. 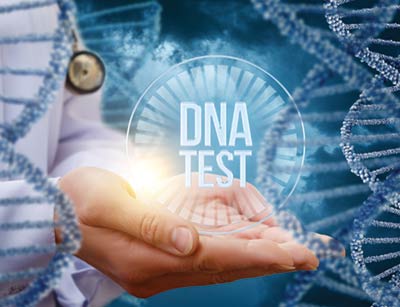 “I think five years from now it’s going to be even more. Within five to 10 years, you’ll probably be able to screen every gene,” said Dr. Sullivan, who offers the option of genetic testing to every pregnant patient and said the clinic’s full-time genetic counseling staff is kept very busy. “There are a growing number of people who want to be tested for everything.”

The list of everything modern medical technology can discover about fetal genes is vast and growing.

Down syndrome is often the first thing that pops into people’s minds when it comes to genetic testing. In addition to Down syndrome, fetal testing is often focused on markers for Turners syndrome, Edwards syndrome, cystic fibrosis and spinal muscular atrophy. The American College of Obstetricians and Gynecologists recommends that cystic fibrosis and spinal muscular atrophy screening should be available to everybody – available but not mandatory as of right now.

“Earliest we can screen is 10 weeks, testing cell free DNA,” said Dr. Sullivan. “That is the newest, most expensive and most accurate. There is a side effect that some people like and some people hate – you’ll also get the sex of the baby.”

The majority of genetic screening is done through a few standard tests: amniocentesis, chorionic villus sampling and the nuchal translucency scan. The first two, which are invasive procedures, collect different data from a growing fetus, and all of them test for indicators of chromosome abnormalities and Down syndrome. Amniocentesis, usually performed between 14 and 20 weeks, detects chromosome abnormalities, neural tube defects like spina bifida and genetic disorders from a sample of amniotic fluid. CVS, which involves removing some chorionic villi cells from the placenta, provides information about paternity in addition to chromosome abnormalities and genetic disorders, but it cannot test for the neural tube defects amniocentesis can. Nuchal translucency, a non-invasive test performed at around 12 weeks, uses ultrasound technology to measure fluid buildup, which can be an early indicator of Down syndrome, Edwards syndrome or heart problems.

This is a lot of information to handle, not to mention the noninvasive carrier screenings and self tests like the mail-order 23andMe. 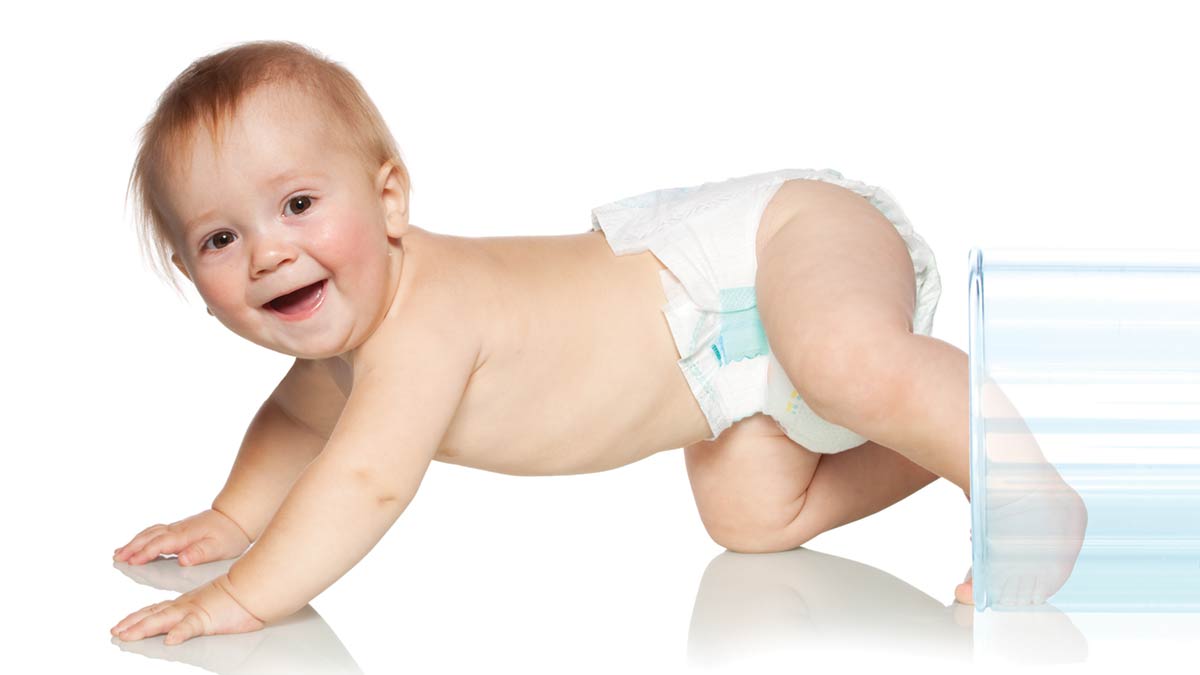 “Recently there has been an explosion of things you can test for,” said Dr. Sullivan. “It’s good and it’s bad that there are a lot of options available now. We now can do testing earlier and more accurately. Unfortunately, we have to consider price.”

With health care debates in the national spotlight, it’s hardly a surprise that money is a huge factor in genetic testing.

Prenatal screenings used to be largely reserved for pregnancies with risk factors or older mothers. Now that they are widely available, cost is a factor for many people deciding if and how to test. Decades ago, the federal government established 35 years old as the cutoff for “advanced maternal age,” and, while risk does increase with age, genetic testing is now available regardless of age.

“We talk to truly every pregnant person about testing now,” said Dr. Chang. “We go through all the options with them.”

“The real issue is payment,” Dr. Chang admitted. “The technology is very similar between all the different tests. At the end of the day, we typically find the cheapest test for the individual patient.”

With the right insurance and if you’ve met your deductible, genetic testing could cost nothing. On the other end of the spectrum, is it worth it if the test costs thousands of dollars out of pocket?

“There are plenty of people who wouldn’t change how they feel if the fetus has Down syndrome. So if it doesn’t affect that, why spend all the money to do it?” Dr. Chang asked.

This complex decision is exactly why the full-time genetic counseling staff at MUSC is always busy.

“Ask yourself, ‘does knowing the info make you more stressed; or does not knowing and wondering make you more stressed?’” advised Dr. Sullivan. “People with the exact same risk profile will answer that differently. I also ask them – and this is a personal question – ‘what will you do about it?’ Some will read up on it; some will terminate; some cannot answer. If they can’t answer, I ask why they’re doing it.”

Dr. Sullivan likens the decision process to making a substantial life purchase, like buying a car or home. Be informed about the reality of testing and all the consequences, he counseled.

“You can usually add on testing, but, of course, you can’t go back and undo testing,” said Dr. Sullivan.

As Dr. Chang put it, “A lot of this is a Pandora’s box and people get answers they don’t want to know about.”

One of the worst misconceptions is that tests convey the absolute truth.

“People think if this test is normal, it means the baby will be normal,” said Dr. Sullivan, explaining that this is not always the case. And on the other hand, “False positive tests can create a lot of anxiety when everything is fine.”

This is where the questions arise about how useful the increasingly- popular self tests really are.

“Amniocentesis and the second and first-trimester screens were all sort of driven by clinical science. We had science to say ‘this is what you should do,’” explained Dr. Chang, talking about the different ways genetic testing is expanding. “A lot of the self-read DNA has been driven by industry. I don’t know that I’ve seen a big study that says this is the way forward, that this is what you should do. But I have seen a lot of commercials.”

Almost always, it comes back to money: “I don’t know that there’s any science that says that this (carrier and self-testing) is what you should do. I don’t know from the cost perspective if it’s worth it,” said Dr. Chang of widespread carrier testing.

“More is not always better,” Dr. Sullivan agreed. “Some things we have more questions than answers for.”

Even the American College of Obstetricians and Gynecologists lacks a 100 percent definitive stance on genetic testing. As far as the practical application of all this technology goes, testing is still a case-by-case issue. For some parents, especially those with high risk factors, genetic testing is an easy choice. For others, it’s a financial impossibility. And others find it to be a moral gray area.

“In the end, you just really have to sit down with your doctor and put it all on the table,” said Dr. Chang. 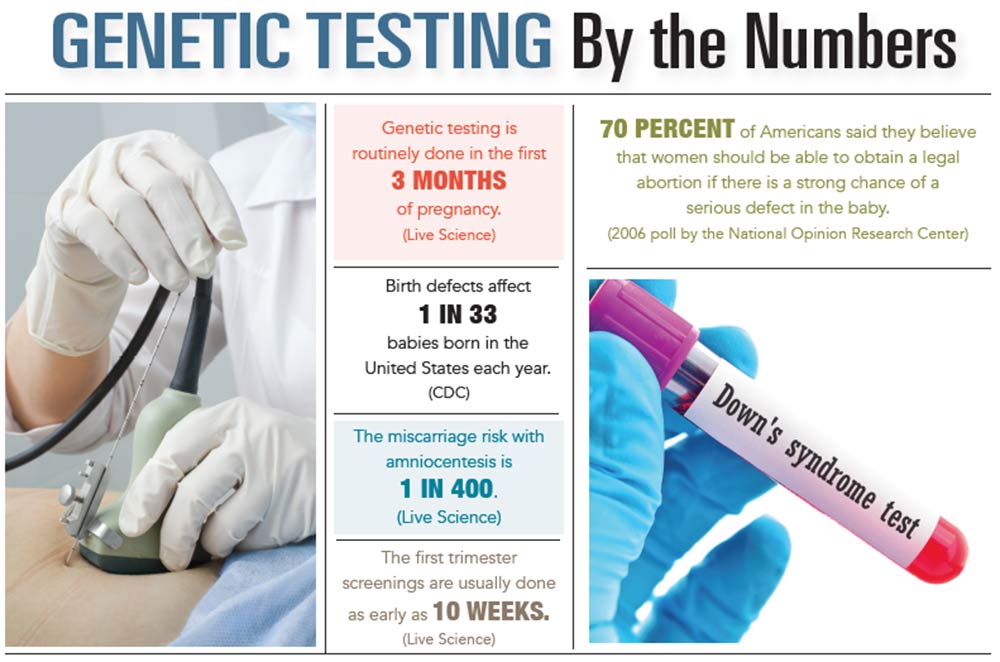