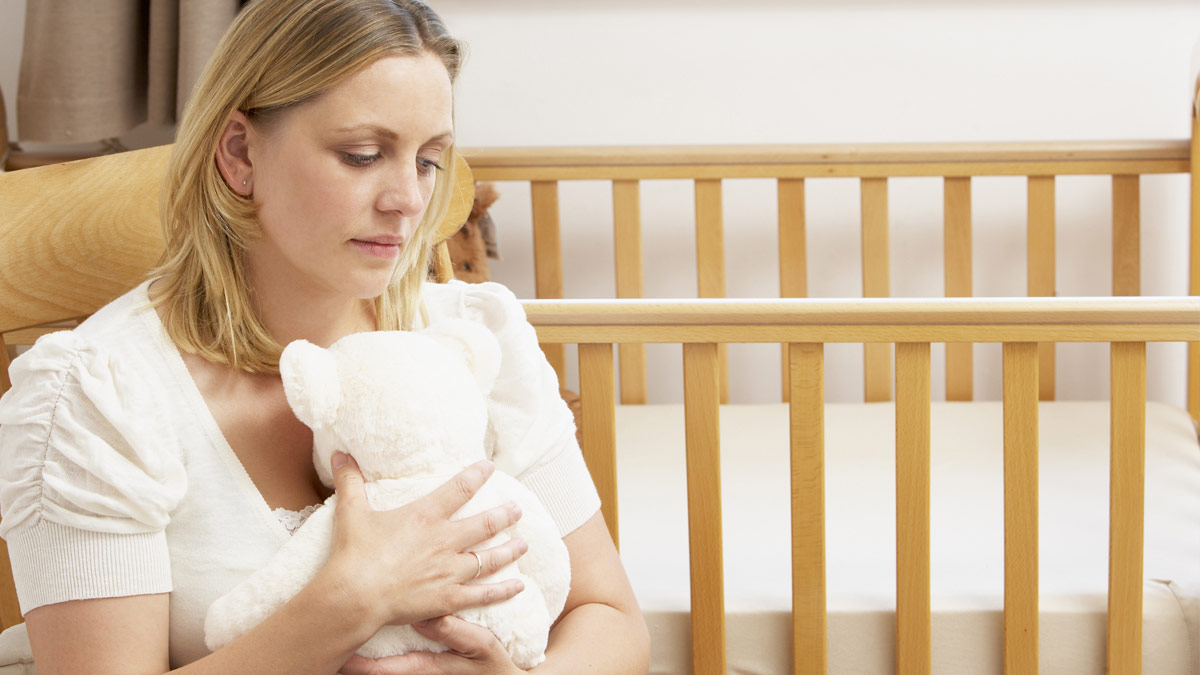 No miscarriage is easy, but the doctor can make the difference between acceptance and devastation.

For Jen Kulick, owner of the Tattooed Moose, her first miscarriage, when she was about 10 weeks pregnant, was the worst.

“She literally made me sit in the waiting room with all the pregnant moms for more than an hour,” Kulick recalled. “Then, after like an hour-and-a-half, when I complained, she put me in a room and then left me sitting there for another hour while the whole staff was talking about happy hour right outside the door. I was losing it.”

The second time Kulick miscarried, at about nine weeks, she had a new doctor, who made sure she knew how frequent miscarriages are and that it wasn’t her fault.

“She was really good at just being very direct and matter-of-fact and kept us moving in the direction of what the next step was,” said Kulick, who has since had children.

“A doctor can make or break how you walk away from this experience,” she said.

The movies always depict a miscarriage as a dramatic physical event, but obstetrician-gynecologist Dr. Megan Nguyen of Greenwood OB/GYN said the movies mostly get it wrong.

“It’s not always that dramatic,” Dr. Nguyen said. “It depends on how far along the patient is. Some of the physical symptoms can be confused with normal pregnancy symptoms. Some get spotting and some get more severe period cramps, although some cramping is normal in earlier pregnancy and there can be some more obvious bleeding that isn’t always a miscarriage.”

Miscarriages aren’t that uncommon. In fact, they occur in 10% of pregnancies, according to the American College of Obstetricians and Gynecologists, while Medline Plus puts that number at 10% to 25%. Both say miscarriages probably are more common because many of them happen before the woman even knows she’s pregnant.

Miscarriage is defined as a pregnancy that terminates before 20 weeks, and most pregnancies that end do so before 13 weeks, Dr. Nguyen said. After 20 weeks, it’s called a fetal demise.

The medical community has protocols for the physical effects of a miscarriage. In early miscarriages, patients have the option of letting it run its course, using medication to hasten the course or having a dilation and curettage (D & C). The natural course can take weeks, and the medication can cause cramping or nausea. The surgery can be more expensive, but it does end the miscarriage sooner, and, for some women with heavy bleeding, may be the best alternative.

For the emotional effects, the protocols are hazier.

“It is emotionally a difficult topic to talk about,” said Dr. Constance Guille, an associate professor in the Department of Psychiatry and Behavioral Sciences at the Medical University of South Carolina. “It’s a significant loss. People feel a whole range of emotions. It can be really intense.”

Kulick said her experience was devastating.

Katherine Frankstone, owner of Grey Ghost Bakery, had her miscarriage very early, but the whole experience made her feel like she had lost control.

“It was really hard because I thought I was in control of my body,” she said. “I was pregnant and I was supposed to stay pregnant and that was the hardest thing for me – to realize that I’m not in control of anything in this life. That’s not how I was raised.”

Dr. Guille said a miscarriage can be particularly difficult for women used to being in control.

“It’s really frightening and frustrating,” she said. “People are accustomed to control and they feel, ‘No, my body is supposed to do this thing.’”

She added that there can be a certain amount of guilt associated with the body not carrying the pregnancy to term.

“I think our society is very judgmental of women, particularly moms and pregnant women. People don’t like to think this is something we don’t have control over,” Dr. Guille said.

Guilt can be just one emotion – there are no good rituals for a family that has lost a potential child, although that may be changing. At MUSC, Dr. Guille’s program is embedded in the OB-GYN clinic so that psychiatric care is part of normal care.

“Some people may want to create a funeral or a ritual around that, maybe having a ceremony or pictures acknowledging the loss just as we would mourn someone’s death,” Dr. Guille said. “Hospitals are much more supportive of that now. But women are (still) having to deliver in hospitals or come back to an OB-GYN clinic where other women are pregnant. I think we need to be more sensitive and help them prepare for that. You can’t spend the rest of your life avoiding pregnant women, but how can we give a heads up that this will be a trigger and prepare for it?”

Dr. Nguyen said that in her Greenwood hospital, women are given D & Cs on a different floor from the delivering moms. Women who lose a baby in the second trimester are offered pastoral care and photos and footprints of the deceased infant, if possible. But first trimester miscarriages aren’t offered the same, although Dr. Nguyen said they do counsel the woman that she didn’t do anything wrong.

“There’s not a good ritual” for those patients, she said.

“We were right at that age where everybody was getting pregnant,” Kulick remembered. “I was going to baby showers. It was just brutal. I could only take so much, but these were close friends, and I couldn’t not celebrate them. It’s almost taboo to talk about because you don’t want to make other people feel uncomfortable because what are they supposed to say? There are no words and you don’t know if it will ever work out.”

“One of the things that’s really important is to just create the time and space and energy to mourn this loss,” Dr. Guille said. “People go right back to work the next week; they throw themselves back into a busy schedule. What you want to do is kind of process and get through this, giving yourself the ability to stay in bed all day if that’s what you need to do. Give in to the healing.”

Dr. Nguyen said that women who have had a miscarriage should know, “First and foremost, you didn’t do anything wrong.”