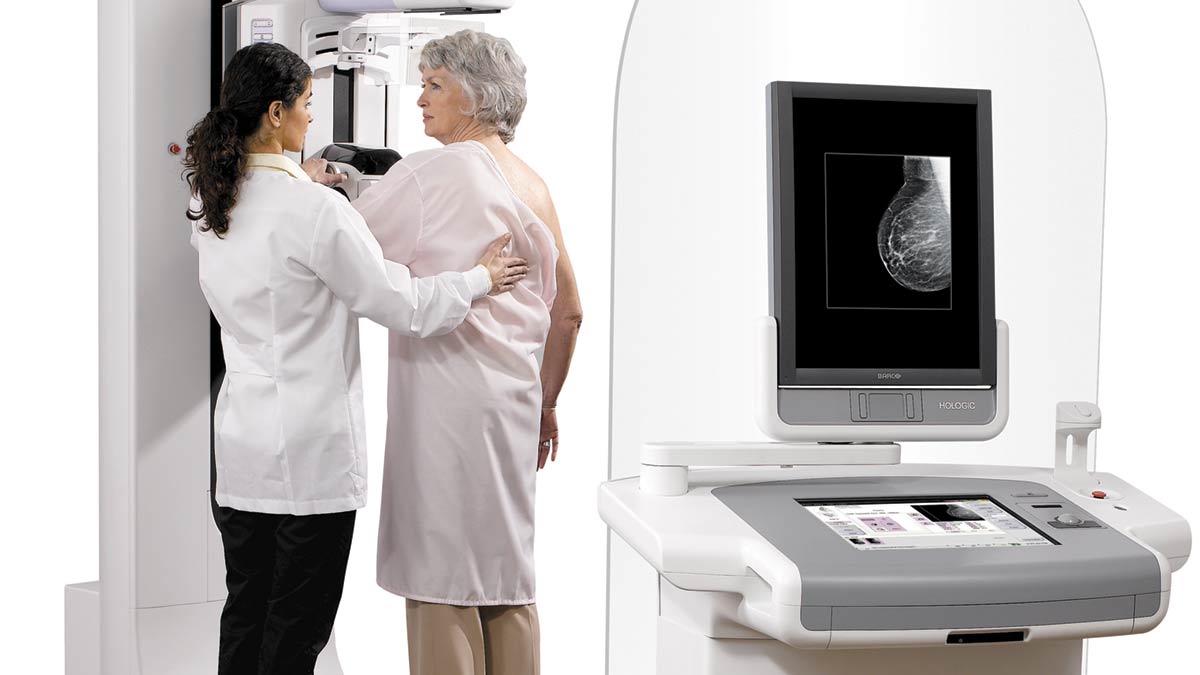 Everyone knows someone affected by breast cancer. Whether it be an immediate family member, friend or colleague, statistics show that one in eight women will be diagnosed with the pervasive disease in their lifetime. The good news is that tremendous progress has been made toward earlier and more thorough detection. 3-D mammography (also known as breast tomosynthesis) is an exciting new technology that has greatly improved upon existing methods of screening.

Large studies have shown that screening mammography can decrease a woman’s risk of dying from breast cancer by as much as 30 percent.

For women of a certain age, breast cancer screening should be an annual experience. Dr. John McGue of Trident Breast Care Center affirmed that the sooner breast cancer is detected, the greater the chance of curing it.

“Large studies have shown that screening mammography can decrease a woman’s risk of dying from breast cancer by as much as 30 percent,” he said.

3-D mammography takes screening to the next level. Where traditional mammograms provide two views of each breast, 3-D mammograms produce about 40 cross-sectional images. This thorough reading detects more cancers than the traditional method and reduces unnecessary call backs. The only difference that the patient sees in the process of acquiring the images is that the X-ray tube moves in an arc. This 3-D testing is now covered by most insurance companies, Medicare and Medicaid.

The first 3-D mammography system was approved for use in the United States by the Food and Drug Administration in 2011. Two other large medical equipment manufacturers received FDA approval in 2014 and 2015. Over the years, as the technology has been used more frequently, the added benefits of this new method have become clear.

“2-D mammography is still an excellent method of screening for breast cancer, but it is slowly being replaced by 3-D mammography in most centers,” said Dr. McGue.

The Trident Breast Care Center adopted the 3-D practice in January 2017. Dr. McGue noted that the emergence of this technology is comparable to the gradual replacement of film-screen mammography by digital about 10 years ago. He predicted that within the next decade, 3-D screening will be the standard.

All women undergoing screening for breast cancer will benefit from the new 3-D technique. It is particularly advantageous for women with dense breast tissue because cancers can be difficult to detect in dense breasts with traditional 2-D imaging. The proper age to start screening is dependent upon a woman’s lifetime risk of developing breast cancer. The average lifetime risk is roughly 12 percent, while risk factors that increase the likelihood of cancer are family history, prior biopsy results and genetic testing results.

At Trident Breast Care Center, each patient’s risk is assessed using a computer algorithm based on individual risk factors.

“We consider a woman’s risk to be average if it is less than 20 percent,” Dr. McGue pointed out.

For women with average risk of cancer, the American College of Radiology recommends yearly screening starting at age 40. Women with high risk should start screening earlier, usually between the age of 25 to 30 or 10 years before the age when the woman’s closest relative was diagnosed with breast cancer.

Though it can be intimidating, Dr. McGue said there are only two items a woman should do to prepare for a mammogram. If she is going to a new facility, she should have her old mammograms transferred at least a week in advance. Having the older images for reference can prevent an unnecessary call back and improve the detection of cancer. The second step in preparing for a mammogram is simply to avoid the use of talcum powder, deodorant, lotion or perfume under the arms or on the breasts prior to the mammogram. These substances can mimic microcalcifications and cause a false positive reading. Microcalcifications – small calcium deposits that look like white specks – are one of the things doctors look for on a mammogram.

“A false positive result occurs when a benign finding is marked as suspicious for cancer. It is an inherent problem with any screening test. The perfect screening would identify all cancers in a population without flagging any benign lesions,” he said. “In screening mammography, we correctly identify cancer in roughly five women per 1,000 per year.”

False positives are a downside to any cancer screening program. Physicians such as Dr. McGue are constantly researching and testing ways to decrease the false positive rates while maintaining the sensitivity of mammography.

“This is why I am excited about 3-D mammography. Scientific studies show that it does just what we want it to do – reduce false positive results and find more cancers,” he said. 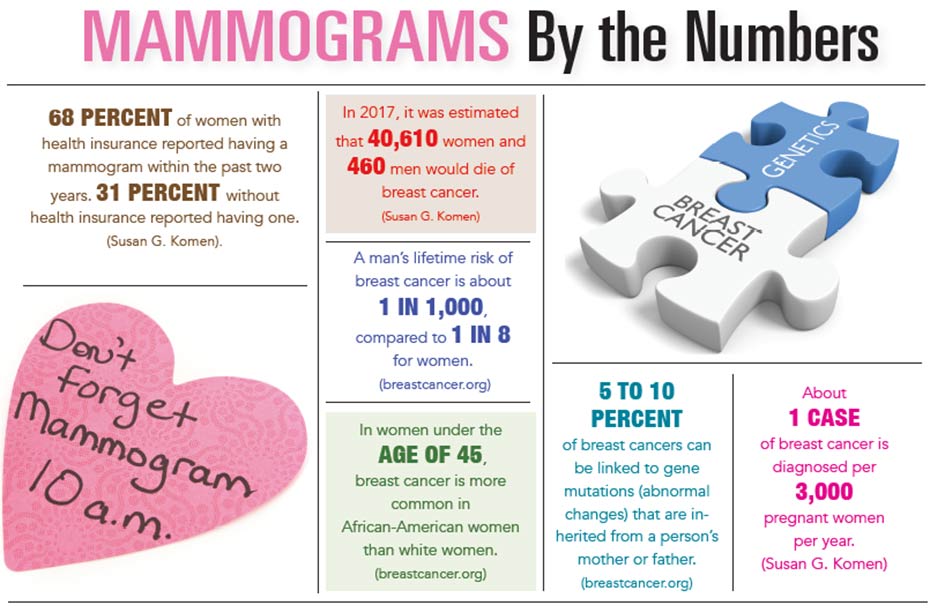