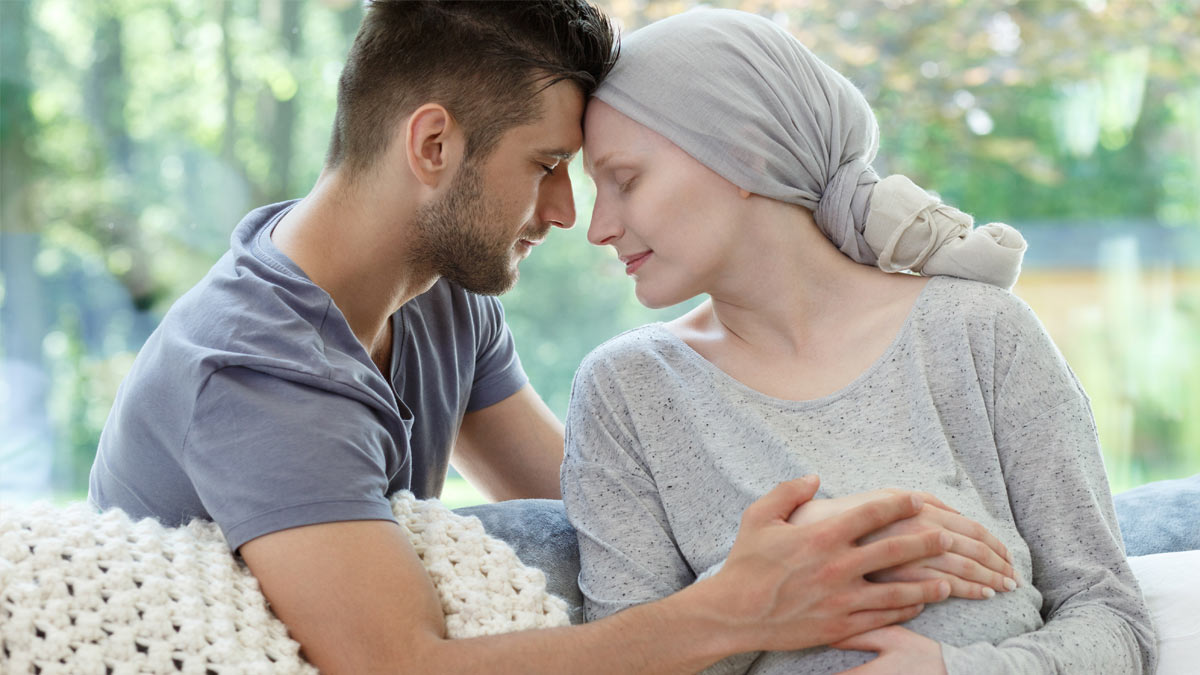 Pregnancy is a time when a woman takes extraordinary precautions to protect her body and that of her developing child. She willingly forgoes sushi, deli sandwiches, charcuterie and wine. She walks, takes up yoga or swims to stay strong. She sleeps. Her body is a temple. And while regular visits to the OB/GYN are part of the exciting journey of pregnancy, they can also be haunted by a specter of fear regarding the countless ways something could go wrong. While pregnancy nerves are common, most women never imagine that a prenatal visit could reveal a diagnosis of their own disease. Though it occurs rarely, an expecting mother may learn that she has cancer and face the daunting decision to undergo treatment while carrying her baby to term.

According to Dr. Courtney Bailey, a gynecologic oncologist at Carolina Center for Gynecological Oncology, it is “extremely uncommon for a woman to get a cancer diagnosis during pregnancy.” However, for some women, pregnancy is the only time they regularly see a doctor. A Pap smear during early pregnancy might be the first time their OB-GYN detects cervical cancer, or a routine breast exam may reveal a suspicious lump. Prenatal ultrasounds, while focusing on fetal development, can also detect ovarian cancer.

If an expecting mother does have cancer, there are treatments that do not require her to terminate the pregnancy. While radiation therapy is not possible during pregnancy, chemotherapy is a viable option after the first trimester. According to Dr. Bailey, during the first four weeks of pregnancy, the embryo hasn’t differentiated at all; therefore, the administration of chemotherapy during this phase has an “all or none effect,” meaning the drug would either terminate the pregnancy or have no effect on the embryo whatsoever. During weeks five through 10, the fetus is undergoing organogenesis. During this phase, the risk of malformation caused by drug administration is at its highest; therefore, oncologists would not administer chemotherapy to the mother. While malformation is still possible after the first trimester, Dr. Bailey reported that the risk drops from 16% to approximately 5% because most of the organs have formed.

While risk of malformation decreases during the second and third trimesters, a fetus will experience the side effects of chemotherapy.

“Because many chemotherapy drugs have a small molecular weight, they will cross the placenta. If they cross the placenta in a large enough degree, the fetus can have similar side effects to the mother,” Dr. Bailey said.

While the fetus will get a portion of the drug, Dr. Bailey pointed out that the amount is less than what the mother sustains.

Because chemotherapy is designed to aggressively attack rapidly dividing cancer cells, any cells with high turnover, such as hair and bone marrow, are also affected by the drug. Infants who receive chemotherapy drugs in utero may have changes in their blood counts, and their liver or renal function might be affected. They also are at risk for growth restriction. Together with her medical team, the mother must weigh these risks to the baby against the risk of delaying cancer treatment to try to obtain the best outcome for both patients.

To monitor the baby’s development, a pregnant mother undergoing chemotherapy receives regular growth scans and ultrasounds. Her OB-GYN will also regularly check the mother’s cervical length because there is a small risk for pre-term labor. If an infant is showing signs of growth restriction or pre-term birth, the medical team may decide to administer steroids to mature the infant’s lungs prior to birth. As an additional precaution, Dr. Bailey explained that oncologists will not administer chemotherapy during the three weeks before delivery to allow the baby’s blood counts to recover prior to birth. Regardless of the extra care taken to monitor fetal development, most infants will need to be closely observed after birth and may spend time in neonatal intensive care.

While undergoing chemotherapy during pregnancy is not ideal for a mother or baby, proper care from their medical team means a woman can battle cancer and carry her child to term. To give herself and her baby the best possible outcome, Dr. Bailey recommended practicing good nutrition, getting sufficient rest and exercising. She pointed out that “exercise has been shown in multiple studies to help with chemo-induced fatigue.”

It is also important to establish a strong support system with her medical team and within her community. While the overwhelming majority of women will never go through this process, options and support are readily available for those who do.