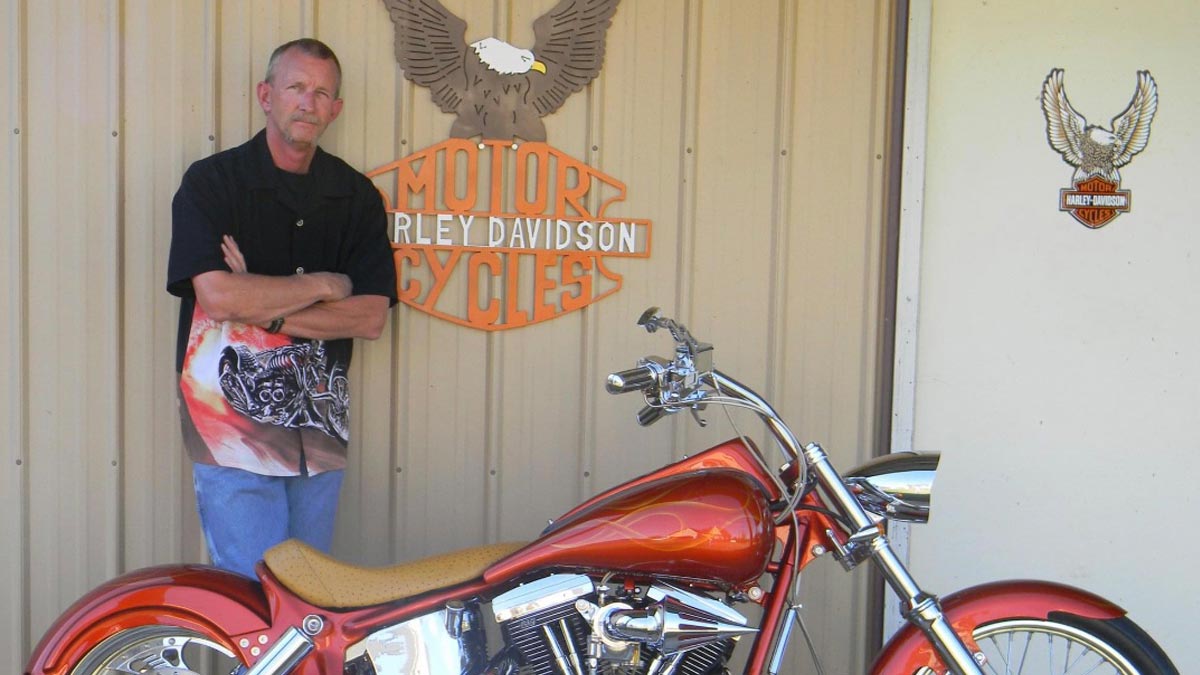 Victor Holland is a retired engineering project manager from Prosperity, South Carolina. He is also a determined optimist. Even when he has had to repeatedly do battle with that dreaded “C” word – cancer – not once, not twice, but three times, he remained positive and enthusiastic about living his best life each and every day. With his loyal wife, Sherrie, staying close beside him and two precious grandsons providing the motivation to keep going, Holland has pushed through more than his share of the dark, painfully sick days and surgeries that typically accompany cancer treatments.

The first battle began in 2006, when Holland discovered a small, painless knot in his neck while shaving. Wisely, he went straight to his doctor to have it checked and discovered that he had a rare, slow-growing form of thyroid cancer known as a mucosa-associated lymphoid tissue lymphoma. These malignancies present as unassuming nodules and are usually asymptomatic. They are often found in patients with some type of common and chronic inflammatory condition. Early detection is a critical factor for successful treatment.

For Holland, removal of his thyroid gland was considered sufficient, and no radiation or chemotherapy was required. He will take synthetic thyroid medicine for the remainder of his life, which he considers a small price to pay.

The second battle, first engaged in January 2018, was more of an all-out war that started with severe headaches but quickly spread through other parts of his nervous system. Holland was referred to the Hollings Cancer Center at MUSC in Charleston and became the patient of Scott Lindhorst, M.D., who is part of the neuro-oncology division of the Department of Neurosurgery there.

Two spinal cord biopsies in his lower back revealed primary central nervous system lymphoma in the sheath surrounding his spinal cord. This rare non-Hodgkin lymphoma occurs when malignant cancer cells from the lymph tissue attack the immune cells in the brain or spinal cord. The devastating onslaught weakens the body’s ability to fight pathogens. Untreated, the patient’s life expectancy shrinks to less than a month-and-a-half.

Holland was in extreme pain by now. He fell into a coma and flatlined three times. Eventually, his life support was unhooked, and his family was told to prepare for the worst. As his wife lay beside him saying her goodbyes and the family gathered around, he suddenly awakened, sat up and asked, “What are you all doing here?”

The battle raged on, with Dr. Lindhorst ordering nine rounds of radical chemotherapy. Every other Friday, Holland needed two days of recovery following his two days of chemo injections – two different kinds of chemo every 12 hours. He also took immune therapy treatments. Predictably, when the chemo killed his bad cancer cells, it also destroyed his store of good bacteria.

The side effects were horrific. In addition to the constant vomiting, Holland developed thrush in his mouth; random severe bone pains throughout his body; atrophy in his muscles that took away his ability to walk; a 10-inch open wound along his spine that refused to heal until after chemotherapy; allergic reactions; fevers; neuropathy in his hands, feet, and legs; burns to his feet; and nerve damage to the right side of his face and right eye. Yet he remained optimistic, and his headaches and pain finally began to subside.

According to Dr. Lindhorst, “Mr. Holland had a consistently positive attitude during his many visits to the clinic at Hollings Cancer Center and during his numerous admissions to MUSC hospital. A positive attitude can play a pivotal role in fighting any serious illness. It may reduce stress during treatment, which secondarily may reduce inflammation and aid the body in fighting cancer.”

During the 16 weeks of his treatment, the Hollands rented an apartment in Charleston so Sherrie could get some much-needed rest. In addition to caring for and encouraging her husband, she endured strep throat, a kidney infection and the loss of her mother from cancer during this time. She credits the grace of God; their daughters, Morgan and Jessica, and their families; Hope House in Mount Pleasant; community support from Prosperity; neighbors that transported her mother to chemotherapy; hospice staff; and especially her own mother, who released her by saying, “You need to be with your husband more than me.”

It was a rough four months, but the day came when Victor Holland rang the bell on the seventh floor to announce that his cancer treatments were over, and he was going home. Three years later, he still returns periodically for checkups and to visit, always giving credit for his remarkable recovery to Dr. Lindhorst and the staff on the seventh floor of the Ashley River Tower at the Hollings Cancer Center. Interns there visited him daily to help treat his side effects, and the nursing staff were “fantastic,” often holding his hand when the pain was too great.

Dr. Lindhorst is not surprised at Holland’s assessment: “I am privileged to work here alongside some of the most compassionate and highly-skilled medical providers I’ve encountered in my career. They approach each patient’s unique needs with a very specialized skill set and treat each as an individual.”

Holland has had one more cancer battle to fight since 2018. In the middle of the COVID-19 pandemic, he was diagnosed with lung cancer and underwent surgery to remove a large portion of the upper lobe of his left lung. Once again, he returned to Hollings Cancer Center, but this time he was treated by its pulmonary team. He faced this surgery alone because the hospital was shut down, and his wife was not allowed to join him. Other than some nerve damage and chronic rib cage soreness, he has put this battle behind him.

However, there has been one other unexpected challenge to Holland’s recovery. Post-traumatic stress is not an unusual lingering side effect for survivors of repeated cancer treatments. Left unattended, it can become full-blown post-traumatic stress disorder and is similar in many ways but generally shorter-lived and less severe.

PTS can occur any time in the cancer journey, from initial diagnosis to much later, after all treatments have been completed, and certain smells, sounds, sights and experiences can be triggers. For Holland: “Any little headache or pain made me fear the cancer had returned. I lost 20 pounds. I became depressed and anxious and couldn’t sleep. Then I started sleeping too much and wanted to be alone. My cousin Mandy gave me a doctor’s article to read that explained what I was experiencing. A visit to a psychiatrist and some medication made a real difference. I’m good now. I don’t dwell on the past; I live for the future.”

Today, Victor Holland celebrates his survival and savors all that life offers, but, even beyond that, he looks for ways to bless others around him who may have their own challenges and struggles. Thanks to his friendship with a very special neighbor, he has become adept at showing appreciation for a life regained. He continues to write in his journal, ride his Harleys and restore antique vehicles. He and Sherrie travel, and he relishes being “Papa” to those two little grandsons. As Sherrie concluded, “God is not through with Victor. There is a reason he was saved. We just don’t know what it is yet.”