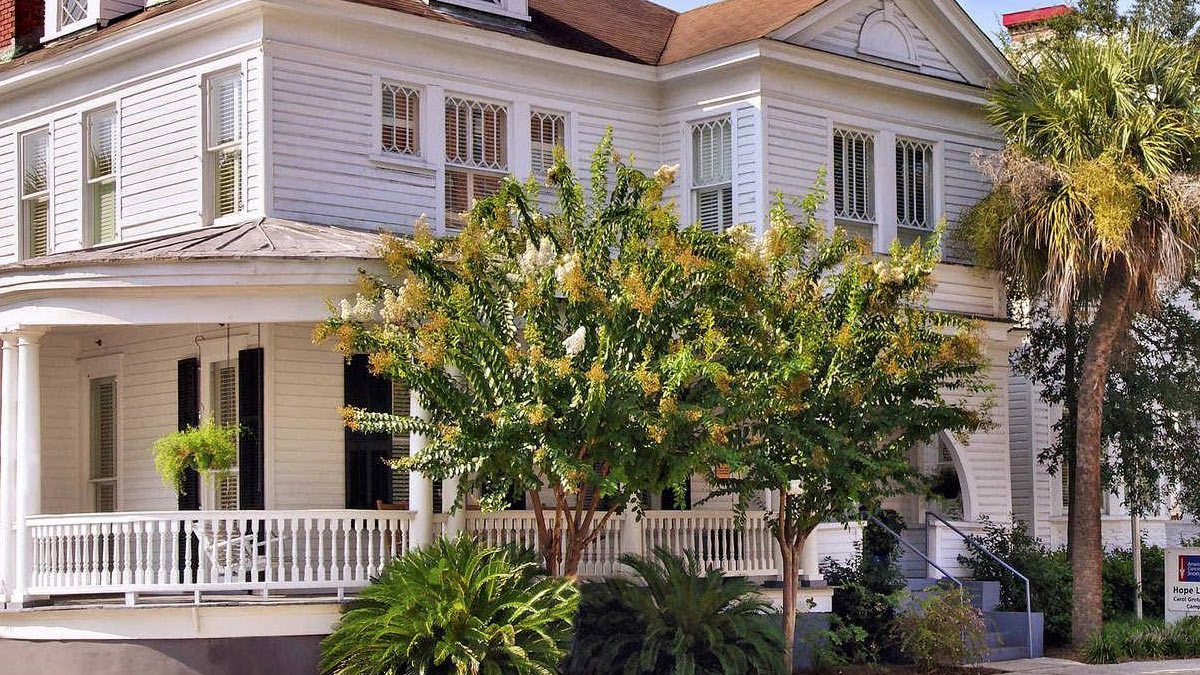 It’s hard to imagine that much good can stem from devastating events, but, when the Hope Lodge celebrated 50 years of serving cancer patients this past August, it was evident that greater things can emerge from the darkness. Today, cancer patients who live far from the hospital can call the upscale series of houses a ‘home away from home’ during treatments. Charleston’s Hope Lodge was the first of its kind in the United States, and the American Cancer Society has expanded the program to more than 30 locations nationwide.

The Hope Lodge’s founder, Margot Freudenberg, came to the United States in 1940 as a refugee. The German Jewish mother had hidden with her family in Berlin during Kristallnacht in 1938 until they finally escaped to England the following summer. Her family remained stateless for 11 months.

“England didn’t want them, so when they got to the United States, she was so grateful to be taken in that she devoted her life to giving back to the country – to try to make things better instead of asking people to do things for her,” explained her grandson, Larry Freudenberg.

Margot Freudenberg quickly made a life for herself in Charleston, working as the area’s only licensed physical therapist at the time, and volunteering with many notable organizations. She cared for her son’s father-in-law while he was suffering with pancreatic cancer and was deeply affected by the experience.

It was this potent combination of medical experience, community involvement and cancer connection that ignited one of her greatest legacies. On a trip to Australia and New Zealand with President Eisenhower’s People to People Ambassador Program, she was inspired by a facility for cancer patients and was determined to bring a similar model back home to the States. At the time, there were none.

“She wasn’t wealthy, but she was extremely active in the community and had the contacts to make it happen,” her grandson continued.

Thanks to her diligent efforts, the Hope Lodge was born in 1970 in an old house at the corner of Ashley Avenue and Calhoun Street.

The Hope Lodge has greatly affected cancer patients and their loved ones in the past 50 years, so much so that the American Cancer Society, charitable groups and families touched by the program have worked to expand it. Today, the Hope Lodge is a magnet of positivity and, well, hope. It has blossomed to encompass four connected houses. There are private guest rooms and bathrooms for cancer patients and their caregivers, as well as state-of-the-art kitchens, gathering areas, a library, reflection areas and laundry rooms.

Aside from satisfying the logistical concerns of those who live far from their treatment facility and alleviating what would otherwise be a mountain of hotel bills, the Hope Lodge is a built-in support system for patients fighting daily battles.

“It is a gift to the community,” smiled Sharon Hox, a cancer survivor who has volunteered at Hope Lodge for 12 years.

As a member of the Mad Hatters, known for knitting hats for premature babies and chemotherapy patients, Hox and her fellow hatters ‘knit-bombed’ the Hope Lodge’s trees and columns for its half-century anniversary.

“It was a kaleidoscope of color to help people smile and rejoice, because that’s what the Hope Lodge is all about: celebrating life,” she said.

The American Cancer Society relies on support from volunteers and local organizations to continue its mission to provide free lodging for cancer patients and their caregivers at the Hope Lodge. Margot Freudenberg volunteered with the Hope Lodge until her death at the age of 105 in 2013 and still holds the record as the longest-serving volunteer with the American Cancer Society. Organizations provide dinner five nights a week, and volunteers are often survivors or loved ones who have fallen in love with the mission of the Hope Lodge and who want to lift the spirits of those in treatment.

“It’s amazing how much the Hope Lodge has progressed in 50 years, from that one house to now four, with everything top-notch and absolutely gorgeous. And now there are more than 30 similar places around the country – this was the first,” Larry Freudenberg said. “The love that people develop for this place – my grandmother and others whose lives have changed within the walls of the Hope Lodge – it’s really special.” 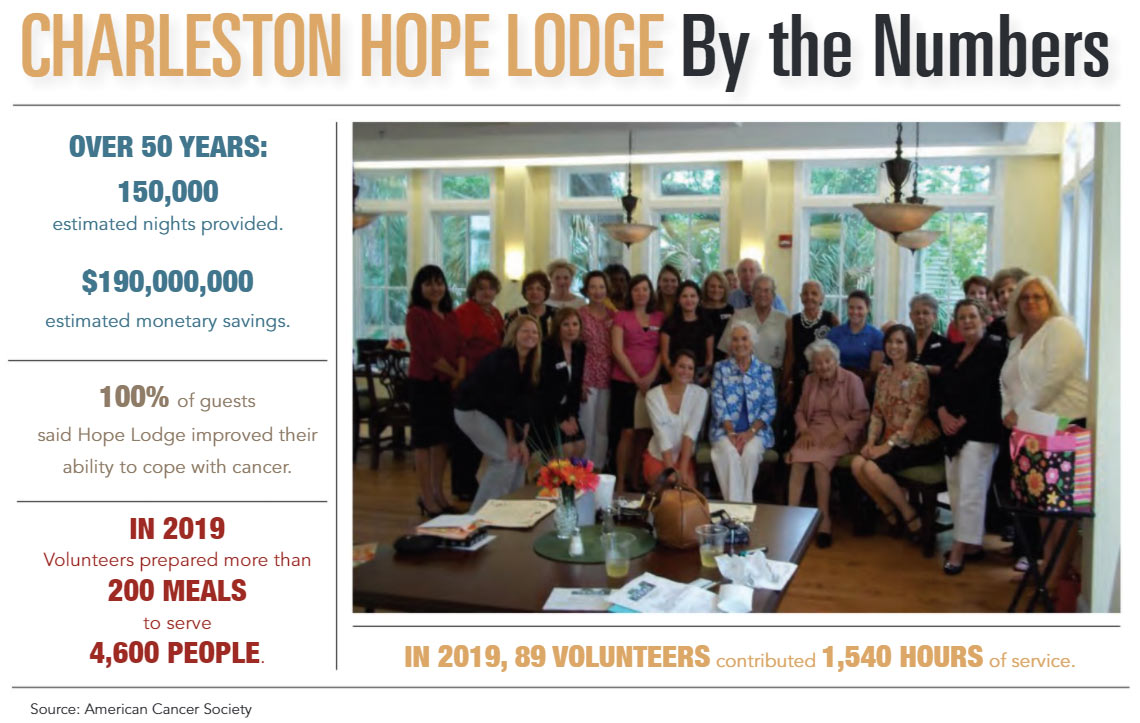