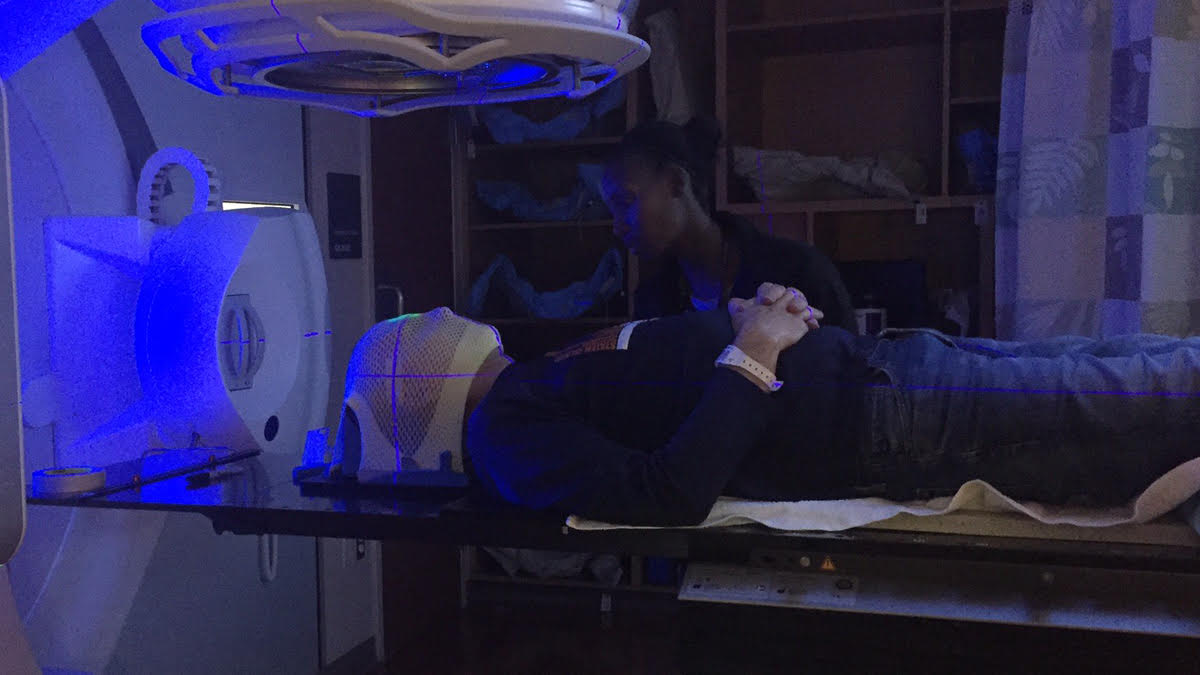 Meet John Bratton Fennell, an experienced long-distance runner who is currently engaged in the most hazardous race of his life. While this is neither a contest nor a route he would have willingly chosen, Fennell has accepted the challenge and is determined to finish well. His earlier experiences running in the Boston, Chicago and New York marathons may have been good preparation for finishing this final race. Unlike those earlier, predictable runs, today, Fennell is running against a lethal, unpredictable disease: glioblastoma – otherwise known as brain cancer – and, so far, he is winning.

Until the winter of 2016, life had been good for Fennell. Highly successful in his career as CFO for Burroughs & Chapin Company, Inc., he thoroughly enjoyed the financial and social rewards that accompany hard work and disciplined living. A generous man, he also found ways to give back to his Myrtle Beach community as a member of Rotary and as a founder-mentor for the Myrtle Beach Track Club, a running program for area youth.

However, by March 2017, significant physical problems were becoming evident. They included progressively worsening headaches, mood swings and cognition problems. Then Fennell started stumbling when he ran, occasionally falling. When getting up became too difficult, he turned to doctors. It took only one MRI to identify the culprit – a malignant and aggressive grade IV tumor that had set up shop in his brain.

Glioblastomas are insidious invaders. As fluid builds around the growing tumor, the brain swells, causing increased pressure. In addition to nausea and severe headaches, patients can experience neurological and memory issues, as well as seizures. Treatment is tricky because different cells respond to different protocols. The first step is to surgically remove as much of the tumor as possible. For this procedure, Fennell travelled to MD Anderson Cancer Center in Houston, one of the largest highest-ranked cancer treatment centers in the country. MD Anderson is known for tackling the most difficult and aggressive forms of cancer and for its innovative treatment protocols that include pain and stress therapies, counseling support and educational training for lifestyle changes.

Removing the tumor and enduring six weeks of radiation and short-term chemotherapy were only the beginning of his battle. Already weakened, he would need to continue chemo for a year. But Fennell is not a quitter, and, although he was unsure of his future, he was not ready to surrender easily. Adopting MD Anderson’s philosophy of “Living a happier life can make treatment more effective and prevent recurrence once treatment has ended,” he was determined to become as happy and healthy as possible. To give his mind and body every advantage, Fennell quieted himself with meditation and spiritual discipline, started exercising six days a week, picked up running again and adjusted his diet. So far, his strategy is working.

Approximately four times a year, it is checkup time with Dr. David Cachia, associate professor of the Brain and Spine Tumor Program at the Medical University of South Carolina and a supporter of making positive lifestyle changes in the battle against cancer.

“Eating a healthy balanced diet can build back strength after treatment or surgery. Being physically active during and after cancer diagnosis helps reduce anxiety and fatigue,” Dr. Cachia said.

Today, Fennell is retired from his career and happily adjusting to his new home just a couple of blocks away from the Charleston harbor. He is closer to his family and some friends who have been strong supporters in his battle against glioblastoma. He continues to exercise religiously and maintains a strict therapeutic ketogenic diet. He still enjoys running and is planning a family trip to Montana as well as a visit to the remaining few states still on his bucket list.

The scenic photos and honest, positive reflections he regularly posts on his Facebook page have attracted many who are seeking encouragement in their own battles. They find comfort when he talks about peace. He prays for more than 100 people by name – their condition meticulously recorded on a spreadsheet – and checks on some of them daily. They respond in kind, creating an amazing network of encouragement that circles the globe.

After three years of checkups, Fennell remains cancer free; however, he is well aware that the numbers are against him. It is rare to survive five years beyond diagnosis, but Fennell chooses to think positively: “For me, life is not a sprint; it is a marathon to be lived one day at a time. You can still finish the race, one mile at a time. I am intent to enjoy this journey and to spend my time encouraging others who are traveling it with me.”