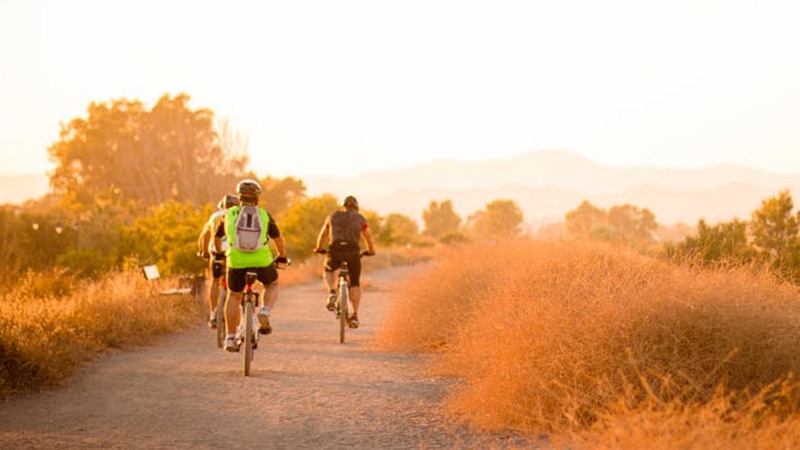 I first heard about Mary Decker, M.D. almost 20 years ago when she treated my husband for lung cancer. An illness as catastrophic as lung cancer brings with it a team of doctors who work hard for a cure. Even though I did not meet Dr. Decker at that time, my husband spoke very highly of her. I could tell that she literally held him up with her positive attitude. It made him feel as though he could beat the cancer.

He ultimately lost his battle with cancer. Losing patients is the hardest part of Mary Decker’s job but she is gratified that, through advances in treatment, she is able to help more patients survive. In fact, it seems that Decker receives as much from her patients as she gives. She has seen thousands of cases come through the Radiation Oncology department but always understands that, for the patient, it is the first time. And the diagnosis of cancer is almost overwhelming.

“I do try to remember,” Decker says, “that it is a new, first-time experience so you want to make it easier for people.” 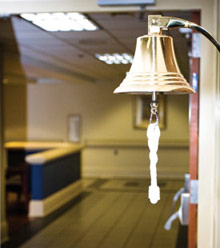 That compassion has lead to many relationships over the years. Decker tells of patients who come back to her department bearing gifts of food at holiday time. Going through the cure for cancer forges a grateful bond between patients and doctors. It goes way beyond medicine or radiation.

“When someone is in pain, they just need a nurse or a physician to talk to,” Decker says. “They need the validation. Sometimes just talking about it helps.”

Much of what Decker does destroys tumors and helps prolong life. Other patients benefit more from pain relief offered by radiation in combination with medication. Today’s medical advances mean that pain can often be controlled, assuring better quality of life.

“Probably the most satisfying part is relieving pain,” she says. “People have reached the end of their rope but we can alleviate the pain.”

Decker was actually an engineering student when she discovered a classmate’s physiology book and decided to change careers.

Originally, she intended to enter internal medicine but found that what she liked was really radiation oncology.

“I love it,” she explains. “We have great equipment. Radiation is an organ-sparing treatment and also offers a lot of pain relief.”

The fact that radiation causes fewer side effects than other traditional treatments such as chemotherapy is also a plus. Radiation continues to offer that benefit although new drugs that Decker calls “biologicals” are not as toxic. She encourages patients to follow their full regimen of treatment to achieve the best possible result.

Decker is married to Bill Mulbry, M.D., a psychiatrist at MUSC, and has three teenage boys. In her spare time, she loves playing tennis, working out and traveling.