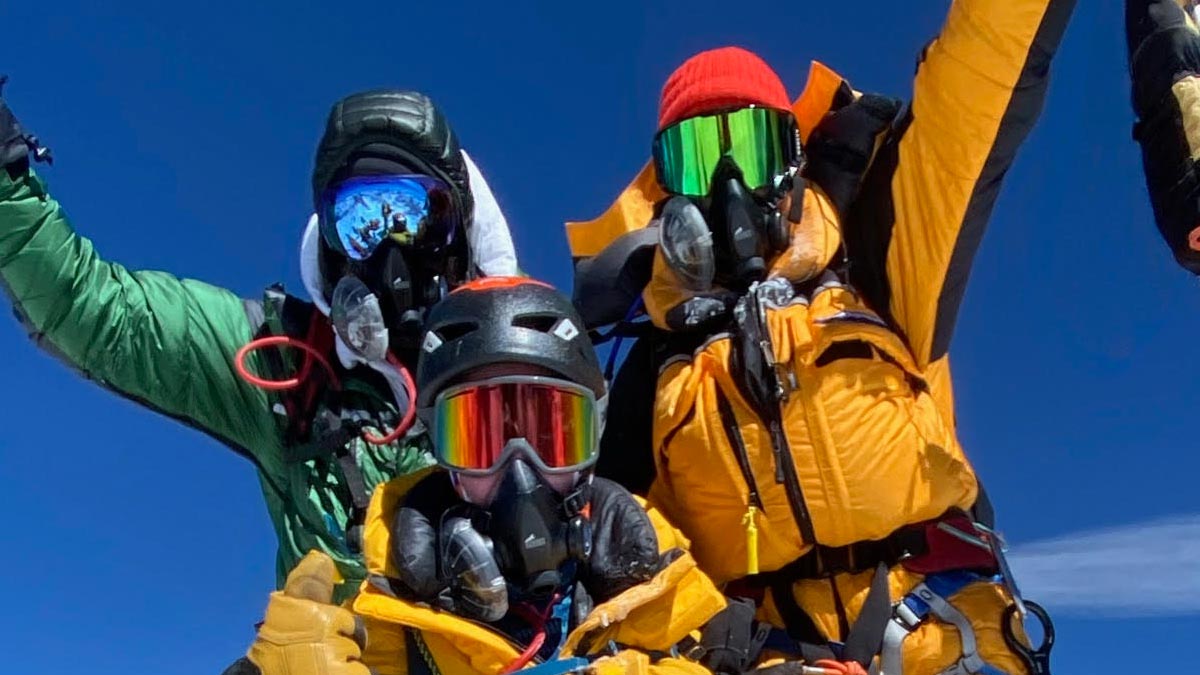 Race for the Cure. Alex’s Lemonade Stand. Relay for Life. Those are just a handful of well-known campaigns raising money to help those affected by cancer through research funding, supporting survivors and more. Other options like GoFundMe and CaringBridge allow supporters of those with cancer a chance to donate – either to an individual or to a bigger cause – and make a difference. People from varying backgrounds and with mixed connections to cancer have found unique ways to raise funds and make a difference, and, in South Carolina, Everyday Everest and Real Men Wear Pink are two fundraising campaigns that have inspired people to take action in the fight against cancer through donations and support.

The seeds for what would become Everyday Everest were sewn nearly 20 years ago when campaign founder Cokie Cox wrote a theoretical “perfect day” at the bidding of a consultant.

“Bizarrely, what hit the page was that I was going to climb the seven summits of the world. I had never climbed a mountain in my life,” Cox explained.

She did wind up climbing many mountains in the years that followed, “but I never imagined actually climbing Everest and wasn’t aspiring to do so – it just seemed a bridge too far.”

It wasn’t until bonding with a new climbing partner who conquered Denali alongside her that climbing Mount Everest was even a consideration.

“I had climbed the Himalayas before, and I just didn’t want to be there with the unknowns – unknown trust with a rope team partner, unknown people,” she continued. “But when my climbing partner asked me to climb Everest, I said I would. But I knew I had to make the journey something bigger than myself. The risk was great, but saying yes was bigger than me.”

That’s when the wheels began turning, and Cox set out on a mission. She had lost a grandmother and an aunt to cancer – in both situations she believes the outcome would have been different with earlier detection and diagnoses. As a board member of the MUSC Hollings Cancer Center, she was able to navigate the complexities of raising money for cancer, and soon Everyday Everest was born.

Everyday Everest’s goal was to raise $1 million to help in the fight against cancer. To engage anyone she could, Cox even included a pledge button on the website where supporters of the cause could simply pledge to prioritize their health by getting appropriate cancer screenings and following prevention guidelines.

“Everyone associates Everest with the loss of life and how risky it is, but I wanted to associate the idea with Everest giving life, which is why we want people to commit to and reprioritize themselves in health and wellness in the form of annual cancer health checks,” Cox said. “There’s a piece of me that wants to believe they’ll remember it – consciously or unconsciously, when someone makes that shift to reprioritize. That’s not something just for this year while I’m going up Everest; that ripple will continue in those people and Everest will continue to give life for a long time.”

Cox challenged Everest in May of this year and managed to beat her goal, raising $1.1 million. But even though the climb is over, she plans to continue raising money through the campaign, and to continue climbing new mountains.

“I have to say, it was not only my efforts to raise this. What happened was exactly what I wanted to happen: I leveraged a big sound bite about climbing Everest, and Hollings was able to use it to bring more eyes and more dollars,” Cox said. “Everyday Everest was the work of many. That’s a mountain of a feat in itself.”

“Real Men Wear Pink gives men a leadership role in the fight against breast cancer,” the Real Men Wear Pink website explained. “Community leaders around the nation use the power of pink to raise awareness and money for the American Cancer Society.”

Candidates for Real Men Wear Pink are encouraged to raise money through events and donations while drumming up interest across social media accounts and personal networks – and wearing pink throughout October. Their funds raised go through the American Cancer Society to fund cancer research, patient services and education about screenings and risk.

Leaders in the Real Men Wear Pink campaign are listed in order of funds raised in their respective areas, including Charleston and Eastern South Carolina, the Midlands and Upstate South Carolina. National standings for fundraising are listed online.

To get involved with Real Men Wear Pink, supporters can nominate a candidate, donate or volunteer.

Both Real Men Wear Pink and Everyday Everest are dedicated to their causes.

“There is no mountain or goal high enough when it comes to fighting against cancer, and we remain committed to raising as much as possible,” Cox said.