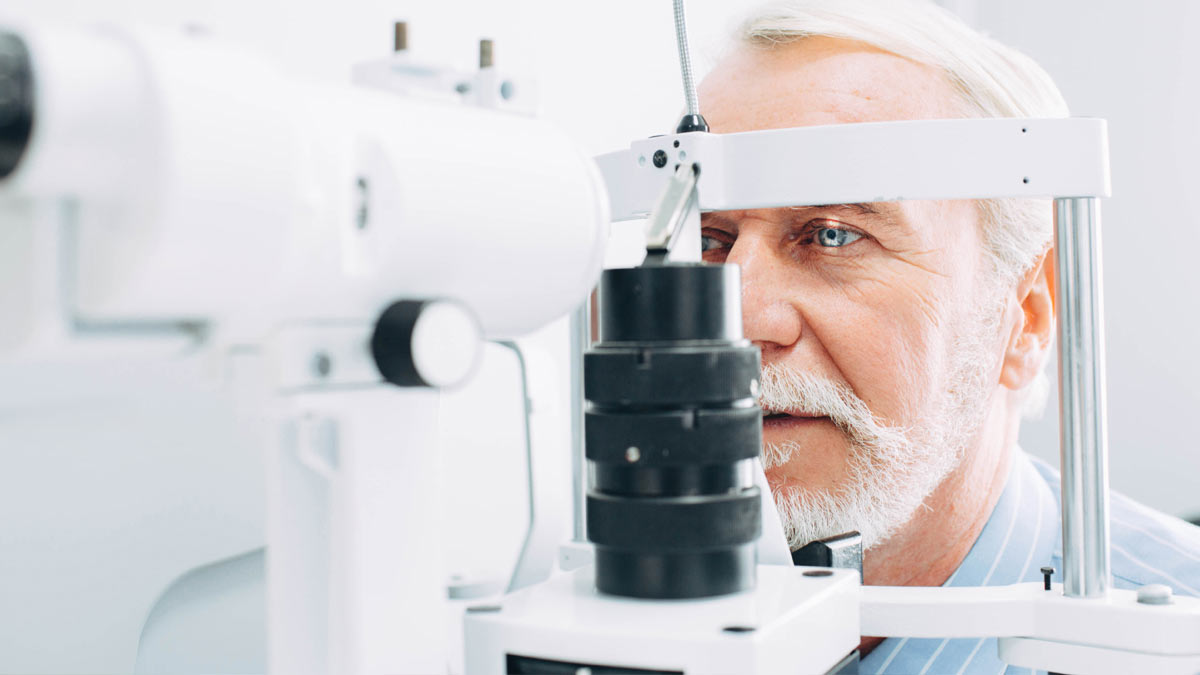 It was through a routine eye exam that Andy Bimonte, media consultant for Mount Pleasant Magazine, learned the reason for the sudden painless but rather blurry vision in his left eye. The doctors at Retina Consultants of Charleston diagnosed Bimonte with central retinal vein occlusion and began monthly treatments of eye injections that have not been a cure but have improved his vision significantly. He is currently being treated by Eric Jablon, M.D., of the same clinic.

Without prompt diagnosis and treatment, his vision in that eye could have been destroyed entirely. Keenly aware of the seriousness of the situation, Bimonte is quick to warn others, “Get regular eye checkups, especially if you notice any changes. If I had let this go, I could have lost the vision in this eye.”

What exactly is retinal vein occlusion? In simple terms, it’s a blockage of the retinal vein of the eye. The blood flow through the arterial vein that travels through the optic nerve or from secondary, smaller veins that drain the retina, is blocked by the overlying thickened retinal artery. The backed-up blood and fluid is forced into the surrounding areas, primarily the macula, which causes edema or swelling.

The results can be a painless but almost immediate blurring or a total loss of vision in one eye. Rarely are both eyes affected simultaneously, but there is a 10% chance of the second eye becoming problematic, depending upon the nature and severity of the underlying systemic risk factors.

A clinical diagnosis of CRVO involves discovering a typical pattern of retinal hemorrhages as well as listening to patient-reported symptoms. Blockage occurring in the main vein may cause swelling at the center of the retina, in the macula. Because there are a few other conditions, such as diabetic retinopathy, that can mimic this disease, doctors sometimes use fluorescein angiography imaging, which involves injecting dye into the patient’s arm, which travels to the retinal blood vessels for specialized pictures.

BRVO occurs when small clusters of blood vessels “branch” at arteriovenous intersections and block smaller veins. Peripheral vision may be lost and central vision blurred or distorted. An eye exam will check for retinal hemorrhaging, blood vessels that have twisted or thickened and retinal edema. Untreated, abnormal new blood cells can develop at blockage sites and cause “floaters.”

At this time, there is no known cause for retinal vein occlusions. However, several correlating risk factors, including high blood pressure, obesity, diabetes, atherosclerosis, glaucoma and old age, have been identified, according to Sreeni Basa, M.D., a retina specialist at Clemson Eye in the Upstate. He stresses that early detection is important because immediate treatment can manage the progression of the disease and restore vision to some extent.

Also, the eyes of younger patients are more responsive and can achieve at least partial recovery of deep retinal vasculature for an improved visual outcome.

“Most patients have some immediate improvement and respond quickly, if seen early,” emphasized Dr. Basa.

While it is not yet possible to unblock retinal veins, a double-faceted treatment plan can significantly improve and restore some vision. Addressing the underlying systemic issues, such as diabetes or hypertension, is often the first step and will improve overall wellness, which, in turn, supports the health of the affected eye.

Second, intravitreal injections of anti-vascular endothelial growth factor or corticosteroid drugs may reduce inflammation and macular edema. Three popular choices are Avantin®, Lucentis® and Eylea®. To minimize pain, the eye is first numbed by anesthetic eyedrops. According to Dr. Basa, preparing the eye with lidocaine drops can almost totally reduce eye discomfort during the injection.

Focal laser therapy also can decrease edema. Several other treatment possibilities, such as the use of vitamins and antithrombotic drugs, optic nerve decompression and surgical vitrectomy, are also available or being studied. There are exciting possibilities on the horizon. In the meantime, while not yet curable, early detection and treatment of retinal vein occlusion can make a huge difference in your future vision.

Just ask the doctors at Clemson Eye or Retina Consultants of Charleston. 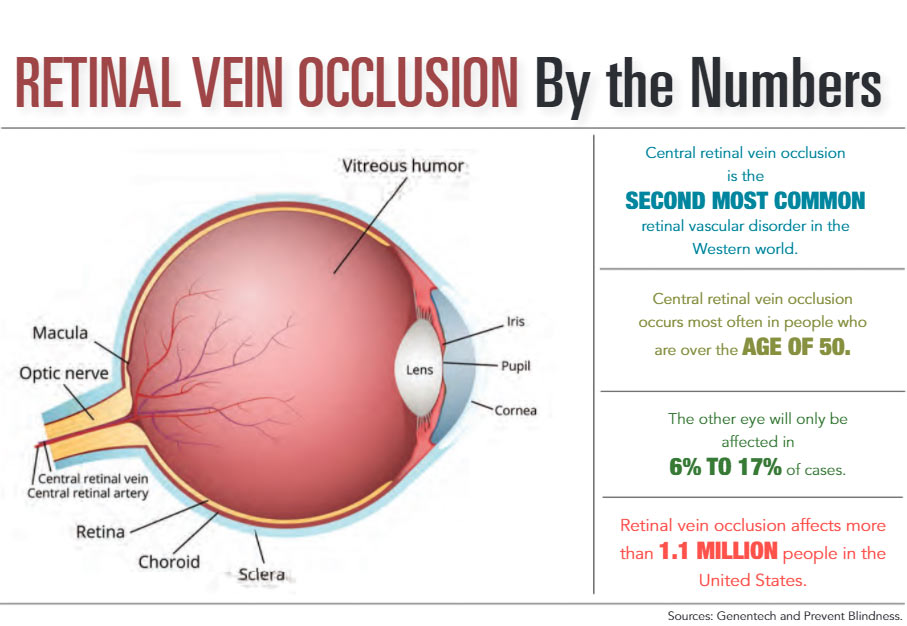