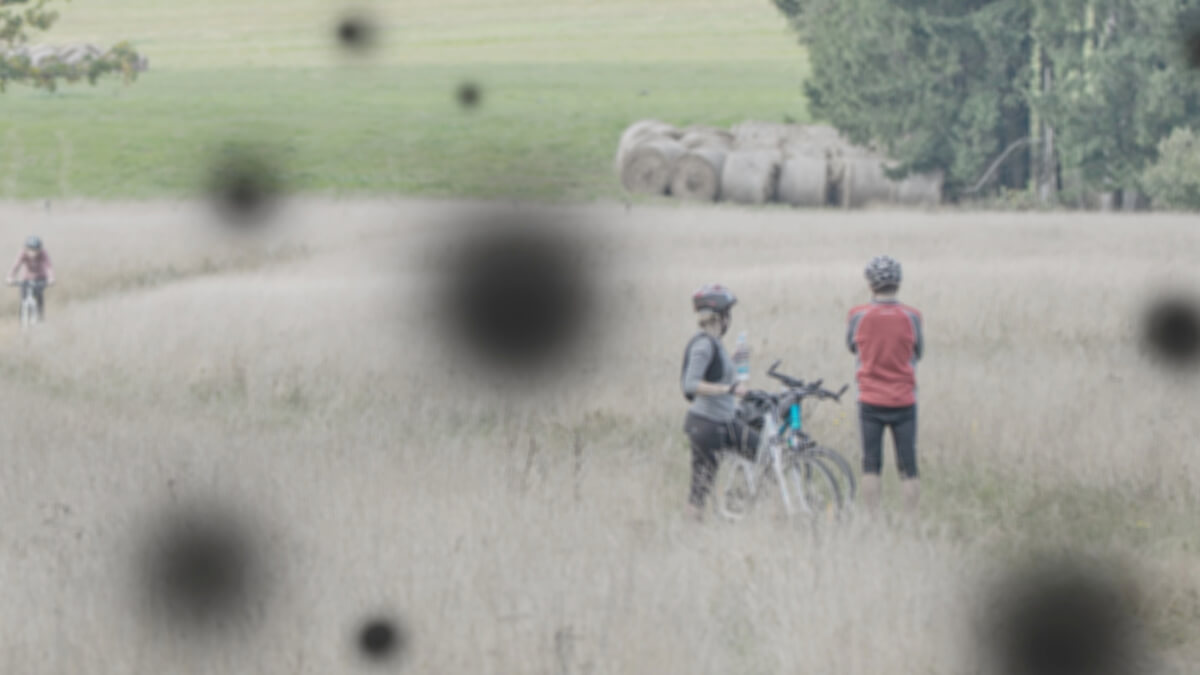 Are you bothered by what might be described as cobwebs, swirling amoebas, dancing squigglies or strange black dots every time you open your eyes? Do flashes of light that seem to originate somewhere inside your head remind you of Independence Day fireworks? If your line of sight is interrupted by these unwelcome issues, you’re not alone.

Floaters and flashes are common maladies that become increasingly prevalent as you age. And though there’s a chance that they might be no more than an inconvenience, it’s entirely possible that they could be a sign that trouble brewing in your eyes has the potential to cause long-term damage and even blindness.

Regardless of what shape it takes, a floater is “a spot in our vision that moves and floats when you move your eye,” according to Dr. Brad Bodkin, the founder and owner of The Vision Center at Seaside Farms in Mount Pleasant. He said floaters are caused most frequently when the vitreous, or gel, that fills the back of the eye pulls away from the retina, the light-sensitive layer of tissue that communicates information about images to your brain.

Dr. Eric Nelson of Carolina Vision Associates in Upstate South Carolina pointed out that the vitreous, which is firm at birth, tends to deteriorate over time, causing pieces to break off and create those optical annoyances. Both optometrists agreed that there are limited treatments for floaters, though Dr. Bodkin said that procedures with lasers may work “in some cases.”

Usually, though, once you notice floaters, they’ll probably never leave you completely. Dr. Nelson said over time, gravity pulls them toward the bottom of your eye and possibly out of your field of vision.

“The further down they are, the less likely you are going to notice them. But they won’t sink all the way to the bottom. It depends on the starting point. A piece of the vitreous is only going to fall so far.”

“They are always present, but our brain learns to tune them out,” Dr. Bodkin noted. “You don’t notice them as much as you did in the beginning.”

That doesn’t mean, however, that you should ignore them.

“They can be serious. The symptoms of a retinal tear or detachment can be a new floater,” Dr. Nelson said. “The best thing to do is to let an eye doctor look at it and make sure the retina is safe. If there is damage, it is usually permanent or semipermanent. If there’s a tear, the cells die and don’t come back.”

“A retinal tear can be fixed with a laser, but a full-blown detachment is pretty invasive surgery,” he added. “Whenever you see flashes and new floaters, make sure a doctor looks at you within 24 hours. If you have lots and lots of floaters and flashes, it’s a sign that something has happened to the retina.”

Flashes, which might look like lightning streaks originating somewhere near your eye, eventually subside but also can be a sign that something is seriously amiss. Dr. Bodkin said they can be caused by any type of tugging on the retina, adding that they also might be a result of your brain “thinking something is happening.”

“Flashes can be brain-related. It’s usually some sort of trauma to the head that causes neurons to fire and confuses your brain,” he commented.

According to Dr. Bodkin, standard procedure when a patient complains of floaters or flashes is to dilate the eye so it can be examined directly. He said imaging also is helpful to confirm or document his findings.

Dr. Nelson pointed out that floaters are usually part of the aging process. He said at the age of 50, you have a 50% chance of having to deal with them, with your odds of having them increasing by 10% every decade.

“It’s a symptom of having more candles on your birthday cake,” he said.

Though Dr. Bodkin agreed that candles and floaters are closely related, he added that floaters can occur at any age and can be caused by any type of trauma to the head, “from violent vibrations to anything that jostles the eye.”

Both optometrists agreed that it’s vitally important to visit an eye-care specialist as soon as possible after you notice floaters or flashes. Your ability to use your eyes to interact with the world might depend on it.