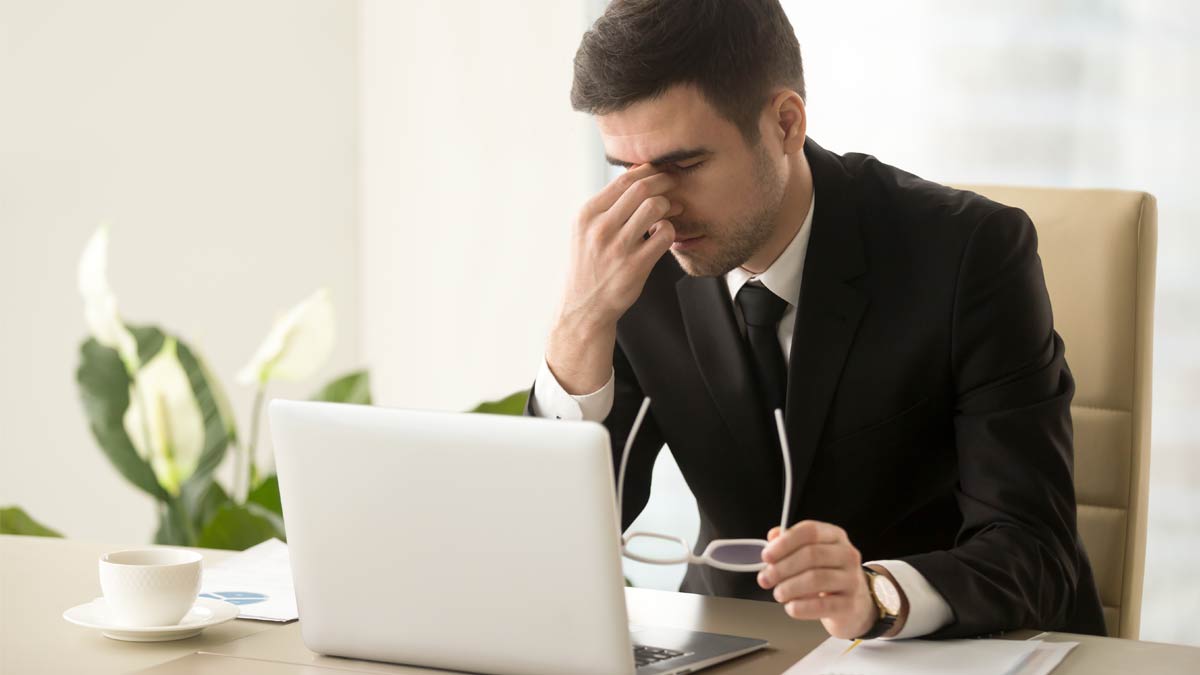 Whether your eyes are baby blue, hazel, green or brown, there’s a good chance that they’re spending more time glued to a screen rather than looking at just about anything else.

Just take a look around in any public place and you’ll see more people staring at their smartphones and tablets than enjoying their surroundings. It’s not uncommon to see people sitting at a table together at a restaurant, but, instead of enjoying each other’s company or the carefully-planned atmosphere of the restaurant, they’re checking their Facebook feeds, snapping photos of their beautifully-plated foods or sending tweets to people far away.

About 75 percent of adults said they owned a smartphone in a 2014 Pew Research study. In that same study, 89 percent of mobile phone users said they used their phone in a recent social gathering.

And while this big change has certainly affected the way people socialize (or rather, don’t socialize) with each other, their relationships and even their attention spans, it’s also affecting the very thing we need to see those devices: Our eyes.

“Our offices have seen a large increase in the number of patients experiencing eyestrain and headaches associated with devices they are viewing,” said Dr. Justin Dungan at Ocean Eye in Summerville. “The prevalence of dry eyes is also increasing, and we’re not seeing any signs of this slowing down.”

Dry eyes and eyestrain are two problems that studies have found are directly connected to smartphone use, especially in children. That’s because when people are looking at a screen, whether it’s a smartphone, computer or television screen, they tend to blink less, which can be a major contributing factor for dry eye.

“Studies show that when we are focused on near work like using computers or other digital screen devices, our blink rate drops a half to a third,” said Dr. Julie S. Bullard, of Mt. Pleasant Eye Surgeons.

“People can develop blurry vision, fatigue or eyestrain. So remind yourself to blink,” she said.

“Staring at your computer screen, smartphone or other digital devices for long periods exposes you to blue light,” Dr. Bullard said. “This won’t cause permanent eye damage, but your eyes may feel dry and tired.”

While blue light might not cause lasting damage to your eyes, it’s a good idea to minimize it whenever possible. People who work at computers all day long might consider getting some blue-light-blocking glasses, which can help prevent eyestrain.

It’s also noteworthy that screens aren’t the only place people are exposed to blue light. According to the American Academy of Ophthalmology, “Although people often associate blue light with computers and phones, the largest source of blue light is sunlight. Other sources include fluorescent light, compact fluorescent light bulbs and LED light. Blue-light exposure from screens is much less than the amount of exposure from the sun. It’s also no more damaging than blue light from the sun.”

While there’s no evidence that blue light harms your eyes, it can affect your ability to sleep at night, because it awakens and stimulates. That’s why most experts suggest turning off all screens at least an hour or two before bed. 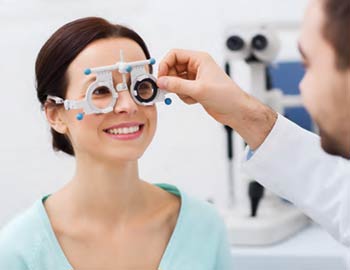 How can you keep your eyes healthy when you’re surrounded by technology at work and play? One of the best things you can do is make sure you take plenty of breaks to let your eyes rest.

If you work at a computer, it’s important to set up your workstation so that you’re about 25 inches away from your screen and in a position slightly below your eye line.

“If you have to move your eyes up to see the top of the computer screen, its too high,” Dr. Bullard said.

Reduce the glare on screens by getting a matte screen. Artificial tears can also be helpful in avoiding dry eye. Of course, getting comprehensive eye exams regularly is essential as well.

Because the use of mobile devices is so new, there haven’t been many studies on how they affect our health in the long-term. What we do know is that putting limits on how much we look at all types of screens is a good idea for many reasons – our eye health being just one of a myriad of things that are impacted by screen time. Experts recommend that children and adults spend time outdoors and make an effort to use screens in moderation.

“Beyond the 20-20-20 rule and workplace ergonomics as it relates to our eye health, I’m growing more and more convinced that continual screen use is having a negative effect on our relationships, especially that of our spouse and children,” said Dr. Dungan. “While I must admit that I use my phone a lot, I recommend my patients restrict its use as much as possible in order to have meaningful conversations with those around us. I see that as a major regret some of us are going to have later in life – that we let our devices get in the way of a meaningful connection with those that we love that are right in front of us.”

When the weather heats up, more people head to local beaches, pools and water parks to cool off on sunny days. But while getting outside and enjoying the sunshine can be great for your spirit, it can be anything but fun for your eyes if you don’t adequately protect them. The sun’s rays have been linked to macular degeneration, earlier development of cataracts and pterygium, a tissue growth over the eye that can cause a stigmatism.

Make sure you wear sunglasses that block 99 percent to 100 percent of both UVA and UVB rays whenever you’re outside – even if it’s overcast. Polarized glasses decrease glare but do not change UV protection, Dr. Bullard noted.

If you have children, insist that they wear sunglasses, too.

“As a parent myself, I cannot emphasize enough the importance of kids wearing sunglasses with UV protection when they are outside – even on a cloudy day,” Dr. Dungan said. “Many studies have shown that much of the damage our eyes sustain from UV exposure while outside happens before our 18th birthday.”

The Newest Technology in LASIK

If you’re one of the 33 percent of Americans who has myopia, or nearsightedness, there might be good news for you. If you’ve been waiting to get LASIK, the procedure that uses a laser to correct vision by reshaping the inner cornea of the eye, now might be a great time. The popular eye surgery is getting more precise and more affordable.

“We’re all about convenience,” said Bridget Mazzei, the center manager for LASIK Vision Institute. “After you get LASIK, you wake up, you open your eyes and you can see. You don’t have to find your glasses on your nightstand to see your clock.”

“We use the term HD because it’s the best quality,” she explained. “It brightens up your colors, makes everything more clear and eliminates night glare and halos.”

Another new development in recent years is affordability. The average cost of LASIK surgery is $2,400 to $3,000 per eye, so even though it’s considered an elective surgery by health insurance companies, it’s not out of reach for most people.