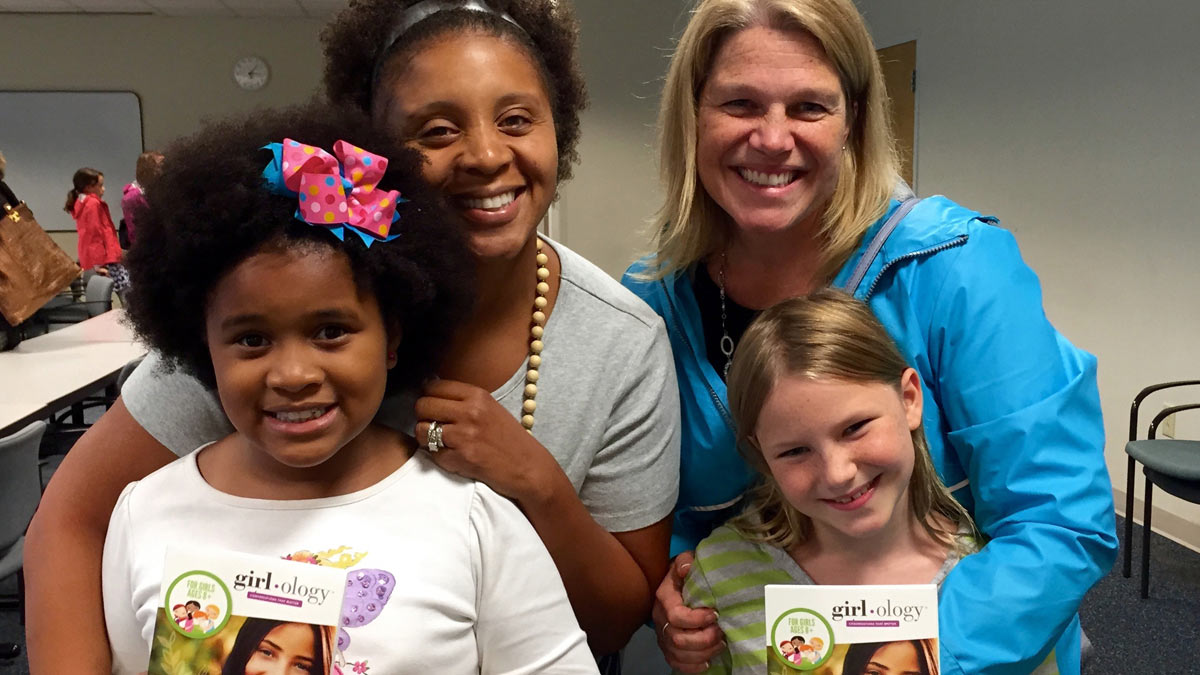 When Dr. Melisa Holmes agreed to talk to her boss’ daughter about puberty, she had no idea that it would lead to Girlology, a nationwide program that has provided age-appropriate sexuality education to hundreds of thousands of girls.

Dr. Holmes was a practicing OB-GYN in Charleston in 2003 when her boss’ wife asked if she would talk to her daughter about puberty and periods. At first, Holmes laughed off the request, telling the woman that she was sure she and her husband, a gynecologist, could handle it. Then Holmes realized the woman was serious. She agreed but told the woman to invite all of her daughter’s friends and their moms, too.

Soon after, 11 sets of fourth-grade girls and moms gathered in the lobby of Dr. Holmes’ office on a Saturday afternoon for a puberty class. After that session ended and word spread, she received calls for days from other parents asking her to offer another session.

The second doctor was Charleston pediatrician Dr. Trish Hutchison, the other co-founder of Girlology.

“Between our two families, we have five girls,” said Dr. Holmes, who was affiliated with Prisma Health but stopped seeing patients two years ago to concentrate on Girlology full-time. “We live Girlology every day.”

“Puberty is starting earlier for both girls and boys. Some schools teach it in fifth grade, and that’s just too late,” Dr. Holmes said. “By the time they’re in middle school, they think they know everything because they’ve looked at the internet. It’s hard to talk to them. One of our goals is to present a topic to kids when they think it’s a little edgy. We always try to catch them on the front end of where they are developmentally.”

Drs. Holmes and Hutchison started Guyology, a program for boys and their parents, in 2012.

Girlology now covers other girls’ health topics, thanks once again to the boss’ wife. As the original group of girls was getting older, the woman told Dr. Holmes they were ready for the next talk. The doctors talked about reproduction and sex, but they soon realized they also needed to cover self-esteem, body image and the media, healthy relationships and reproductive health. The reproduction class for fifth and sixth graders is co-ed.

“Parents are pretty nervous sometimes,” Dr. Holmes said. “But the parents see kids are used to being in co-ed groups and to separate them by gender is not more comfortable for kids. We’re trying to change the culture of how we educate our children about sexuality. If you get them talking matter-of-factly about this in sixth grade, think about how their communication improves as they age and eventually have partners. They are more comfortable having these conversations.”

Demand has exceeded the co-founders’ ability to handle all the requests, so they trained physicians in the Girlology curriculum. There are about 55 of them across the country.

Dr. Holmes said they emphasize the classes shouldn’t be the beginning, not the end, of the conversation about puberty and sexuality.

“It’s not just a talk. You don’t just have a puberty talk or a sex talk and check the box,” Dr. Holmes said. “They are ongoing conversations because there’s so much to discuss. We model an easier way to have these conversations. Girlology is a springboard to keep talking.”