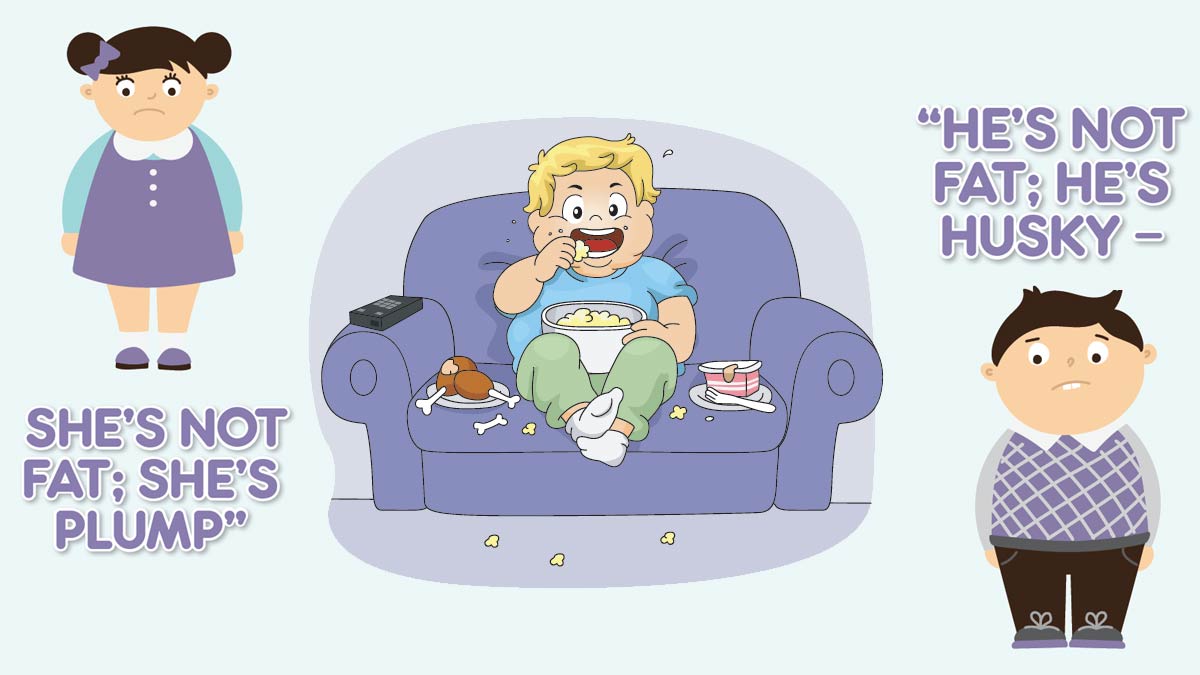 Remember when you were a kid at the dinner table and Mom urged you to eat those Brussels sprouts you’d tried to hide under the corner of your napkin? She might have asked you to “Think of all those starving children in…” some real or fictional developing nation where children your age would clamor for Brussels sprouts.Turns out Mom was mostly right. Those veggies would have been good food for those distant, hungry souls and possibly even better food for you.

And let’s not forget that no mother ever had to cajole her children into finishing their ice cream, candy bars or pecan pie.

Food plays a major role, although not the only role, in an insidious health problem that has been growing in the United States and to a lesser extent worldwide – childhood obesity. U.S. statistics show that in the 1970s and 1980s, approximately 5 percent of children were obese. By the year 2000, that number had risen to 13 percent. Today, that percentage stands at around 18 percent. By comparison, national figures for adults place obesity at a whopping 35 percent!

Obviously, all of those obese adults didn’t just wake up one morning carrying way too much poundage. Old habits die hard, and the habits that led them down the road to corpulence were formed as far back as when they were toddlers. Unfortunately, while obesity is rarely purely genetic, it can still be handed down from generation to generation. Recent studies have shown that if one parent is obese, their children are three times as likely to be overweight as well. If both parents are obese, that likelihood soars to 10 times higher.

So, what is obesity? Dr. Ashley Wells of Sweetgrass Pediatrics – with six offices throughout the Lowcountry – concurs with the Centers for Disease Control and Prevention that a Body Mass Index, or BMI, higher than the 95th percentile is obese. There are other factors to consider, such as muscularity, larger than average body frame size and differing rates of growth. But, in general, BMI is the gold standard. (Note: You can determine your own child’s BMI by searching for “BMI Calculator” and simply plugging in their height and weight.)

Dr. Wells said she sees overweight and obesity regularly in her practice.

“It’s very common. It’s been decades in the making. We see it early on and address it every visit. It’s become that much of a public health threat and an individual health threat,” she said.

The “why” of childhood obesity is relatively easy to understand. At even the youngest ages, children are exposed to high calorie, low-nutrition foods while at the same time getting much less exercise than previous generations. Healthful foods such as fruits and vegetables are replaced by convenience foods, sugary snacks and even more or less wholesome meals served in heaping portions. And, not only organized sports but simple active play has given way to excessive television viewing, obsessive playing of video games and hours spent on computers and smartphones.

“It’s a multifaceted problem,” Dr. Wells said. “There’s a distinct lifestyle component that is dictated largely by the parents’ choices. Children aren’t the ones making food choices or deciding to go out for fast food two or three times a week.”

The “why worry” is just as clear. Medically, an obese child is at risk for a host of serious health problems, ranging from type 2 diabetes to high blood pressure, high blood sugar, high triglycerides and low HDL “good” cholesterol. Children who are overweight or obese are also more prone to asthma, non-alcoholic fatty liver disease and obstructive sleep apnea.

“We are seeing more and more adult health problems in our pediatric population, just by the nature of having a higher percentage of obesity,” Dr. Well said.

Socially and psychologically, an obese child also runs a greater risk of suffering depression, poor interpersonal skills, low self-esteem and the likelihood of being bullied.

Asked if parents feel offended or become defensive when told that their boy or girl is obese, Dr. Wells said that, in her experience, the opposite is true.

“Every family I have spoken to is happy for the information,” she said.

“Perhaps that’s because, particularly with younger children, we don’t ask families to cut back dramatically on calories. Such an aggressive diet would likely be unhealthy and unsustainable. Excess weight is simply a matter of calories taken in compared to calories expended. A combination of improved nutrition and increased energy expenditure is the key,” she said.

What can be done about this obesity epidemic that so often begins in young children and progresses to obese teens and obese adults? Much of the answer lies simply in providing healthful foods, eliminating sugary snacks and sugar-sweetened beverages – even fruit juices – and substituting at least one hour a day of active play for one hour of sedentary non-activity. Reducing portion sizes at meals and dining out less frequently will also help.

More radical measures than lifestyle changes, such as medication and weightloss surgery, may seem like attractive options when dealing with an obese child. However, both involve risks and complications and neither should be considered without the advice and consent of a team of pediatric specialists, including a nutritionist.

“Consistently better nutrition. More exercise – especially sports, which can have so many other positive benefits on children’s lives. Less fast food,” she said.

“It can be very hard for families to radically change their habits,” she observed. “That’s why, as doctors, we encourage them to set achievable, quantifiable goals. It’s vague to suggest they cut down on their fast food visits but specific to recommend they cut down from three times a week to two or even one. That’s realistic and attainable.”

Perhaps the most challenging response to childhood obesity is setting a good example. Just as obese parents tend to raise obese children, inactive parents tend to raise inactive children. Seeing parents turn off the TV to go to the gym or take a nice long walk can encourage children to follow suit. And, if Mom wants Junior to eat all those Brussels sprouts, she’d better be prepared to eat her share as well. 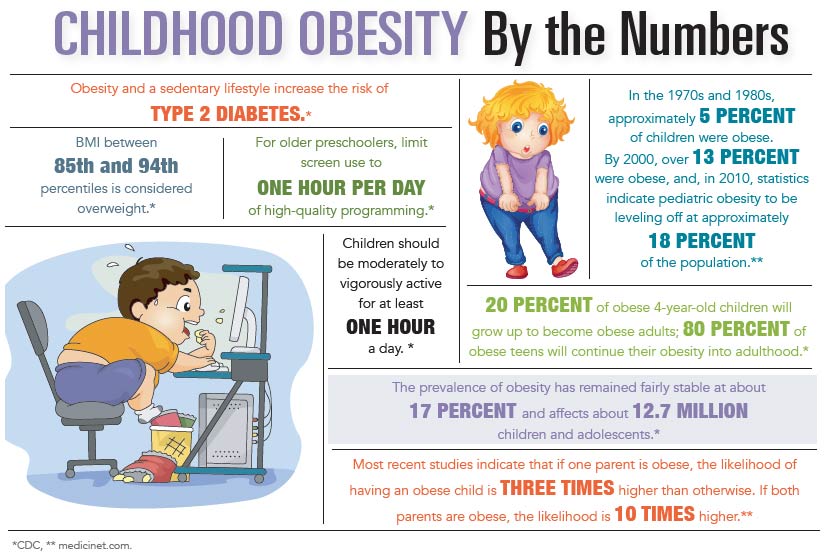